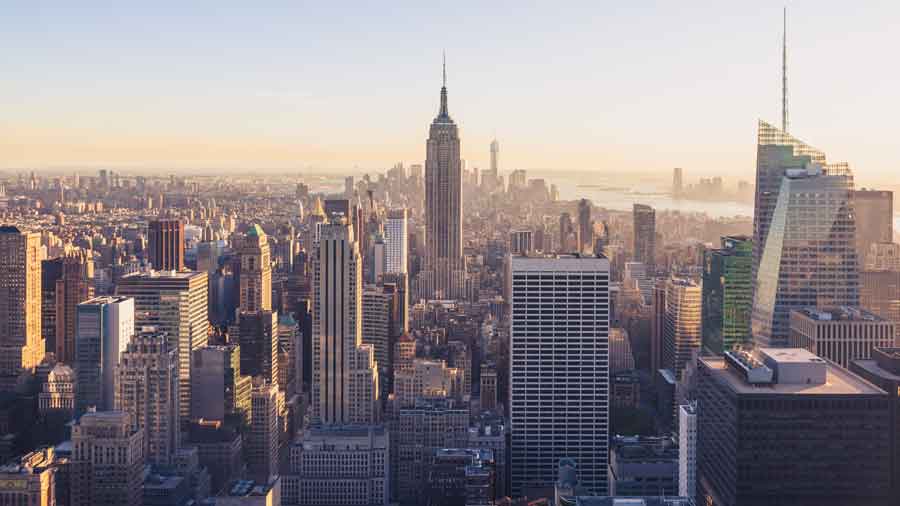 Today marks the 16th anniversary of the terrorist attacks on the World Trade Center. Here, we look back on that fateful day.

What may be most remarkable about the 16th anniversary of 9-11 is that, in 16 years, nothing like it has happened again. Nothing as cataclysmic. Nothing with a comparable loss of lives in a North American metropolis.

In our disbelief that something so shocking and unimaginable actually happened, we also believed deep down where primal fears lurk that if the unthinkable could happen once, it could happen again and again, in any city.

I remember getting a phone call from a friend around noon that day telling me to turn on the TV because a plane had flown into the World Trade Center.

“Must have been a small plane that lost control,” I surmised.

For hours and days, we watched countless replays of those awful, mesmerizing moments when first one, then another plane, toppled the Twin Towers as if they were made of a child’s wooden blocks.

In a few hours, foreign fighters accomplished what no foreign entity had done before: they attacked the United States mainland with such devastating destruction and loss of life that our sense of security in being a continent apart was laid waste.

It changed everything for everyone, but especially it changed the lives of thousands of families whose loved ones perished in the explosion, in the fire or in a fall to the concrete below or who were critically injured or maimed.

For most people, in their hearts and minds, 9-11 was the day the 21st century really began.

It was almost Freudian, suggested one Manhattan psychiatrist at the time, the attack on One World Trade Center, New York’s tallest building reaching more than 100 stories into the sky, collapsing it down to rubble.

Coupled with the attack on the Pentagon the same day, the terrorists who had infiltrated American life and turned American airplanes into weapons, struck a blow at the very potency and power of America.

But there were heroes aplenty that day 16 years ago, the firefighters and first responders and the people aboard United Flight 93 who charged the cockpit and forced the hijackers to crash the plane in a Pennsylvania field instead of flying it into the White House.

New York bounced back as did Boston after the Marathon Bombing, as did San Bernardino and Orlando and every other place where terrorists, whether politically motivated or mentally disturbed, tried to wreak havoc.

Even before 9-11, of course, there were other mass murders, suicide bombings, plane hijackings, assassinations.

And there have been many more since in other countries—France, Belgium, Nigeria, Israel, Britain, Spain, Indonesia—including our own.

In October 2014, two Canadian Forces members were hit by a recent Muslim convert in Quebec. Two days later, another convert to Islam shot a Canadian solder guarding the War Memorial in Ottawa and then stormed the parliament building where he was gunned down.

In 2006, the “Toronto 18” were arrested by Canadian counter-terrorism forces. Inspired by al-Qaeda, they were planning mass terror attacks in Ottawa that included taking hostages and beheading Canadian leaders including the Prime Minister.

The new normal in North America that was thrust on us by 9/11 is distrust of others, looking over our shoulders, startling at the sound of a loud bang in public places, trepidation about even going to public places or mass gatherings, taking our shoes and jackets and belts off before walking through metal detectors at the airport, heeding the U.S. Homeland Security’s instruction that “if you see something, say something.”

We can’t afford to be carefree anymore. We have to be wary. Risk is with us when we take the subway, go to a baseball game, board a flight, walk down the street anywhere in the world.

But we have learned to live with that risk and go about our business and carry on with our celebrations of life and country and if that isn’t a triumph over terrorism, I don’t know what is.