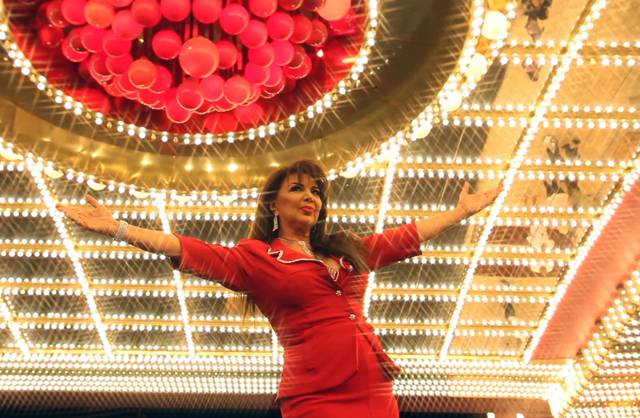 Scene from Beauties of the Night, courtesy of TIFF

Let’s make a pact. No need to shake on it. We’ll just know.

This is where our pact comes in. We’ll call it the “Magnificent Seven Pact,” a new TIFF trend where for every blockbuster you see featuring Hollywood heavyweights sauntering along in all their glory, be it in the wild west or down the red carpet, you also screen a “not-buster” that could actually use the TIFF rub.

Not-busters are the not-so-famous flicks, mostly low key and sometimes low budget. But as this is a celebration of film – you know, the first “F” in TIFF – audience support and word of mouth are crucial. Surprise hits like Slumdog Millionaire, which charmed TIFF audiences in 2008, or Silver Linings Playbook, which got a gala in 2012, both won the fest’s People’s Choice Award and hit it big at the Oscars (with the former winning for Best Picture).

Then there are the films that you really should see, because if you don’t see them at TIFF you’ll probably never see them, of which the 2013 festival offered a myriad of examples. I’ve personally never seen a line to get into a TIFF film as long as the one for the George Clooney/Sandra Bullock sic-fi blockbuster Gravity — a film released in theatres only a month later.

Rather than stand in line for any of the multiple screenings of Gravity I checked out the Italian film The Great Beauty, directed by Paolo Sorrentino, about a 65-year-old writer known as Rome’s “king of the high life” who reflects on the emptiness of his life and ways to save it. I told people at the time that it deserved the Best Foreign Film Oscar at the 2014 Academy Awards, which it eventually went on to win. I also skipped the Gravity lines to see Gloria and Cannibal, two distinct twists on romance — the first is about finding a later-in-life lover and the second about eating them.

All three of these films blew me away and all three received little or no fanfare upon their release in local cinemas after the festival — if they even were released locally. That’s the thing about not-busters — if you skip them to see the Hollywood fare that’s going to be in wide release in a few months anyway (in the case of The Magnificent Seven, it’s literally in theatres five days after TIFF wraps for the year), you may never get a chance to see them.

Last year, for example, while films like The Magnificent Seven or La La Land, a musical starring Ryan Gosling and Emma Stone, dominate red carpets and headlines, the German film Toni Erdmann, about a 70-something father who attempts to reconnect with his daughter through a series of pranks, which Germany announced as their Best Foreign Film entry at the upcoming Oscars, or Beauties of the Night, a Mexican documentary about seniors who still happily work as Mexican showgirls, are two examples of compelling and original films that will likely go largely unnoticed by the mainstream.

They’re also two of the many films that, if you don’t see them at TIFF, you may not have a chance to see them in theatres at all.

It all seems very “now or never” when it comes to the not-busters, but the beauty of this sort of film is that they show up everywhere: Vancouver and Montreal’s September film fests, the Niagara Integrated Film Festival (launched by the folks who founded TIFF) and any of the other 100 or so annual Canuck film fests that may be screening in a city or town near you.

So lets move ahead with our pact. And all you stargazers out there — you’re welcome to join us too. After all, without not-busters to jump start their careers, most celebs would wind up on the B-side of the after-party with the rest of us.