Nostalgia: 9 Musicians Who Changed Their Names 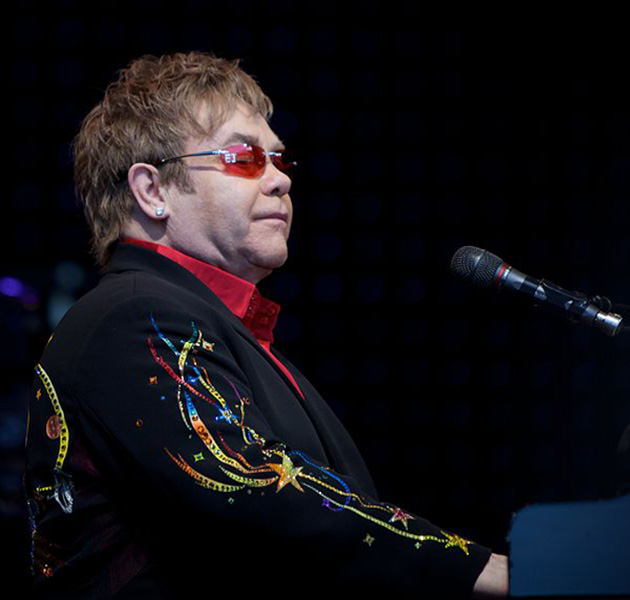 Roberta? Declan? Stevland? If you’re one of those people who thinks they know everything—and we mean everything—about their favourite musicians, guess again.

While it’s not uncommon for celebrities to adopt a new moniker while on their quest for fame, even some of these name changes took us by surprise!

Click through below to find out why some of our favourite artists chose to cut ties with their original given names. Birth name: Reginald Kenneth Dwight
Story: All right, so quite a few of you may already know this one: It turns out saxophonist Elton Dean and blues singer Long John Baldry provided the inspiration behind the legendary Elton John’s stage name. In 1967, the longtime fan of Dean and Baldry had his name legally changed to Elton Hercules John. Interestingly, the “Hercules” part comes not from the mythological hero, but from a horse on the British TV sitcom, Steptoe and Son. Birth name: Stevland Hardaway Judkins
Story: Known simply as Little Stevie when he made his debut in the early 1960s, it wasn’t until Wonder hit puberty and noticed the change in his voice that he decided he wanted a more mature moniker. He reemerged to the spotlight in 1965 after a brief hiatus with new songs and a brand new name—Stevie Wonder. Birth name: Declan Patrick MacManus
Story: His father was a popular bandleader who went by the stage name Day Costello. It was because of this that, at a young age, he went by the name D.P. Costello instead of using his given surname. It was shortly before the release of his first single, “Less Than Zero,” in 1977 that the younger Costello decided to also nab the first name of his idol, Elvis Presley, at his manager’s insistence. Birth name: Anna Mae Bullock
Story: The songstress married Ike Turner in 1962 and took his last name. It was during their marriage that Ike began to refer to Anna Mae as “Tina,” and so the name stuck. It’s been reported that Ike’s insistence that she change her first name and take his surname was an attempt to prevent her from running off and leaving his band Kings of Rhythm to “make a name for herself.” He felt that, should Anna Mae leave him, he could simply replace her with another singer and call her Tina Turner instead. But when the couple divorced in 1978, Tina set off to do exactly what Ike feared she would—she made a name for herself. Birth name: Cherilyn Sarkisian
Story: Most of us forget that Sonny and Cher once went by the stage name Caesar and Cleo in the early 1960s. Thankfully, it was short-lived. By 1965, with the release of “I Got You Babe,” the pair renamed themselves Sonny and Cher and the rest, as they say, was history. Birth name: Roberta Joan Anderson
Story: At the age of 13, she switched her name from Joan (which she used instead of Roberta) to Joni because she liked the way the “i” in the last name of her art teacher looked on canvas. Soon afterward, at the age of 20, she married folk singer Chuck Mitchell. Birth name: Gordon Matthew Thomas Sumner
Story: Back in the early 1970s, before the debut of the Police, Sting played in a jazz fusion band and was known for wearing the same black and yellow striped sweater at the majority of their shows. One of his bandmates commented that he resembled a bumblebee. So, thanks to an old striped sweater, “Sting” stuck as a stage name.

Birth name: David Jones
Story: In 1964, as a member of the King Bees, the future Ziggy Stardust released his first single as Davie Jones. But the rise of The Monkees—and their charming British frontman, Davy Jones—led to confusion among their fan bases, so he settled on a stage name taken from American pioneer Jim Bowie—and the iconic knife that’s named after him.