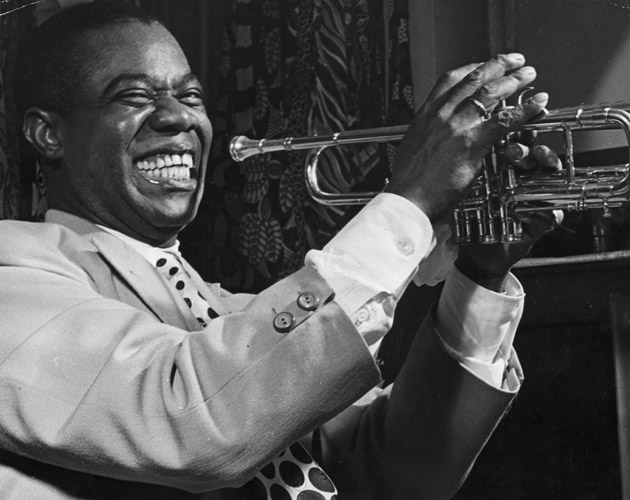 Fifty years after its release, we revisit the bizarre story behind the making of Louis Armstrong’s classic song, “What a Wonderful World.”

By 1967, Armstrong’s career was in steady decline as he became overshadowed by the flashier post-Second World War musical acts who introduced new genres to audiences across the globe.

But when he returned to the recording studio that year, songwriter George David Weiss and producer Bob Thiele presented Armstrong with the music and lyrics to “What a Wonderful World”—a song that Tony Bennett had already nixed. According to sources, Armstrong wasn’t overly impressed with the song.

Chief among his criticisms were the simplicity of the lyrics. Although Armstrong would eventually agree to record the song, Weiss and Thiele weren’t out of the woods quite yet.

Larry Newton, then-president of ABC Records, with whom Armstrong had just signed, had expected another up-tempo No. 1 hit, like Armstrong’s 1964 smash, “Hello, Dolly!” Newton didn’t approve of the slow tempo of “It’s a Wonderful Word.” So when Weiss and Thiele met with Armstrong for the late night recording session, Newton was on hand to voice his displeasure—but the song went ahead.

After its release in October 1967, the song received a lukewarm response from American music fans.

Not only did it receive little promotion from ABC Records (Newton sabotaged its marketing), Armstrong faced backlash regarding the song’s timing. With the Civil Rights movement in full swing, not to mention the war in Vietnam, the lyrics stood in stark contrast with the experiences of those in the black community.

Armstrong offered this explanation of the song’s seemingly naive lyrics as he introduced it during a live performance that year:

“Seems to me it ain’t the world that’s so bad but what we’re doing to it, and all I’m saying is: see what a wonderful world it would be if only we’d give it a chance. Love, baby…love. That’s the secret.”

As producer Thiele once said about the song: “We wanted this immortal musician and performer to say, as only he could, the world really is great—full of the love and sharing people make possible for themselves and each other every day.”

Despite its lackluster performance in the U.S., “What a Wonderful World” went straight to No. 1 on the charts in England, where it remained for 13 consecutive weeks.

The song had a brief resurgence in the U.S. after his death in 1971, when it was used in an Exxon commercial, “The Spirit of Achievement is the Spirit of America.” Then the song remained largely forgotten (once again) until director Barry Levinson used it in his 1987 film, Good Morning, Vietnam. Thanks to the success of this Robin Williams box office hit, the single was reissued to capitalize on the popularity of the film. It never faded into the background ever again—it was finally a certified hit single.

Watch his 1967 live performance of “What a Wonderful Word” here.