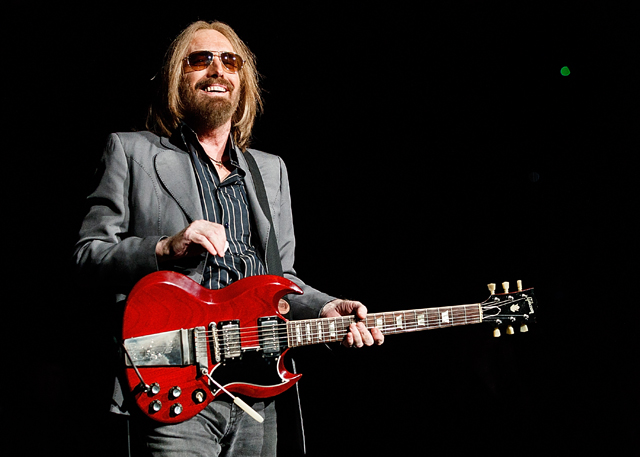 Legendary American rocker Tom Petty has died. The singer/songwriter reportedly went into cardiac arrest on Sunday evening, when he was found and rushed to UCLA Santa Monica Hospital, where he passed away the following day. Petty was 66 and toured as recently as last week with his band the Heartbreakers after cancelling some shows in August due to health concerns, including laryngitis.

“We are devastated to announce the untimely death of our father, husband, brother, leader and friend Tom Petty,” his manager Tony Dimitriades said in a statement. “He died peacefully at 8.40pm surrounded by family, his bandmates and friends.”

Inspired by the Beatles’ appearance on The Ed Sullivan Show, the rock and roll hall of famer’s career spanned multiple decades and included solo work as well as his time with the Heartbreakers and the super group the Traveling Wilburys, alongside Bob Dylan, Jeff Lynne and former Beatle George Harrison. All told Petty sold upwards of 80 million albums on the back of enduring hits like “Free Fallin,'” “Don’t Do Me Like That,” “I Won’t Back Down,” “Refugee” as well as “Stop Draggin’ My Heart Around,” the Stevie Nicks solo hit that Petty wrote and performed on.

Friends and fellow musicians took to Twitter upon news of Petty’s passing to remember the beloved rocker.

No! We have lost Tom Petty. From our opening act in the seventies to becoming a brilliant songwriter and performer I have loved his music. pic.twitter.com/yhyPCfm2l6

Man this cannot be happening. Not Tom Petty please. Our deepest love and condolences to his family and band. A brother and true believer.

I can’t believe we have lost Tom Petty on this already horrible day. My love to his wife & children and the entire Heartbreaker family.

At a Tom Petty show in Austin walking toward it, a full 3/4 of a mile to the stage every single person living was singing every word. That’s the kinda powerful love you don’t see everyday, but the kind we all long for when we think about our society and togetherness ❤️

RIP Tom Petty
Thank you for giving so much, a lifetime of inspiration and love. Your music has changed this world for the better. pic.twitter.com/jZsjIN5Xu3

Tom Petty gone? That’s just so wrong. What a bad day this has been, in so many ways.

More to come on Tom Petty’s passing as details emerge…