Wisdom Of The Ages: Will Ferguson On New Novel And Life Lessons 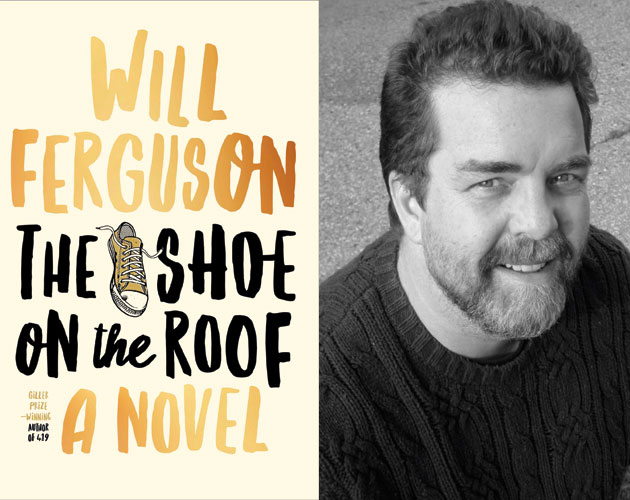 Award-winning travel writer and novelist, Will Ferguson sat down with Zoomer to reveal the inspiration behind his new novel and shared some life lessons he’s learned in his travels.

Will Ferguson, 53, is an award-winning travel writer and novelist whose work has been published in 23 languages around the world. A three-time winner of the Leacock Medal for Humour, his novel 419 won the Scotiabank Giller Prize. He is a past recipient of the Pierre Berton Award from Canada’s National History Society and, in 2016, he received an honorary degree in English from Mount Royal University. His latest novel, The Shoe on the Roof, is the surprising story of a psychological experiment gone wrong. “The idea came from my mom, Lorna Bell,” he explains. “She worked as a psychiatric nurse at the Weyburn Mental Hospital in Saskatchewan in the 1950s under Dr. Humphry Osmond, a renowned but controversial psychiatrist. He helped humanize the treatment of mental patients. The stories she told were at once harrowing, heartbreaking, unsettling and inspirational.”

Remember the dignity of your own mom when she was in her 80s. Draw strength from that.

There is more to us than mere molecules. As much as I admire science and the scientific method, a purely materialistic view of the world is woefully inadequate when it comes to explaining our sense of self, of wonder and the ineluctable mystery of being alive.

Do not use spray paint on Styrofoam. It creates a bubbling toxic fume that is potentially explosive. (Note: This knowledge was acquired firsthand while helping my son with his Grade 6 science project. You’re welcome.)

How to fix things around the house. I am the world’s worst handyman. (I think other men are having secret meetings without me where they teach each other manly arts like how to use power tools and what an alternator is.)

My father said: Figure out what you love to do, and then figure out a way to get someone else to pay you to do it.

The stories that surround us. Every one we meet has a story to tell, some epic, some small, but all heartbreaking and human.

Missing a bus in rural Japan. Without thinking, I stuck out a thumb at the next vehicle that passed. It worked. After that, I began hitchhiking across Japan, eventually all the way to Hokkaido. From that came a series of travel articles, a hitchhiker’s guidebook and a burgeoning career as a travel writer.

Like trying to catch smoke in your hand. Just when you think you have it, it’s gone. Which only makes those few, rare moments of pure happiness all the sadder, all the sweeter.

A version of this article appeared in the October 2017 issue with the headline, “An Author’s Take,” p. 96.