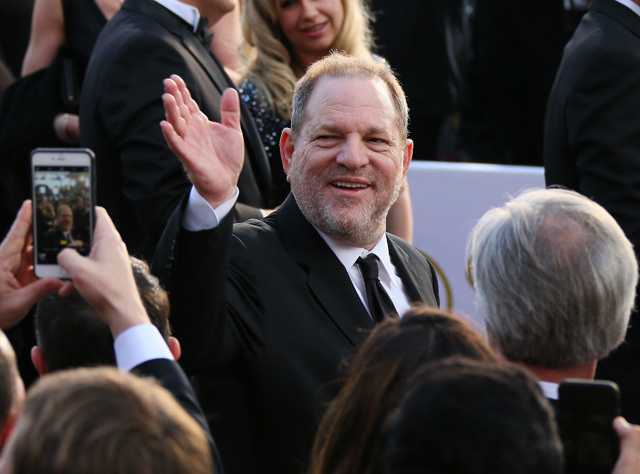 The 65-year-old former movie mogul blames the office culture of his youth for his years of inappropriate behaviour toward women, but the facts suggest this scandal is born of gender—not his generation.

“I came of age in the 60’s and 70’s, when all the rules about behavior (sic) and workplaces were different. That was the culture then…”

So begins a statement from disgraced Hollywood movie mogul Harvey Weinstein, 65, explaining why, for decades, he leveraged his position of power as co-founder of production companies Miramax and The Weinstein Company to force himself sexually on young actresses, including allegations from women like Gwyneth Paltrow, Angelina Jolie, Ashley Judd, Mira Sorvino, Rosanna Arquette and Italian actress Asia Argento, who’ve said in recent days that Weinstein engaged them in everything from inappropriate come-ons to massages to non-consensual oral sex and rape.

Evidently, in Weinstein’s mind, his “coming of age” played out like a particularly racy episode of Mad Men, wherein the big boss wanders around the office with his groping hands outstretched, ready to palm and squeeze any young lady in his orbit like a grocery store customer testing the ripeness of fruit before stripping down to sample the goods. In addition, it seems that that coming of age persisted through at least 2015, when the N.Y.P.D. caught Weinstein on tape admitting to grabbing beauty pageant contestant Ambra Battilana Gutierrez’s breast against her will.

“Why yesterday you touch my breast?” Gutierrez, fitted with a wire by the police, asked him the day after the incident as Weinstein implored her to join him in his hotel suite’s bathroom for a drink while he showered.

Translation: It’s fine. I’m rich and powerful. I get away with it all the time.

Weinstein, a married father of five, goes on in his statement to note that he’s learned that his experiences in the 1960s and 1970s are not an excuse for his behaviour today. No kidding. It’s 2017. He, rightfully, was eventually fired from his own company, though to dismiss this type of behaviour as a generational issue is a cop out. It’s not a generational issue, or the product of his upbringing during an earlier era. It’s a gender issue.

Google “campus sexual assault” and you’ll come across a spate of recent stories about university rapes and frat house sex crimes. In 2014 Macleans wrote, “Nearly one in five women will be sexually assaulted as students” while a Toronto Star investigation found that, at the time, “only nine of 78 Canadian universities have created a special sexual assault policy, considered a necessary step in dealing with the problem of sexual violence on Canadian campuses.” In these cases it’s not the professors who “came of age in the 60’s and 70’s” committing these acts. It’s young men – and the problem extends far beyond campus borders.

Statistics Canada notes that “1 in 4 North American women will be sexually assaulted during their lifetime.” Men of all ages rape and sexually assault women. Men in positions of power, however, often see everything from a grope to full-on penetration as a perk of their station. Weinstein is just the latest in a recent string of high-profile heavyweights accused of forcing themselves on women without consent – a list that includes Bill Cosby, late Fox News chairman and CEO Roger Ailes and Bill O’Reilly, former star of Fox’s The O’Reilly Factor. And then, of course, there’s the President of the United States.

“I just start kissing them. It’s like a magnet. Just kiss. I don’t even wait,” Donald Trump, then-host of reality show The Apprentice, boasted during a now infamous live-mic conversation with former Access Hollywood host Billy Bush in 2005. “When you’re a star, they let you do it. Grab ’em by the pussy. You can do anything.”

In most such cases the sex abuse dates back decades, when the accused was young and at peak celebrity power. The generational bent, however, makes itself known in cases like Cosby and Weinstein, when the accused’s Hollywood lustre has faded and skeletons from their past emerge. As The Cut‘s Rebecca Traister wrote, “(Weinstein) has … lost power in the movie industry, is no longer the titan of independent film, the indie mogul who could make or break an actor’s Oscar chances.” In other words, victims are more willing to come forward, and others are more willing to defend them, without fear of Weinstein’s wrath. That’s the reality, but it doesn’t have to be.

It’s imperative that the power structures that allow this sort of abuse to thrive are eradicated – a job for both Weinstein’s generation and those they pass the batons of power to moving forward.

“As more women gain powerful corporate posts, they can serve as a countervailing force to powerful men— including those who sexually harass female employees,” Joann S. Lublin wrote in The Atlantic, illustrating one solution. “Junior women will feel comfortable about approaching and trusting senior female executives who enforce and even expand standards of acceptable decorum in the workplace.”

And prominent leaders, in communities, corporations and politics, must set an example. Canada’s Prime Minister Justin Trudeau, for instance, garnered a wave of support for trumpeting feminist causes as well as instituting the first gender-equal cabinet in Canadian history and appointing the first female Government House leader in the Commons (Bardish Chagger). He also, however, came under fire by outlets like Macleans which, in 2016, questioned whether he was a “fake feminist” – “the objectification of Trudeau as Canada’s ‘dreamy’ feminist PM is facing a harsh reality check” – taking the PM to task for making trade deals with decidedly un-feminist Saudi Arabia and failing to address gender inequality in areas ranging from employment to healthcare.

True, no one said that shifting the balance of power is going to be easy, or fast, but there is reason for optimism. Fortune reported in June that their 2017 Fortune 500 list included the most female CEO’s since its inception in 1955, with 32. It’s not exactly time to pop the champagne for equality, but it’s a sign that the needle is hopefully moving in the right direction.

And, in the meantime, there’s a sure-fire way that men who, like Weinstein, feel they’re burdened with coming of age in the 60s and 70s, can ensure they don’t cross any offensive or abusive lines with women in the workplace. As Anne Victoria Clark cheekily explained for Medium, it’s called “The Rock Test” – named after 45-year-old beefed up pro wrestler turned action hero Dwayne Johnson.

“You see, by following this one simple rule, you too can interact with women as people. It’s as clear cut as this: Treat all women like you would treat Dwayne “The Rock” Johnson. I know, this sounds weird, but trust me, this is a visualization exercise that will work wonders in your dealings with the women in your workplace. When a woman approaches you, just replace her in your mind with The Rock. Then, behave accordingly.”

Of course, the Rock wouldn’t put up with any excuse about when his abuser came of age. And neither should we.