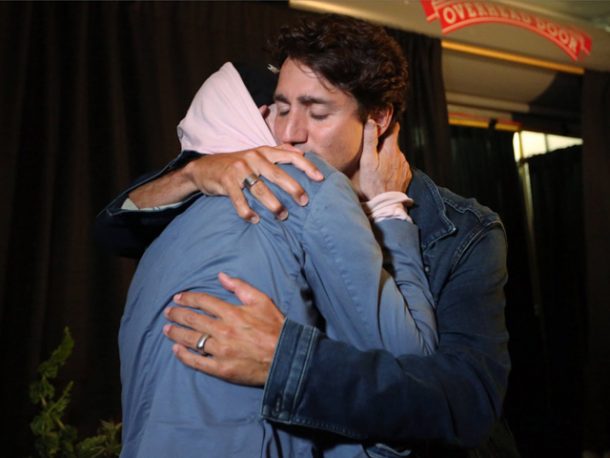 Prime Minister Justin Trudeau paid tribute to Tragically Hip frontman Gord Downie on October 18, following the rocker’s death from brain cancer at age 53. In a tearful speech, the Prime Minister noted, “We lost one of the very best of us this morning. Gord was my friend but Gord was everyone’s friend. Our buddy Gord, who loved this country with everything he had.”

Trudeau had formed a friendship with the late rocker, during which they appeared together at multiple public events, and was even spotlighted by Downie during the Tragically Hip’s final ever concert last summer as a Canadian leader with the heart and the will to continue the nation’s reconciliation with Indigenous communities. Trudeau mouthed the words “thank you” back to Downie and, in a written statement this morning, said the beloved artist’s music captured the essence of Canadiana. “He painted landscapes with his words, elevating Canadian geography, historical figures, and myths. When he spoke, he gave us goosebumps and made us proud to be Canadian. Our identity and culture are richer because of his music, which was always raw and honest—like Gord himself.”

In person, however, the Prime Minister acknowledged the difficulty of speaking about his friend without crying.

“I thought I was going to make it through this, but I’m not. It hurts,” he said. “We are less of a country without Gord Downie in it.”

Watch the full video above.