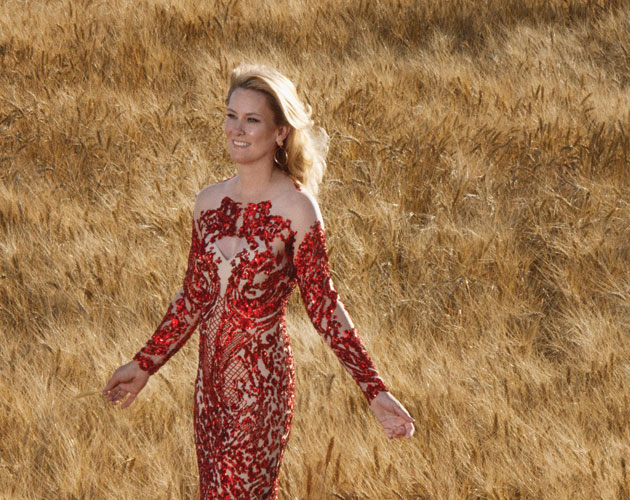 As a member of the family whose french fries are synonymous with beer and burgers at the cottage, Eleanor McCain is by default Canadiana incarnate. So it’s not surprising that the classical crossover singer decided to celebrate Canada’s sesquicentennial in an epic manner – a multimedia blend of culture and fashion that pays tribute to Canadian taste-making.

Entitled True North: The Canadian Songbook, McCain’s self-published coffee-table book and accompanying CD feature the work of the most celebrated artists that have contributed to the Canadian songbook – think Neil Young, Leonard Cohen, Anne Murray and Bryan Adams to name a few.

“I wanted to showcase the rich history in songwriting we have here in Canada,” says the singer.

To add a touch of glamour to the project, she is also photographed by Tony Hauser in locations across the country wearing Canadian fashion designers. Labels worn include Mikael D, which she wore in Rouleau, Sask. (above), Greta Constantine and Ron White.

The book is rounded out by images of McCain recording the album as well as photography that captures the raw beauty of the Canadian landscape.

The album, her sixth, was also recorded with – you guessed it – a variety of Canadian symphonies. If McCain’s vision seems a mash-up of many art forms, it is, but that’s the beauty of the mosaic that is Canadian style.

A version of this article appeared in the October 2017 issue with the headline, “To Canada, with love,” p. 20.