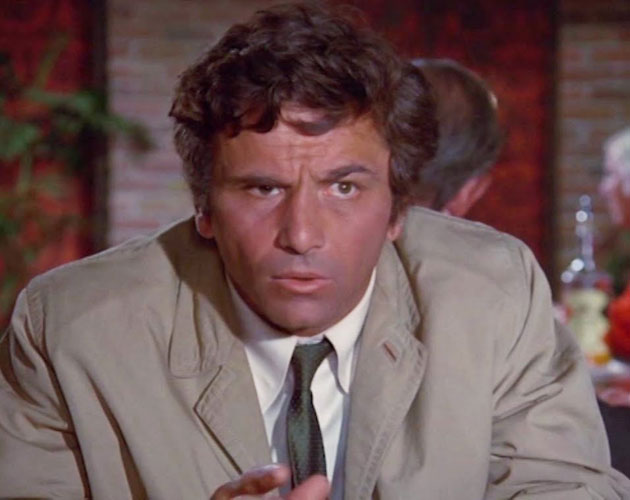 Nostalgia: “Just The Facts” on 6 of Your Favourite TV Cops

From Columbo’s signature squint to Kojak’s lollipop fixation, the lawmen of early crime dramas were far from ordinary. Here, a behind-the-scenes look at six of your favourite television cops.

In their day these cops didn’t have the luxury of relying on forensic science. Police work was about attention to detail, hunches and signature gimmicks.

But what they lacked in technology they more than made up for in character.

Here, go behind the scenes with six of your favourite classic TV cops.

Producer Jack Webb originally introduced audiences to Dragnet as a half-hour radio series that first aired in 1949 where Webb himself played the lead role of the straitlaced Sergeant Joe Friday.

Due to the show’s realistic feel, Webb often received peculiar fan mail, including one letter from a teenager who detailed the narcotic activity in her Hollywood neighbourhood. After turning the letter over to the local police, Webb detailed the resulting case in an episode titled “The Big Note.”

Listen to the episode here.

When Dragnet moved to the small screen in 1952, Webb started to put an unusual amount of stock into the opinions of his fans. The producer and star often made significant changes to the show based on a bizarre statistical system where each letter represented the opinion of 10,000 viewers.

That statistical system would not be used for the countless love letters he received, which perplexed him. “My ugly Irish mug has no good camera angle,” Webb would often joke. “So the boys don’t need to worry which way to shoot me.”

Despite having a feminist writer in Gloria Steinem, Lacey and Cagney, with its two female leads, faced plenty of resistance from the Hollywood patriarchy.

Tyne Daly was cast as Lacy from the start, but Sharon Gless—director Joel Rosenzweig’s first choice—was unavailable for the role of Cagney due to a contract issue. The director’s second choice, Meg Foster, was dropped after only six episodes because she was essentially deemed “too liberated.”

An unnamed CBS executive told TV Guide that the two women were “too harshly women’s lib. The American public doesn’t respond to the bra burners, the fighters, the women who insist on calling manhole covers ‘people-hole covers.’ These women on Cagney and Lacey seemed more intent on fighting the system than doing police work.”

But even after recasting their original choice of Sharon Gless, Lacey and Cagney became exactly what the execs had feared as the pair received letters from women who had been inspired to join the police force after watching the show.

Daly was also well aware of the attitudes and climate driving the resistance against two female leads at the time. “Women were marginalized in the comedy ghetto where, no matter what’s going on with your life, we’ll fix it in 26 minutes,” Daly told The Guardian. “The powers that be were reluctant to hand over that expensive hour—which sells a lot of advertising space—to two stars with vaginas.”

Miami may not have had cops with as much swagger as Don Johnson, but the show’s depiction of a thriving cocaine drug trade in the city was plenty accurate.

Johnson even remembers when life imitated art a little too closely one night when he was approached by a cocaine dealer at a Miami nightclub.

“I’m standing at [a] urinal and this guy stands next to me and he says [affects Miami accent] “Hey man, you that actor that plays that guy on TV, you guys are so cool,” Johnson recalled to Rolling Stone. “And he reaches in his pocket and pulled out a baggie that would choke an elephant, full of the best looking blow I’ve ever seen, and says ‘I want you to have this, man.’ Then he yanked it back real quick and said ‘Whoa, whoa…you’re not what you are on TV, ain’t ya?’ And I said, ‘No, I’m not a cop but I’m not using, thanks, but no thanks.’ And that was the truth—I was clean and sober the entire time during Miami Vice.”

Starsky and Hutch was inspired by two real-life New York police officers, Lou Telano and John Sepe, who were well known for their unconventional undercover disguises, which included anything from Hasidic Jews to nurses.

“We called it hiding in plain view,” Telano told the Daily Mail. “But when trouble kicked off, we’d jump in. People would be stunned by rabbis and nurses throwing punches.”

The pair even drove a bright red sports car like the duo in the series. While the show runners had listened to their stories and followed them around on raids, Telano and Sepe never received compensation once the show aired. The undercover team would eventually sue the production and settle for $10,000 each.

Peter Falk’s agent couldn’t have been more wrong when he told the soon-to-be star that he’d be limited to Broadway due to his prosthetic eye.

Not only did Falk become the first actor to receive an Emmy and Oscar nomination in the same year, that superficial abnormality would contribute to his signature squint as the character, Columbo.

Falk also supplied the dishevelled wardrobe for his quirky detective role and often ad-libbed, throwing his fellow co-stars off balance.

Believe it or not, Kojak’s most defining characteristics came about by chance. Years before Kojak, Taly Savalas was cast as Pontius Pilate in the biblical epic The Greatest Story Ever Told and was asked to shave his head for the role.

After filming he decided to keep the look, which later became the signature look for the Kojak character. The lollipop, which also became a Kojak signature, was born out Salvalas’ desire to cut back on his own smoking.

When the Kojak character is asked about his switch to lollipops in the eighth episode, he jokes that he’s “closing the generation gap.”