Catching Up With…Keith Thibodeaux, The Last Surviving Star Of “I Love Lucy” 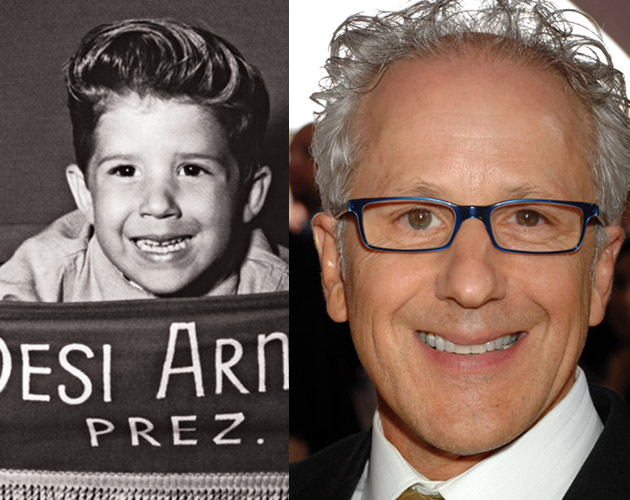 It’s been more than 60 years since Keith Thibodeaux first charmed the socks off North American audiences as Little Ricky, the pint-sized drummer on the classic 1950s sitcom I Love Lucy.

Now, at 67, Thibodeaux is the last surviving cast member of the show, and his time on set is something he still treasures. “Back in the day, I Love Lucy was the big show to be on,” he says. “It was a very special show and a great opportunity, even for a little kid.”

The musician-actor has since had more than his fair share of ebbs and flows with family life and career success over the years—and the rollercoaster began when he was just a preschooler. Thibodeaux’s unexpected gig on Lucy all started with an overturned trash can in the backyard of his childhood home in Louisiana.

“My neighbour heard me playing on the trash can outside [when I was a toddler] and she said to my parents, ‘I think your son is actually making a rhythm so you should buy him some real drums.’ So my dad did just that,” Thibodeaux recalls. “As a kid starting out, I was influenced by the little big band orchestras on the radio. That’s how I learned music: by ear. It was just a God-given gift, I guess.”

And it was a gift that ultimately took him from his childhood home at the age of six and thrust him into the international spotlight, with supporting roles on I Love Lucy and The Lucy-Desi Comedy Hour before both series dissolved due to Ball’s and Arnaz’s highly-publicized divorce. But the immediate highs and the soul-crushing lows that accompanied life in the spotlight were all a bit much for a kid whose career suddenly crumbled around him before he’d reached the age of 10. “I had to hit the unemployment line,” he says.

But Thibodeaux, now a father-of-one celebrating 40 years of marriage, only found his footing again after his life took a few more unexpected turns.

Here, we catch up with Keith Thibodeaux at his home in Mississippi to talk fame, drums, faith and I Love Lucy.

On his 1955 audition for I Love Lucy at the age of six…
“I’d been playing drums since the age of three on Horace Heidt’s variety show when I went to the I Love Lucy audition. It was different than what I’d been doing because, up until that point, I’d only been playing the drums. But now I was expected to remember lines and act. I went to the studio and auditioned for Lucille Ball and Desi Arnaz. Lucy looked at me and said to my father, ‘Well, he’s cute but what does he do?’ and then she pointed to a set of drums on the other side of the set. I began jamming with Desi. Sheldon Leonard, the famous producer, came over to listen. When we were done Desi stood up and said, ‘I think we found Little Ricky.’ I was signed to a seven-year contact. Back in the 1950s, people didn’t get paid a lot, but my parents saw it as a great opportunity.”

On his all-time favourite episode of I Love Lucy…
“I’d probably say the 1957 episode ‘Lucy and Superman’ (season 6, episode 13) when George Reeves came to the set. He was my hero and I couldn’t believe that he was actually there. I like to say that in my ‘little kid mind’ he really was super, but in my ‘actor mind’ I knew he was just another performer like me.”

On the last time he ever saw Lucy and Desi…
“The last time I saw Desi was actually at his son, Desi Arnaz Jr.’s, wedding to Linda Purl in 1980. [When Desi saw me] he said, ‘You’ve still got the same eyes!’ It was like seeing family again—you’ll always be a part of their lives. And the last time I saw Lucy was at Desi’s funeral in 1986. She was very proud of what I’d been doing [post-Lucy] and she was excited about my band, David and the Giants.”

On his life post-Lucy…
“After I Love Lucy and The Lucy-Desi Comedy Hour both ended after their divorce [in 1960], I was suddenly out of a job at the age of nine years old. I had to hit the unemployment line. I did a little more work in Hollywood with The Andy Griffith Show and a couple others, but my parents were going through their own separation at the time. My father had had an affair with a younger lady who was his secretary. As the oldest of six kids it was really, really hard on me. We were raised Catholic and I always had a sense of God in my life but didn’t really know Him. When my parents divorced, my mom brought us back to Louisiana and we stayed with aunts and uncles. I began to smoke and drink with friends in high school and eventually began to do drugs. I played in garage bands and tried my time at college, but all I wanted to do was drink and play music and have a good time. At that point in my life, being Little Ricky was something that I didn’t want to remember because it came with memories of my parents’ divorce.”

On his battle with depression…
“A group called David and the Giants were looking for a drummer and called me when I was 19 years old…so I joined in 1974. We had a song called ‘10 Miles High‘ that was a hit in the United Kingdom. I eventually began to fall into the sex, drugs and rock n’ roll lifestyle. I got to the point where I was clinically depressed. I started to hear voices in my head telling me to throw myself out of my sports car—and it was then that I knew I’d reached the end of my rope. One night in my bed I cried out, ‘God, if you’re real, I need help. Please do a miracle in my life or I’ll die or end up in an institution.'”

On finding God again…
“[It was during this battle with depression that] my mother called and told me I needed to come home and attend some Christian meetings she’d been going to. It was during one of those meetings where I felt God was very much at the forefront of everything. I didn’t really know much about healing and people receiving the Holy Spirit. My whole life, up until that point, had been one big disappointment after another: My dad disappointed me, Hollywood disappointed me, and I felt something was missing. But I’d finally found people who were really happy and joyful. Around this time I met and married Kathy, my wife of 40 years, and we eventually moved to Mississippi, where she’s from. Also, David and the Giants became a Christian band. We’ve become well-known in Christian music circles and toured all over the US, Jamaica and England. We recorded an album [in 2014] called Still Rockin’ and we’re very pleased with it.”

On founding Ballet Magnificat! with his wife…
“The ballet company is a whole other chapter in my life. My wife was a ballet dancer for a company here in Mississippi and she won a silver medal at the International Ballet Competition which is the same competition that Mikail Baryshnikov won a gold medal at, so she’s very well-known. There’s Psalm 149-150: ‘Let them praise His name with dancing’—so we did praise His name with dance. Ballet Magnificat! is a pioneer and a lot of people never thought we’d never get support because we were a Christian ballet company. Well, we’ve been together 30 years now! We’re even opening up a school in Brazil. The performances are Biblically-based stories with themes on forgiveness and love.”

Want to know more about I Love Lucy? In 1994, Thibodeaux recounted life on the set with his bestseller, Life After Lucy.