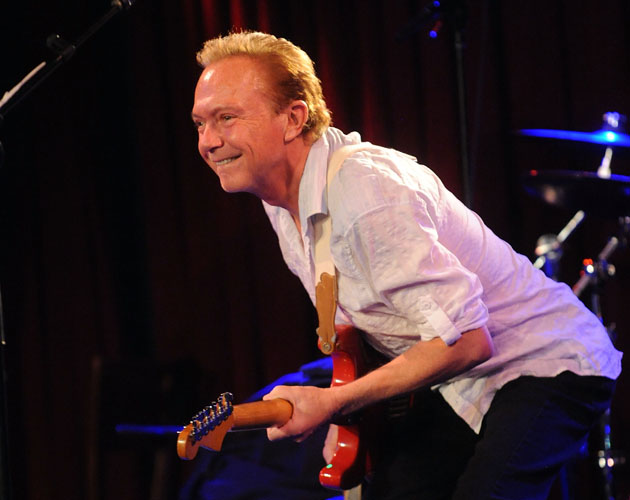 Cassidy is being treated at a Fort Lauderdale, Florida, area hospital, his publicist Jo-Ann Geffen told CNN on Saturday. He is in the intensive care unit and has a breathing tube, she said.

“He is conscious and surrounded by family and friends, nothing is imminent and we are taking it day by day,” Geffen said.

He regaled audiences—and legions of female fans—with his singing chops and those wavy locks during his heyday as Keith Partridge in the smash 1970’s musical-comedy TV series, The Partridge Family.

After the series ended, Cassidy toured the globe as a successful solo artist, singing mega hits such as “I Think I Love You” to sold-out arenas. According to CNN, at the height of his fame, his fan club was bigger than Elvis and The Beatles—no small feat!

The singer, who has continued to perform for half a century, admitted earlier this year that he’s battling dementia and will take a step out of the limelight.

“I want to focus on what I am, who I am and how I’ve been without any distractions,” he told People magazine. “I want to love. I want to enjoy life.”

In the interview with People magazine, the 66-year-old former teen heartthrob admitted that dementia runs in his family. Both his grandfather and mother have been affected. “In the end, the only way I knew she [my mother] recognized me is with one single tear that would drop from her eye every time I walked into the room…I feared I would end up that way.”

Back in 2012, Cassidy spoke to CNN about the effects of dementia on his mother, actress Evelyn Ward, who died that same year at 89. “To watch someone who raised you, who was so vibrant, to watch them lose their mind and disappear is arguably the most painful thing I’ve ever experienced,” he said during the live taping.

Actor and radio host Danny Bonaduce, who played his younger brother Danny on The Partridge Family, tweeted about his friend and costar’s diagnosis:

No stranger to the limelight and sharing his personal struggles, Cassidy has also spoken publicly about his battle with alcohol addiction. He was arrested for driving under the influence three times in a four-year span between 2010 and 2014. When Cassidy appeared on CNN to discuss his arrests in 2014, he called the experiences “humiliating” and had been on the road to recovery at the time of his dementia diagnosis.

Cassidy, who was most recently seen on TV in a 2013 episode of CSI: Crime Scene Investigation, said he would take some personal time out of the glare of the spotlight. “I was in denial, but a part of me always knew this was coming,” he said, referring to his diagnosis.