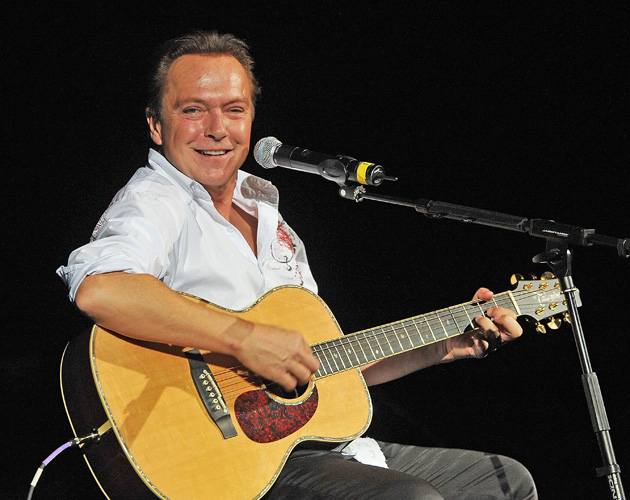 In honour of the late former teen idol, we’ve dug up some lesser-known facts about the singing sensation.

Former teen heartthrob David Cassidy passed away Nov. 21, 2017 in a Florida hospital, a few days after being admitted for organ failure. Only a few months earlier, Cassidy revealed his dementia diagnosis. He was 67 years old.

For years, Cassidy regaled audiences—and his legions of swooning female fans—with his singing chops, good looks and those wavy locks during his heyday as Keith Partridge in the smash 1970’s musical-comedy TV series, The Partridge Family.

The only child of singer-actor Jack Cassidy and actress Evelyn Ward, Cassidy made his professional debut on Broadway in the flop, The Fig Leaves Are Falling. Despite the fact that the big-budget musical closed after only four performances, something good came from the experience: a casting director signed the budding young singer to Universal Studios where Cassidy made guest appearances on TV series, Ironside, Adam-12 and Bonanza, among others.

In 1970, Cassidy landed the role of a lifetime: as Keith, the dreamboat eldest son, on the ratings juggernaut, The Partridge Family. It catapulted the then-20-year-old to instant fame. Cassidy would later go on to tour the globe as a successful solo artist, crooning mega-hits such as “I Think I Love You” and “Daydreamer” to sold-out arenas. These concerts frequently produced mass hysteria, resulting in the media term “Cassidymania.”

But things took a turn for the worse on May 26, 1974, when more than 800 fans were injured during a London show when they rushed the front of the stage. Fourteen-year-old Bernadette Whelan died from injuries she sustained during the trampling. Reeling from the news, Cassidy quit both touring and The Partridge Family, concentrating instead on recording and songwriting. Throughout the ’80s and ’90s he returned to his musical theatre roots, appearing in Yankee Doodle Dandy and Joseph and the Amazing Technicolor Dreamcoat (in which he was later replaced by Donny Osmond due to negative reviews).

No stranger to the limelight and sharing his personal struggles, Cassidy spoke publicly about his career-long battle with alcoholism. Arrested for driving under the influence three times in a four-year span between 2010 and 2014, Cassidy appeared on CNN to discuss his arrests and called the experiences “humiliating.”

In an interview with People magazine in February 2017, the former teen heartthrob dropped a bombshell and revealed that he was suffering from dementia. (Both his grandfather and mother had been diagnosed in the past.) “In the end, the only way I knew she [my mother] recognized me is with one single tear that would drop from her eye every time I walked into the room…I feared I would end up that way.”

When asked about whether he’d step out of the limelight after his diagnosis he admitted, “I want to focus on what I am, who I am and how I’ve been without any distractions. I want to love. I want to enjoy life.”

To pay tribute to the former teen idol, we look at a few fascinating facts you might not know.

Did you know?…Cassidy wrote (and performed!) the theme song to NBC’s The John Larroquette Show. “I submitted the music under a false name, Blind Lemon Jackson,” he told Entertainment Weekly in 1994. “When the producers called they were surprised they were talking to David Cassidy.”

Did you know?…We all know that Cassidy’s father, Jack, married Shirley Jones, his The Partridge Family co-star (and on-screen mom). However, Cassidy didn’t know his step-mom had been hired for the part until after he was cast as Keith.

“He has his own agent and didn’t even know I was set for the lead,” said Jones. “Nor did the producer realize he was Jack’s son until after he read so well that he wanted to test David for the part. Then, he told me he was considering David for the role of my son. He asked me how I felt about it. I said, ‘Great! I am crazy about him. He’s very talented.’ Then, he went back to David and told him, ‘Your stepmother is going to play the lead.’ How do you feel about that? And he replied, ‘I think it’s great!'”

Did you know?…At this peak, Cassidy was the highest-paid live entertainer in the world and his official fan club exceeded that of Elvis Presley and The Beatles!

Did you know?…He lost most of his Partridge Family memorabilia in a 1994 earthquake: “I had the stuff in a big box that was crushed. I think even the lunch box is a goner.”

Did you know?…His daughter, Katie, currently appears as Laurel Lance/Black Canary on the hit TV series, Arrow, about the DC Comics superher0, Green Arrow. She also has a popular fashion and lifestyle blog, Tomboy KC.

However, Cassidy and Katie (his daughter from a previous relationship with Sherry Williams Benedon) have a strained on-again, off-again relationship. He once admitted, “I wasn’t her father. I was her biological father, but I didn’t raise her.”