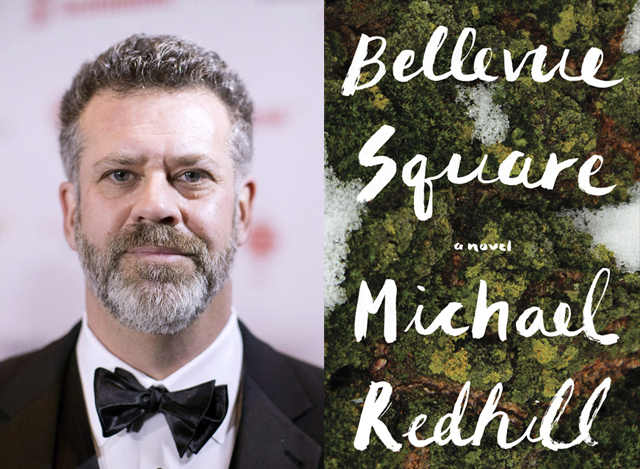 Author Michael Redhill, 51, whose latest novel, a comedic thriller called Bellevue Square that chronicles a Toronto woman’s search for her doppelganger in Kensington Market, is the winner of the 2017 Scotiabank Giller Prize. Redhill was announced as the recipient of Canada’s richest literary prize at a broadcast gala on Monday night in Toronto, telling CBC afterward that, “I was a little more emotional than I was expecting to be, but life doesn’t prepare you for receiving a $100,000 cheque and then addressing people live across the nation.”

Bellevue Square marks the Baltimore-born, Canadian author’s first novel under his own name in more than a decade, during which time he wrote mysteries under the pseudonym Inger Ash Wolfe. He made the Giller shortlist in 2001 for his debut novel Martin Sloane, which also picked up the Amazon.ca Books in Canada First Novel Award. Giller winners and nominees are also known for benefiting from the prestige and publicity that comes with being shortlisted for the prize, an occurrence dubbed “the Giller effect.”

This year’s Giller Prize was also the first since the passing of founder Jack Rabinovitch, who co-founded the prize in 1994 with Canuck literary legend Mordecai Richler in memory of Rabinovitch’s wife, Doris Giller, a literary journalist and critic. Rabinovitch died on Aug. 6 at age 87.

The authors of the four other Giller shortlisted books each receive a $10,000 prize. They include:

Transit, by Rachel Cusk, about a writer forced to confront the realities of her life following a family tragedy and move to London with her young children.

Minds of Winter, by Ed O’Loughlin, which follows two people looking for answers to familial mysteries in the Arctic Circle who eventually discover that their own histories, as well as events greater than both of them, are intertwined.

Son of a Trickster, by Eden Robinson, the first in a trilogy about a teen with strange powers trying to hold the pieces of his personal life together amid a fractured familial existence.

I Am A Truck, by Michelle Winters, a debut novel about the love, relationships and mysteries that one woman encounters during the search for her missing spouse.

Cusk first made the cut as a Giller finalist in 2015 with her novel Outline while Robinson’s Monkey Beach was up for a Giller in 2000. O’Loughlin and Winters are first-time nominees, as is Invisible Publishing, the Picton, Ont.-based publishers of I Am A Truck.