Marilyn Lightstone Brings Back The Classics With Her New Show 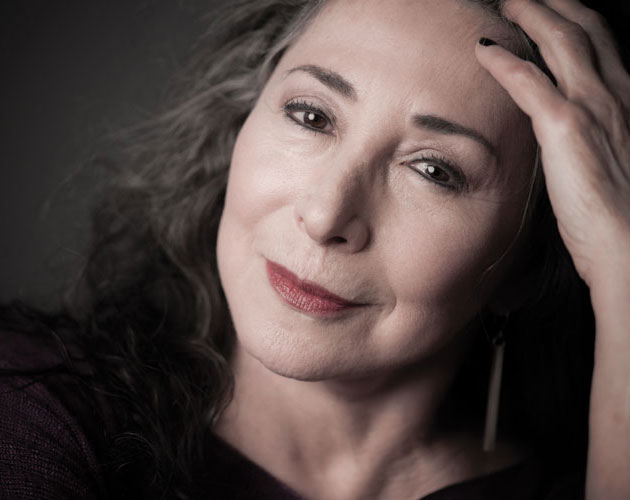 Marilyn Lightstone, 77, is bringing back the classics with Your All-time Hit Parade, a five-part series that encourages audiences members to sing along and learn some music history.

Nat King Cole’s classic echoes through the Toronto television studio, where audiences sing and sway and lose themselves in live performances of standards from the Great American Songbook through to 1950s rock ‘n’ roll.

And at centre stage is Marilyn Lightstone, her own mystic smile on full display as grand marshal of VisionTV’s five-part series Your All-Time Hit Parade (both ZoomerMedia properties). The actress, artist and novelist, who starred as Miss Muriel Stacey on Anne of Avonlea and The Road to Avonlea, is also known for her distinct pipes, both as a singer and as the voice of Nocturne on The New Classical FM along with ZoomerMedia television stations One and the aforementioned VisionTV. She created and hosts Your All-Time Hit Parade but also takes on an entirely new role: producer.

“I got this idea and thought, ‘Let’s see how far I can go,'” Lightstone says. She notes that tunes like “Mona Lisa” to “Rock Around the Clock” recall an air of optimism from her youth and Your All-Time Hit Parade allows her to share that “music that makes you want to go out and do your best.”

Lightstone, partner of Moses Znaimer, ZoomerMedia’s founder, didn’t plan to start producing TV at this stage of her career, but a pair of YouTube videos she saw last year of Patti Page performing her 1950 chart-topper “Tennessee Waltz,” set the wheels in motion.

“I hear this song and it keeps reminding me of the music that I love, that I grew up with … and how good it makes me feel.”

When she shared the experience with friends and they started singing the song, she had a eureka moment.
So began a year of researching songs, pitching ideas and assembling performers – including violinist Moshe Hammer, pianist David Warrack, musical theatre veterans Thom Allison and Judy Marshak and others – to craft a program that pays homage to the old Your Hit Parade radio and TV variety show format but doesn’t copy it.

The show adds another element to VisionTV’s Singalong Friday Nights, a block of programs spotlighting music from gospel to hymns to old time feel good pop while also offering Lightstone the opportunity to give the tunes their historical context.

“The stories are interesting, and they give the songs more texture and flavour,” she says. “Music is like a family treasure that you pass on from one generation to the other.”

And while she hopes to pass these songs on to younger viewers, this hit parade already has its grand marshal singing a fresh tune.

“Trust your gut and trust all the things you’ve ever done before have prepared you,” Lightstone says of tackling new challenges. “I’m 77, and the fact that I could do something that I’ve never done before has given me such a lift.”

A version of this article appeared in the November 2017 issue with the headline, “Classics On Parade,” p. 18.