TIME Person Of The Year 2017: The #MeToo Silence Breakers 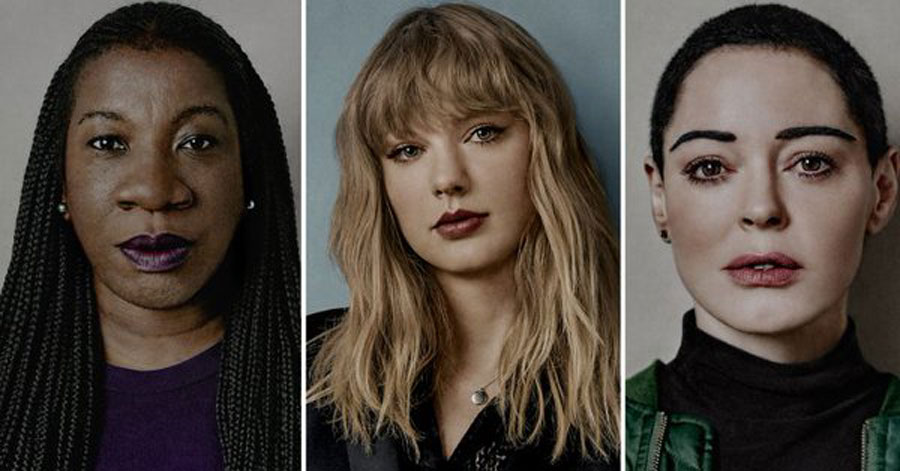 Time magazine highlighted the bravery of women at the front lines of the #MeToo movement, by naming the collective group of silence breakers Person of the Year.

“The silence breakers” who brought national attention to sexual assault and harassment with the #MeToo movement were named Time’s Person of the Year on Wednesday.

While the movement was first created a decade ago by activist Tarana Burke, it was Alyssa Milano who created its resurgence in October of this year. Following a Facebook post from a friend of a friend, she tweeted: “If you’ve been sexually harassed or assaulted write ‘me too’ as a reply to this tweet.” The hashtag was tweeted nearly a million times in 48 hours.

In a piece explaining the choice, Time’s editor called the hashtag both a movement and a reckoning, adding that “it began, as great social change nearly always does, with individual acts of courage.”

Although Rose McGowen’s accusations against movie mogul Harvey Weinstein had been reported in 1997, it was Ashley Judd’s more recent decision to go public with her allegations that encouraged over 80 other woman to do the same.

Featured on the cover with Judd is Taylor Swift, who reported Denver DJ David Mueller to his employer after he groped her under her skirt while they took a photo together. Mueller would later sue Swift for defamation—but instead of simply fighting it, she filed a sexual assault counter suit for a symbolic $1.

“I think that this moment is important for awareness, for how parents are talking to their children, and how victims are processing their trauma, whether it be new or old,” Swift said of the movement in an interview with Rolling Stone. “The brave women and men who have come forward this year have all moved the needle in terms of letting people know that this abuse of power shouldn’t be tolerated.”

In hopes of highlighting the bravery of the countless silence breakers around the world, the cover also features three women outside of the celebrity realm: Uber software engineer Susan Fowler, California lobbyist Adama Iwu and strawberry picker Isabel Pascual, who all went public with their experience of sexual harassment in the workplace.