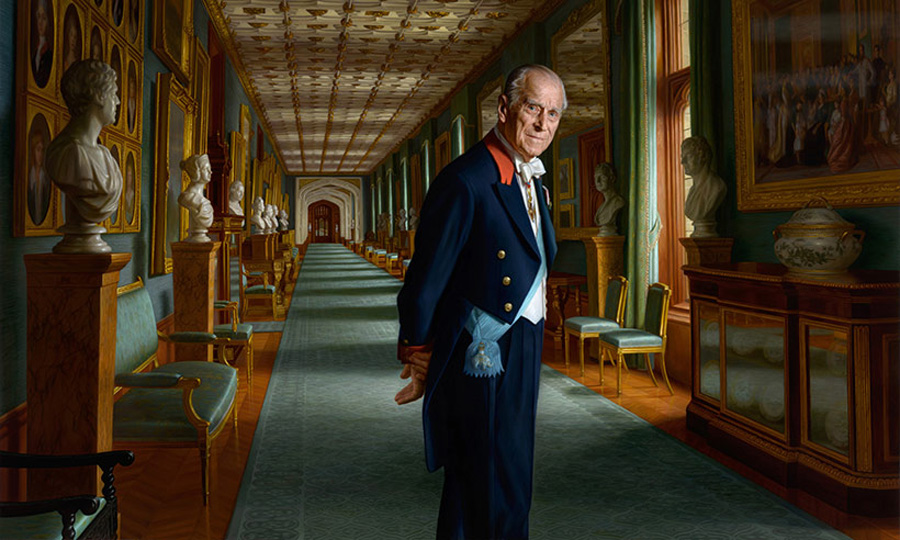 Buckingham Palace has released a striking new portrait of the Duke of Edinburgh, which is set to go on display in the UK and Denmark next year.

For those who already binged the entire second season of Netflix’s The Crown can get their royal fix with a brand new portrait of the queen’s dashing prince.

Buckingham Palace released a new portrait of the Prince Philip, Duke of Edinburgh on Dec. 11, which is scheduled go on display in the UK and Denmark next year.

Set against the backdrop of the beautiful Grand Corridor in Windsor Castle, the duke is seen wearing the sash of the Order of the Elephant, Denmark’s highest-ranking honour. Prince Philip has close ties with the Nordic nation as he’s a Prince of Denmark (and Greece) since birth. In an added poignant gesture, at the end of the Grand Corridor is the Tapestry Room where His Royal Highness’ mother, Princess Alice, and maternal grandmother, Princess Victoria, were born.

RELATED: A Royal Retirement: An Appreciation of Prince Philip

Ralph, who also painted an official portrait of Queen Elizabeth to mark her Diamond Jubilee, told the Guardian: “I feel very fortunate to have been given the opportunity to paint Prince Philip and hope the portrait does justice to his unique character. Aesthetically, the natural light and heritage backdrop of the Grand Corridor at Windsor Castle provided a compelling mood. I hope people enjoy the work as much as I enjoyed producing it.”

The painting is set to be part of a retrospective exhibition of Heimans’ work at the Museum of National History at Frederiksborg Castle in Denmark, which explores the cultural connections between the royal families of Britain and Denmark.