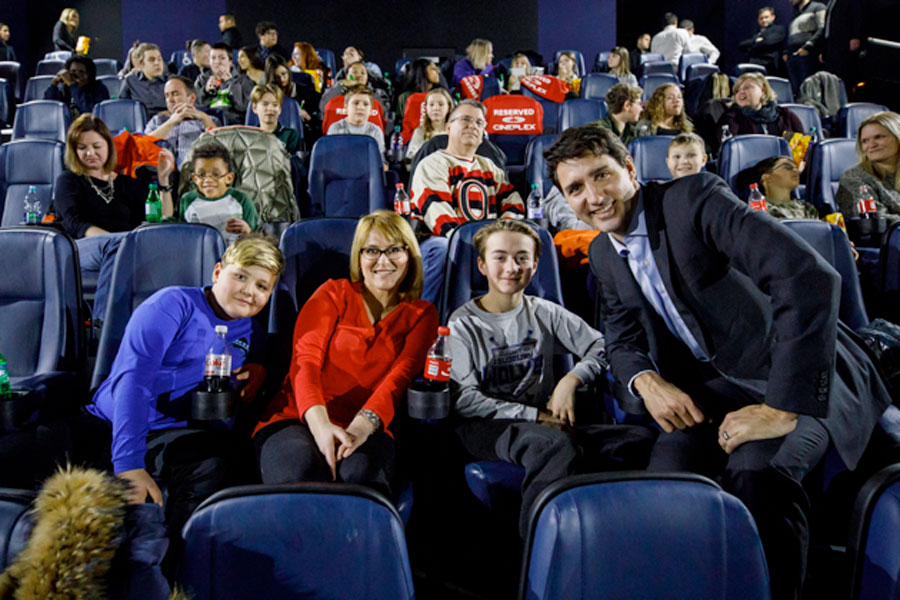 Justin Trudeau and his special guests from The Children’s Hospital of Eastern Ontario and The Boys and Girls Club of Ottawa attended an advanced screening of the latest Star Wars installment.

This week (Dec. 12), prime minister Justin Trudeau attended a special private screening of Star Wars: The Last Jedi in Ottawa, along with some friends from The Children’s Hospital of Eastern Ontario (CHEO) and The Boys and Girls Club of Ottawa.

Trudeau also managed to fit in some quality family time, bringing his eight-year-old daughter, Ella-Grace, and 10-year-old son, Xavier, along for the event.

After the film, Trudeau took to Twitter to deliver a quick shout-out to his fellow movie-goers. “The force is strong with this group of kids,” the tweet reads. “As for The Last Jedi: outstanding.”

“It was such a thrill to be able to share the magic of Star Wars with the Prime Minister and his friends from CHEO and The Boys and Girls Club of Ottawa,” Greg Mason, the Vice President of Marketing at Walt Disney Studios Canada said. “These families embody the bravery and hope so prevalent in the Star Wars movies. They are the true inspirations.”