Another Holly Jolly Jedi Christmas Is On Its Way 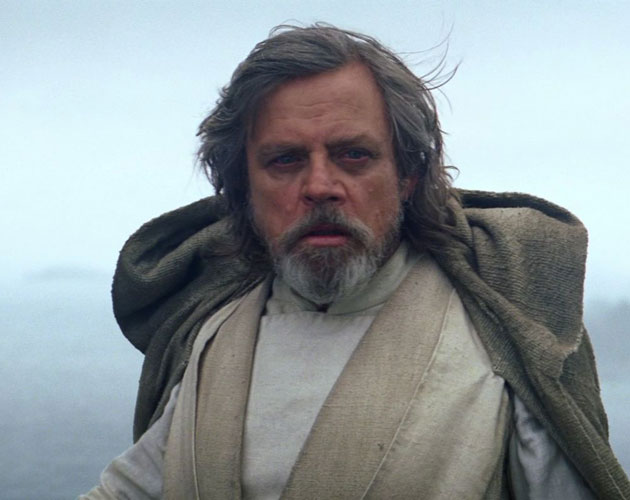 The Star Wars franchise is gifting their fans yet another film in time for the holidays.

The holiday season is upon us, with good boys and girls everywhere eagerly anticipating the arrival of the man with the long beard and magical powers. We’re talking, of course, about Luke Skywalker, who’s more Jedi than jolly, really, in exile on the planet Ahch-To as intergalactic battles rage.

Star Wars: The Last Jedi, however, sees the famed hero, played by Mark Hamill, 66, emerge to lend a hand (quite the gesture, given he only has one) in attempting to defeat the dark side in the second of three sequels to the original space saga. His pal Han Solo, played by Harrison Ford, bit the space dust in the last film, 2015’s Star Wars: The Force Awakens, so fingers crossed this isn’t Skywalker’s last stand. The movie also marks Carrie Fisher’s final big screen role, as she passed away suddenly last December after filming her scenes as General Leia Organa.

Still, this is the third Star Wars film in a row to arrive during the holidays, officially making it a new Christmas tradition. And this instalment might be the best of the bunch, if early reviews and a 94 per cent rating on Rotten Tomatoes are to be believed. A review in the U.K. publication The Guardian by Jordan Hoffman says the film is, “in ways far cooler (complete with tension and dramatic purpose and story advancement) than I ever could imagine. Rian Johnson, writer and director of this film, took my Star Wars reveries and served them back to me with vast improvements … what is so extraordinary about The Last Jedi is that this is the first post-Lucas Star Wars film that feels free to dance to its own beat.” The L.A. Times’ Justin Chang called it, “the first flat-out terrific Star Wars movie since 1980’s The Empire Strikes Back. It seizes upon Lucas’ original dream of finding a pop vessel for his obsessions — Akira Kurosawa epics, John Ford westerns, science-fiction serials — and fulfills it with a verve and imagination all its own,” while Tech Crunch’s Anthony Ha held it in comparison to its most recent predecessor: “Where The Force Awakens usually moved too quickly to deal with the bleakness of its core conceit (which saw the Rebellion undermined, then nearly wiped out, and its heroes scattered), The Last Jedi actually embraces a sense of futility and defeat. The movie’s final act mixes hope and despair nearly perfectly — I don’t want to admit that this is the first Star Wars movie to make me cry, but here we are.”

Aside from the rave reviews, one of the film’s stars, John Boyega, ignited chatter when he mentioned in an interview that British Princes William and Harry were cast as Stormtroopers in the new film, but that their scene was ultimately cut. Meanwhile, Hamill noted in a press conference this week that he discussed royal lineage with Prince William and Prince Harry on set to try and settle a debate between himself and his onscreen sister, Carrie Fisher, who played Princess Leia. He said it’s a discussion that dates back to Return of the Jedi and the moment he found out that Luke Skywalker and Princess Leia were twins. “I said, ‘Wait a minute, if Luke is Princess Leia’s brother, doesn’t that make me royalty?’ And she immediately said ‘No.'” So all these years later, Hamill took his case to the pair of real-life royals. “I said, ‘I really want your opinion on this’… I said, ‘My mother was Queen Amidala, my father was Lord Vader, my sister is Princess Leia. Doesn’t that make me royalty?’ … Unfortunately it was a split decision because William said, ‘Yes’ and Harry said, ‘I need more information’ so I said, ‘Darn it. I need the ammunition to rub it in Carrie’s nose! It’s been going on for 40 years!'”

Royalty or not, something tells us that, if this latest movie follows in its predecessor’s footsteps – The Force Awakens‘ $2 billion box office set the record for a Star Wars film and landed it in the number three spot on the list of highest-grossing films ever – this will hardly be the franchise’s last Jedi.

A version of this article appeared in the December/January 2017 issue with the headline, “A Holly Jolly Jedi Christmas,” p. 16.