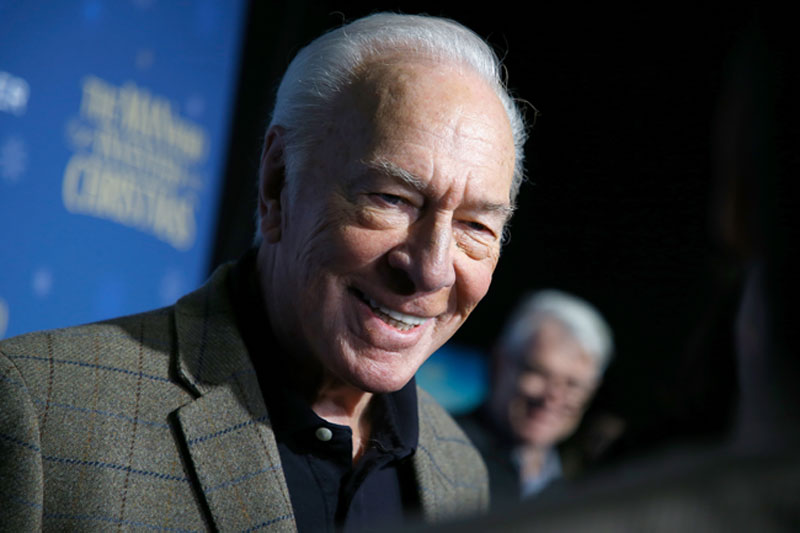 Canadian legend Christopher Plummer is perhaps best known for playing Captain von Trapp in The Sound of Music. He also has the distinction of being the oldest Oscar winner, when at 82, he won for supporting actor in Beginners.

But Plummer is in the news a lot these days – at least in the movie news – for taking on the role of John Paul Getty in Ridley Scott’s latest film All The Money In The World. When the original actor Kevin Spacey was accused of sexual misconduct by several men, director Scott made the unprecedented move to reshoot all of Spacey’s scenes with a new actor, thus saving the production from scandal and giving it a fighting chance at the box office and award season. Enter Mr. Plummer – see photo below, as Getty. The trailer with the new footage of Plummer in the role was released in November before the shooting was complete.

The actor recently sat down with The Hollywood Reporter to discuss what it was like stepping into a role last minute and doing a shoot in 9 days with Mr. Scott.

One thing was made clear during the interview is Mr. Plummer – who turned 88 on December 13 – has no intention of slowing down. When asked about the pressure to take on the role given the level of public intrigue in the situation: “I only felt the natural pressure of doing it all in that short a time. I am still ambitious at my age, and I take risks,” Plummer told the reporter. “It’s incredible — I’m 88. Every 20 years, one seems to get a new career. It’s very satisfying. I’m not pushing up the daisies just yet. It was a scary and fun experience — both.”

And his positive attitude has paid off, he has been nominated for a Golden Globe for his work on All The Money In the World after the voting members of the Hollywood Foreign Press Association were shown an early print of the film. Mr. Scott’s risk certainly has paid off so far.