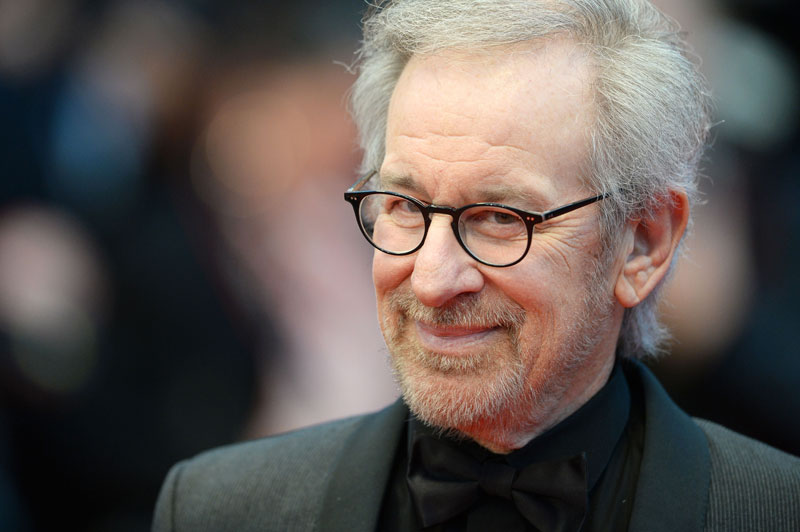 After the dismal box office of The Big FG the whispers began. Had Steven Spielberg – who turns 71 today – the filmmaking giant of the 1970s (Jaws), 80s (ET, Raiders of the Lost Ark), 90s (Jurassic Park, Schindler’s List, Saving Private Ryan) and 00s (Catch Me If You Can, Munich) and 10s (War Horse, Lincoln) – lost his edge? Was he even relevant? Or should he go quietly into the night or at the very least a dark screening room?

He undoubtably heard such poppycock, perhaps even had moments of self-doubt, but his response, as always was to forge ahead with his art. How do I know this? Because in the spring of 2016 I got to spend time with Mr. Spielberg in New York for our cover story about his life and art.

And forge ahead he did, with the release of The Post (movie still below) Spielberg’s latest drama starring Meryl Streep and Tom Hanks as legendary Washington Post publisher Katherine Graham and editor Ben Bradley respectively. The film is timely given the attacks on the press and the First Amendment by current US President Donald Trump and his cronies.

Suffice to say the upcoming awards season belongs to Spielberg. Want proof? His new film isn’t even released to the general public until Friday (December 22) and yet it has already racked up a slew of awards: AFI Movie of the Year, National Board of Review’s Best Film (and best actor/actress), New York Film Critics, Online and more. It has also garnered six Golden Globe nominations.

When one cast member was asked what it was like working with Spielberg for the first time he replied, “It was like hearing God call ‘Action.'”