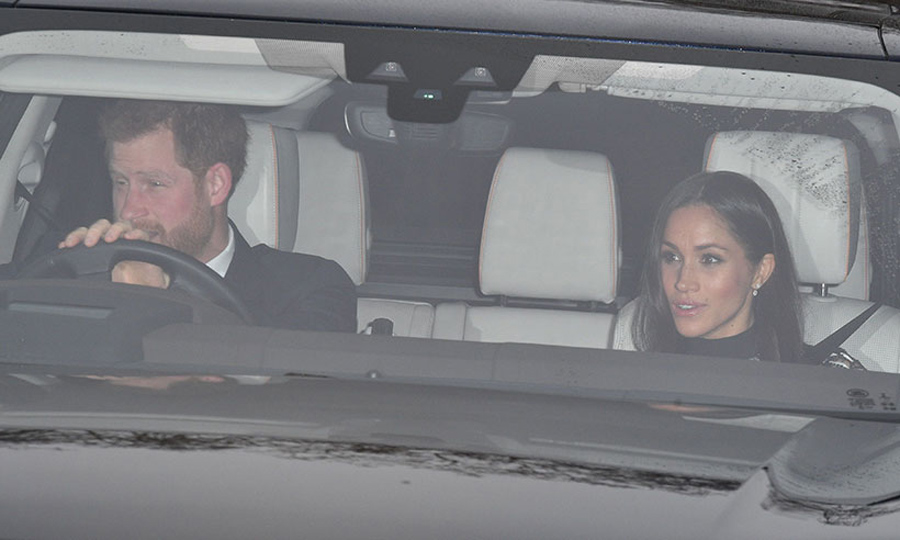 The American actress caused a stir on Wednesday morning as she arrived at the Queen’s annual pre-Christmas lunch with Prince Harry.

It looks like Meghan Markle has officially been welcomed into the fold (not that we had any doubts on the matter)!

The former Suits actress, 36, attended the Queen’s annual pre-Christmas lunch on Dec. 20 at Buckingham Palace. Markle, who announced her engagement to Prince Harry, 33, on Nov. 27, met the extended royal family for the first time. Talk about pressure! Although we have no doubt that the cool-as-a-cucumber future royal handled the occasion with her typical grace and aplomb.

Prince Harry was seen driving his bride-to-be towards the gates of Buckingham Palace. For the more fashion-minded royal watchers out there, Markle wore a chic ensemble by British fashion brand Self Portrait, called a Nightshade Midi Dress, which she complimented with a pair of show-stopping Snowflake Round Jacket diamond earrings by Canadian fine jeweller, Birks. We have to admit, we’re thrilled that Markle is continuing her trend of wearing Canadian brands. The actress lived in Toronto for seven years during filming of Suits and has appeared on numerous occasions wearing labels from her adopted home.

The pre-Christmas lunch is a full-blown family affair with Prince William, the Duchess of Cambridge, and their kids, Prince George and Princess Charlotte, in attendance as well. Although Markle has already met the majority of Prince Harry’s immediate relatives—including tea with the Queen!—this will mark the first time she will meet the Duke and Duchess of Kent, their son, Lord Frederick Windsor, and his wife, Sophie Winkleman.

Markle’s appearance at the Queen’s pre-Christmas lunch comes two weeks after Kensington Palace confirmed that the actress will become the first royal fiancée to spend Christmas Day with the royal family at Sandringham House, in a break from traditional protocol. By comparison, Prince William and Catherine, the Duchess of Cambridge, spent Christmas apart, despite announcing their engagement in November 2010.