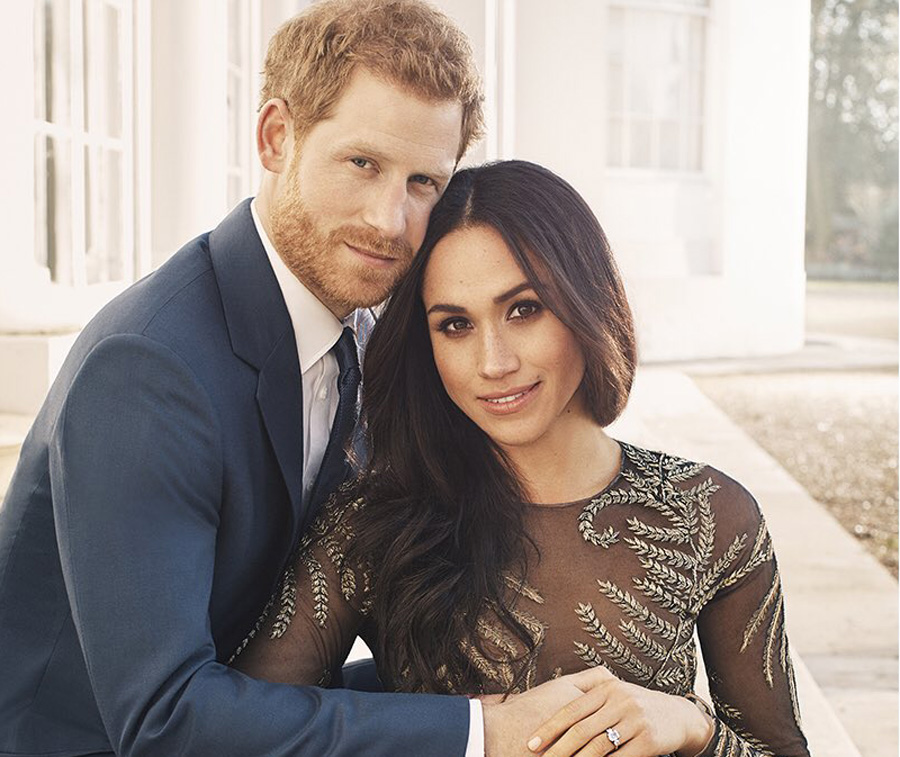 It’s the look of love!

Prince Harry, 33, and his American bride-to-be, Meghan Markle, 36, have released their official engagement portraits. The images come almost a month after the couple announced their plan to get hitched in May 2018 and exactly one day after Markle met the extended royal family during the Queen’s pre-Christmas lunch at Buckingham Palace.

Marke is the first royal fiancée to spend the Christmas holidays with her future royal in-laws, making the former Suits actress an exception to traditional protocol.

The intimate engagement photos were taken earlier this week at Frogmore House, a royal residence in the grounds of Windsor Castle—an appropriate setting given the couple are set to exchange vows at the nearby St. George’s Chapel on May 19, 2018.

Both photos showcase Markle’s engagement ring, Prince Harry designed using a diamond from Botswana and two from the private collection of his beloved mother, Diana, Princess of Wales. Markle is wearing a black and gold embroidered dress by British fashion house Ralph and Russo.

“It was an incredible honor to be asked to document this wonderful event, but also a great privilege to be invited to share and be a witness to this young couple’s love for one another,” Lubomirski said, in a statement from Kensington Palace. “I cannot help but smile when I look at the photos that we took of them, such was their happiness together.”

The happy couple were so overwhelmed by the flood of well-wishes from royal watchers across the globe that they shared this tweet via Kensington Palace: