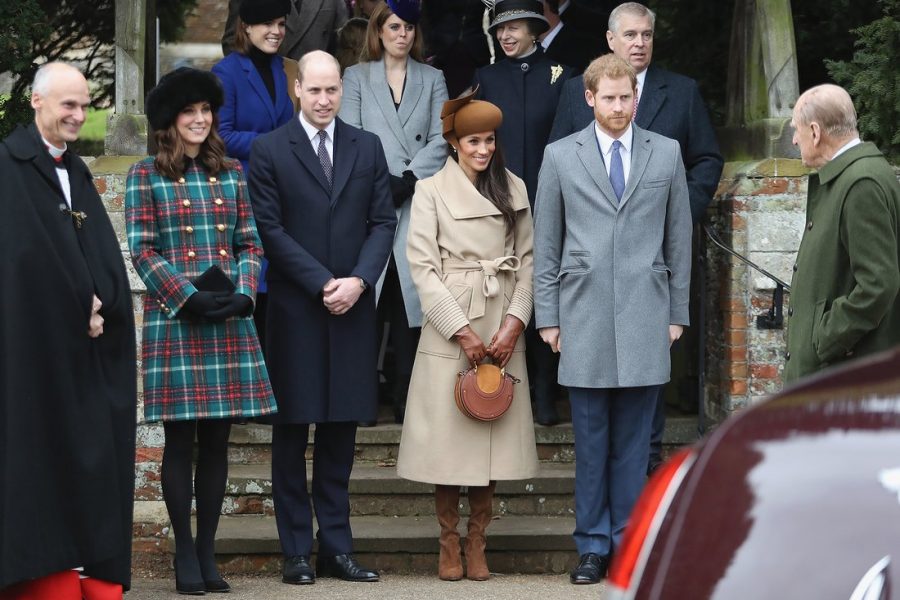 It’s here! The photo op royal watchers have been waiting for: the “New Fab Four”—together in one image.

Media outlets have already dubbed them the “New Fab Four.”

While the royal family attended a Christmas church service and greeted hundreds of well-wishers outside St. Mary Magdalene Church in Norfolk, England, on Dec. 25, all eyes were on the younger generation: Prince William and his wife, Catherine, the Duchess of Cambridge, and Prince Harry and bride-to-be Meghan Markle.

Bystander Karen Anvil captured a great image of the “New Fab Four” in action, sharing the image on her Twitter account:

It’s been an exciting year for the royal family: Prince William and the Duchess of Cambridge, are expecting their third child in April, while Prince Harry and former Suits star Markle are busy planning their May wedding. This holiday season also marks 96-year-old Prince Philip’s first Christmas as a retiree. No doubt there were plenty of topics to discuss as the royals spent some time together at Sandringham House.

RELATED: The Royal Family and Sandringham

On Christmas Day, after enjoying a full English breakfast together, the royal family attended the traditional church service at St. Mary Magdalene Church. As expected, Markle stole the show, arriving on the arm of her dashing prince and waving to the crowds. Markle dressed for the occasion wearing a knee-length tan-coloured coat by Toronto label Sentaler. Fashion-savvy royal watchers noted that the American actress is continuing her trend of supporting Canadian fashion after living in Toronto for seven years during the filming of Suits.

It was only a few short weeks ago that Kensington Palace confirmed that, in a clean break from royal protocol, Markle would be spending Christmas with her future in-laws. The actress and humanitarian is the first royal fiancée to spend Christmas Day with the royal family. By comparison, Prince William and Catherine, the Duchess of Cambridge, spent Christmas apart, despite announcing their engagement in November 2010.

After the church service, the family headed back to Sandringham for a turkey roast lunch with all the trimmings, before everyone gathered together at 3 p.m. to watch the pre-recorded televised Queen’s Christmas Speech. As for dinner, it was no formal sit-down meal for this family: the food was entirely set up as a buffet (traditionally turkey, ham, parsnips, etc.), which no doubt gave the household staff a (well-deserved) opportunity to kick up their heels and enjoy the holidays, too!