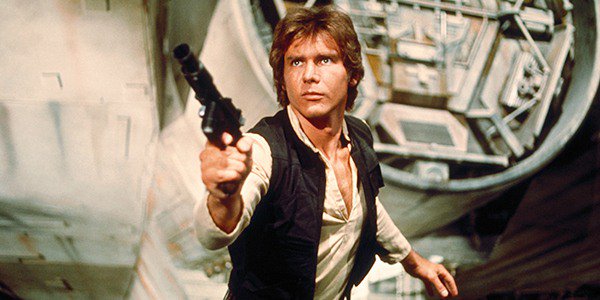 Famous actors don’t always look back at their roles in classic films with the same nostalgic appreciation we do.

In fact, sometimes they regret them. From Harrison Ford’s souring view of Star Wars after his third appearance in the franchise to Christopher Plummer’s brutally honest assessment of The Sound of Music, we take a look at the actors who have had a complicated relationship with their classic film roles.

Here, 5 actors who have expressed regrets about their most popular classic film roles.

Initially, Sean Connery had no qualms about playing the suave spy that put him on the map, but by the fifth instalment of the franchise, You Only Live Twice, the role had lost its appeal. “I have always hated that damned James Bond,” he once said in an interview. “I’d like to kill him.”

Connery thought that Bond had become boring due to a lack of character development throughout the first four films and made his grievances known to producer, Albert Broccoli.

But as production went ahead with the same stagnant James Bond, a feud began between the actor and producer, reaching a point where Connery would lock himself in his trailer when Broccoli came to visit the set.

Connery also wasn’t happy about his compensation for the films. After receiving $750,000 and 25% of merchandise profits for You Only Live Twice—modest by Hollywood standards—he demanded $1 million and a portion of the films profits for a return as bond in the sixth film of the franchise.

Unwilling to pay the star’s demanded compensation, producers went with George Lazenby for 1969’s On Her Majesty’s Secret Service.

But after audiences responded poorly to Lazenby, movie executive David Picker would offer the deal of a lifetime to win Connery back for Diamonds Are Forever.

“After we flopped with Lazenby we had to get Sean back, so I met with Sean and it turned out they had treated him really badly,” Picker told BlogTalkRadio.com. “I worked out a deal I thought Sean would respond to, where he’d only have to do one more movie for us. [I said], ‘If you do one movie more for James Bond we will make a three-picture deal with you where you can make any picture up to a certain budget. Sean came back and obviously revived the series and only made one movie under that deal.”

Latterly, the actor must have warmed up to the role. He played Bond one final time in the unofficial Thunderball remake, Never Say Never Again in 1983.

2. Christopher Plummer: The Sound of Music

The 1965 classic musical, “The Sound of Music” set box office records in nearly every continent it played, earned 10 Oscars and still holds up with audiences today.

Yet the iconic classic still has its detractors. More surprising though, is that one of those naysayers is none other than Christopher Plummer, who played Captain von Trappe, the heartthrob in the film.

“I think the part in The Sound of Music was the toughest,” Plummer told The Hollywood Reporter when asked what his toughest role was. “Because it was so awful and sentimental and gooey. You had to work terribly hard to try and infuse some minuscule bit of humour into it.”

Despite his misgivings about the film, he’s well aware of its tremendous and lasting impact.

“There’s a whole new generation every year—poor kids—that have to sit through it,” he told Dark Horizons with a laugh. “But it was a very well-made movie, and it’s a family movie and we haven’t seen a family movie on that scale for ages. I don’t mind that. It just happened to be not my particular cup of tea.”

Marlon Brando earned an Oscar nomination for his portrayal of Stanley Kowalski in A Streetcar Named Desire but the role also came with some unwanted attention.

According to Time Magazine, Brando said he was “annoyed that the character was viewed as an archetype of the sexy outlaw hero.”

Brando’s discomfort with his sex symbol status would lead to a deeper hatred of the character.

“Kowalski was always right, and never afraid,” he once told an interviewer. “He never wondered, he never doubted. His ego was very secure. And he had the kind of brutal aggressiveness that I hate. I’m afraid of it. I detest the character.”

Harrison Ford would never have landed the part of Han Solo had it not been for casting consultant Fred Roos.

After George Lucas refused to hire Ford or any other actor he had worked with previously on American Graffiti, Roos would go to some considerable lengths to get Ford through the door.

In fact, he had the young actor create the door himself, literally. Ford, who had all but given up on acting had started working as a carpenter, which Roos used to his advantage. He hired Ford to install a door where the auditions were being held, hoping to change Lucas’ mind.

The strategy worked, and Ford would go on to make the Han Solo character his own, often changing the script to reflect his interpretation of the character. “I think of myself as an assistant storyteller,” he explained in The Making of The Empire Strikes Back.

Nowhere is his investment in the character more apparent than in Han Solo’s response to Leia’s declaration of love for him in The Empire Strikes Back, which Ford changed from “I love you too” to “I know.”

However, after completing the third film, Return of The Jedi, that passion had waned. During a promotion for the film, Ford told an interviewer “three is enough for me. I was glad to see that costume for the last time.”

That bitterness may have had something to do with Ford’s unfulfilled desire to have Han Solo sacrifice himself at the end of the film.

“I thought the best utility of the character would be for him to sacrifice himself to a high ideal and give a little bottom, a little gravitas to the enterprise, not that there wasn’t some already but I just wanted in on some part of it,” he explained to Conan O’Brian.

In 2015 Ford rekindled his complicated love for the franchise, signing on for Star Wars: The Force Awakens where he finally received the heroic demise he had hoped for.

Dick Van Dyke was haunted by the cockney accent he used to play chimney-sweep Bert in Mary Poppins for half a century before he finally addressed it publicly.

After receiving word he would be honoured with a Britannia award for excellence in television at the British Academy Film Awards (BAFTA), he told reporters that he appreciated the “opportunity to apologize to the members of BAFTA for inflicting on them the most atrocious cockney accent in the history of cinema.”

When it came time to accept the award, he delivered his apology and blamed the cast of Brits for not alerting him to the horridness of his accent.

‘I blame Julie Andrews as much as anybody,’ he told the audience.

The television legend also offered up a few excuses, revealing he only had an hour to practice the accent with an Irish dialect coach to boot.

As for the incessant teasing he’s received at the hands of fans in the UK over the years, Van Dyke seemed to take it in stride.

“They ask what part of England I was meant to be from and I say it was a little shire in the north where most of the people were from Ohio,” he told The Guardian.