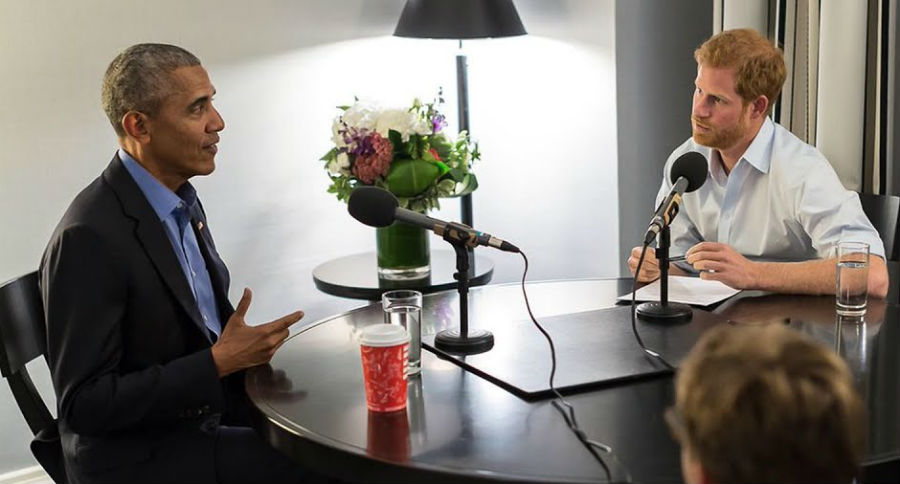 Prince Harry took on an unfamiliar role for BBC Radio back in September when he interviewed former President Barack Obama while they were in Toronto for the Invictus Games.

The long anticipated interview aired on the BBC’s flagship program, Today, where Harry inquired about life after the oval office and Obama’s plans for the future.

Although Prince Harry has had plenty of experience with the international spotlight, he admitted to some jitters before the interview began.

“You’re excited about this [and] I’m nervous about this, that’s what’s quite funny,” he tells Obama during a sound check ahead of the interview.

Jitters aside, Prince Harry seems to handle himself quite well during the interview, transitioning from a lighthearted discussion about life as a civilian to prompting critique of the current state of American politics.

While they never mention President Trump directly, Obama alludes to the type of leaderships he’s seen from his predecessor.

“I think the great danger that often befalls leaders is that the people they’re supposed to be serving become abstractions and they’re not abstractions,” he tells Prince Harry. “If you don’t understand that what you do everyday has a profound impact on somebody else, then you shouldn’t be there.”

Listen to the full interview here