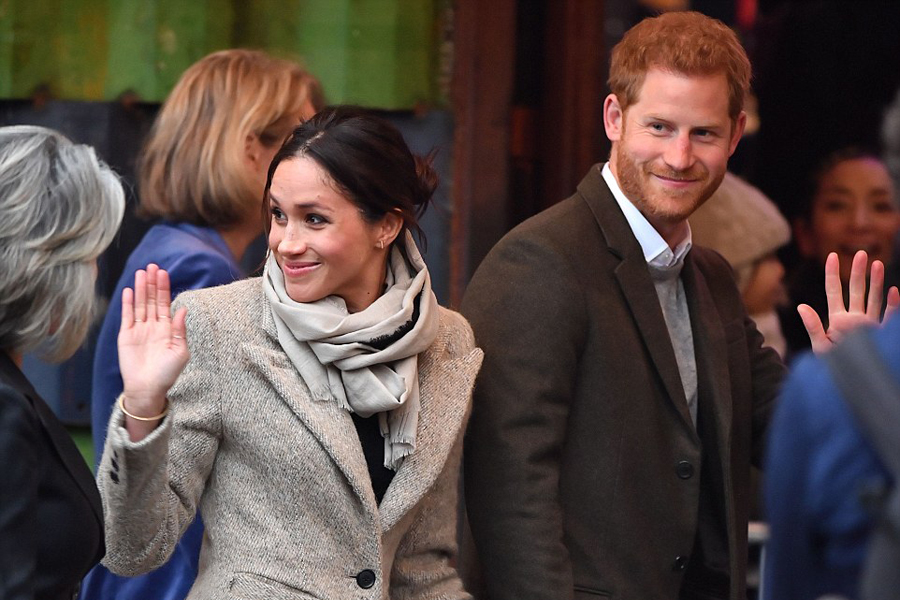 Prince Harry and Meghan Markle made their second official joint appearance at the studio of a youth-oriented radio station in South London—and it drew more than its fair share of controversy.

There’s no denying that any public outing involving this couple du jour is a major event (can we just start calling them Harkle already?). Sure, royal figures are almost always greeted by hundreds—if not thousands—of adoring crowds, but there’s no denying that the lovey-dovey connection shared between this royal and his bride-to-be has struck a nerve with royal watchers. They have us all rooting for them.

That being said, it would appear the couple will now have to weather their first storm.

On Jan. 9, Prince Harry, 33, and American actress Meghan Markle, 36, took a trip to South London to visit the studios of the youth-oriented radio station Reprezent FM, located at POP Brixton. The station, which trains hundreds of youth in media and employment skills each year, offers courses in radio production, confidence building and volunteering, among others. Many of the programs graduates have gone on to open their own nightclubs and produce their own music.

That controversy we mentioned? Some local residents likened the visit to nothing more than a “publicity stunt.” As NBC  News reports, Brixton has frequently been dubbed “London’s Harlem” following a mass migration of the city’s Afro-Caribbean community at the end of the Second World War. In 1996, Nelson Mandela accompanied Prince Charles to the South London neighbourhood, which the Nobel Peace Prize winner described as “the fulfillment of a dream.”

Yet, some locals say the royal visit will do little to benefit the overall community as it struggles with soaring rent prices and large-scale gentrification. It begs the question: Did Kensington Palace really choose Brixton because of Markle’s biracial identity? We think not.

RELATED: Meghan Markle Speaks Out About Her Mixed Race Heritage

Reprezent FM CEO and founder, Shane Carey, told the Daily Mail it was actually the prince and his lady fair who approached him a few days before Christmas asking for a tour of the studio. The couple had recently learned about the stations close ties with the Queen’s Young Leaders, a charity close to Prince Harry’s heart and one that works with his own royal foundation, Heads Together, which he co-founded with his brother and the Duchess of Cambridge to help address mental health issues.

“We didn’t invite them, they approached us just before Christmas,” Carey told the Daily Mail. “I was asked to give a major presentation the next day and have been working on this non-stop ever since. The reason they are coming is because we are aligned very closely to their interests, we do a lot of work around mental health. The whole model of Reprezent is peer mentoring, and I know that is something that really interests Prince Harry.” Take that, royal naysayers!

Tough as it is to believe given the couple’s ubiquitous media presence—this marks only their second official joint engagement (the first was on Dec. 1, when the couple visited the Terrence Higgins Trust in Nottingham for World AIDS Day). After all, there was the news that Markle, in an unprecedented move by the royal family, would spend Christmas Day with her future in-laws, followed by the release of their stunning engagement photos and the annual Christmas church service at Sandringham in which Markle once again donned a stylish jacket from a Canadian label (Toronto’s Sentaler, this time).

It was reported by some British media outlets that the couple enjoyed a quick vacation in the French Riviera to ring in the new year. The pair were spotted on a British Airways flight bound for Nice on New Year’s Eve. In a valiant effort to keep a low profile, the duo boarded the plane before other passengers and sat at the back near the rear washrooms. Talk about a royal flush!