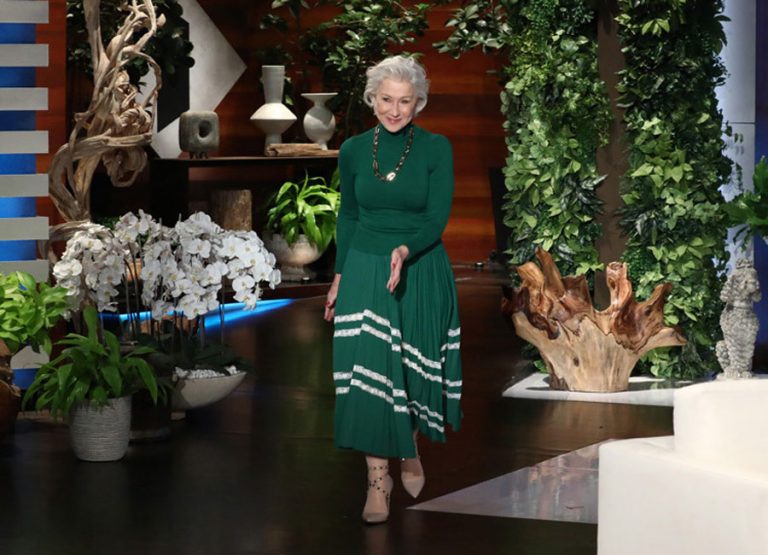 Helen Mirren received some good news during her recent appearance on The Ellen DeGeneres Show.

Viewers may have learned some interesting tidbits about Helen Mirren’s personal and professional life during an interview with Ellen DeGeneres, but it was the actor herself who received the most shocking of revelations.

Early in the interview, when DeGeneres lauds the actor for never hiding her age at 72, Mirren quickly corrects her, telling her she’s 73. But, as DeGeneres presses the issue, Mirren’s certainty begins to waver.

After going back and forth with the host a few times, Mirren is finally convinced by a producer off-camera.

During the candid interview, Mirren also recalled her encounters with Princes William and Harry. “They’re both unbelievably charming, very straightforward and a great credit to their father,” she says.

As for the speculation surrounding whether Mirren will reprise her role as the Queen Elizabeth in the third season of Netflix’s The Crown, the Oscar-winner says she prefers “to move forward, not back.”

Mirren was a guest on DeGeneres’ the talk show to promote her most recent film, The Leisure Seeker, where she and Canadian actor Donald Sutherland play a runaway couple hoping to rediscover their passion for life and their love for one another on an RV adventure.