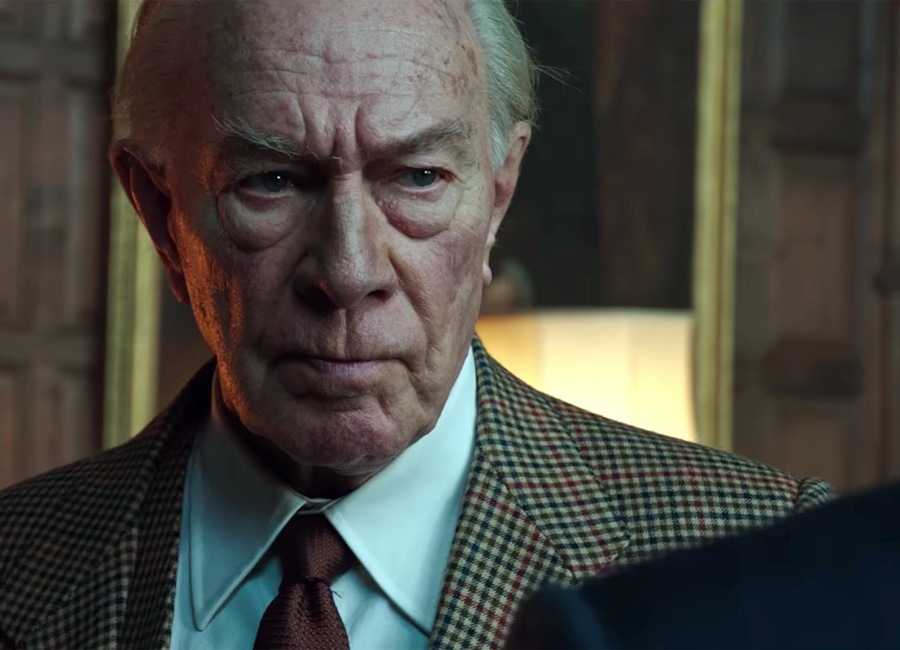 The two-time Zoomer cover subject could regain his crown as oldest Oscar winner ever if he wins for Best Supporting Actor at the 2018 Academy Awards.

Christopher Plummer, 88, who replaced actor Kevin Spacey in the co-starring role of J. Paul Getty in the biopic All the Money in the World in an unprecedented whirlwind movie re-shoot over the course of only nine days, was rewarded for his efforts this morning when the nominations were announced for the 90th Academy Awards.

The Canuck acting legend earned his third Oscar nomination – for Best Actor in a Supporting Role – and given he’s already the oldest person to ever win an acting Oscar (at age 82 in 2010 for Best Supporting Actor for Beginners) he could retake the title of oldest Academy Award winner ever by edging out famed Italian composer Ennio Morricone, who unseated Plummer when he won for Best Original Score (The Hateful Eight) in 2016 at the age of 87.

In a twist, however, there are two other nominees vying for oldest Oscar winner ever – French filmmaker Agnès Varda, nominated in the Best Documentary category for the film Faces Places, and James Ivory, nominated for Best Adapted Screenplay for Call Me By Your Name. Both Varda and Ivory are 89, a year older than Plummer, with Varda edging out Ivory in age by a mere seven days.

The three-way race for oldest Oscar winner ever comes during a year when 19 of the 25 nominees in the acting and directing categories – often considered, along with Best Picture, as the highest profile Oscar categories – are all over the age of 40. Just two days after Nicole Kidman’s stirring Screen Actors Guild Awards acceptance speech honoured actresses over age 40 and implored Hollywood to tell more of their stories, all the nominees for Best Actress in a Supporting Role have surpassed the big 4-0 milestone.

Octavia Spencer, 47 – The Shape of Water

And on top of that, four of the five actresses are first-time nominees, with only Spencer having been nominated previously. She won in 2012 in the same category for her role in The Help. As for their male counterparts, all are also over the age of 40 but only Sam Rockwell, 47, is a first-time nominee. And, though he’s been cleaning up this award season for his efforts in Three Billboards Outside Ebbing, Missouri, he faces seasoned Oscar competition.

Richard Jenkins, 70 – The Shape of Water

Christopher Plummer, 88 – All the Money in the World

As for the award for Best Actress in a Leading Role, Frances McDormand, 60, has to be the favourite going into the Oscars, with award season momentum for her starring turn in Three Billboards Outside Ebbing, Missouri, which has already won her a Golden Globe and SAG Award in the same category, but with a stacked roster of nominees, including Meryl Streep, 68, from The Post and career performances from Sally Hawkins, Saoirse Ronan and Margot Robbie, an argument could be made for any of the actresses up for the award.

Sally Hawkins, 41 – The Shape of Water

And the only three-time Best Actor Oscar-winner in history, Daniel Day-Lewis, 60, who is supposedly retired from acting, could ride off into the sunset with a record-breaking fourth statuette in the category if he can edge out the competition, including Gary Oldman, 59, whose performance as Winston Churchill in Darkest Hour has so far netted him most of the Best Actor wins this award season.

Timothee Chalamet – Call Me By Your Name

Daniel Kaluuya – Get Out

When it comes to the Academy Award for Best Director, the eventual winner is anyone’s guess. Guillermo del Toro, 53, has been feeling the award-season love for The Shape of Water (and is also nominated for Best Screenplay and shares in the Best Picture nomination) but a strong case could be made for all of the nominees. Greta Gerwig, who was snubbed in this category at the Golden Globes despite directing (and writing) one of the most universally lauded films of the year, would be only the second woman to win the Oscar for Best Director (Kathryn Bigelow won at age 59 in 2010 for The Hurt Locker) while Jordan Peele’s debut solo directorial effort, Get Out, could make him the first African-American to win in this category, which makes this perhaps the most intriguing category of the night.

Jordan Peele – Get Out

Other high-profile 40-plus nominees include the category for Best Original Score, in which the youngest nominee is 46. Music legends Hans Zimmer, 60 (Dunkirk) and John Williams, 85 (Star Wars: The Last Jedi) lead the pack that also includes Jonny Greenwood, 46 (Phantom Thread), Alexandre Desplat, 56 (The Shape of Water) and Carter Burwell, 63 (Three Billboards Outside Ebbing, Missouri).

As well, a very honourable mention goes to Rachel Morrison, 39, who is the first woman ever nominated in the Best Cinematography category for her work on Mudbound.

And to top off Oscar night, the Best Picture nominees are:

Call Me by Your Name

The Shape of Water