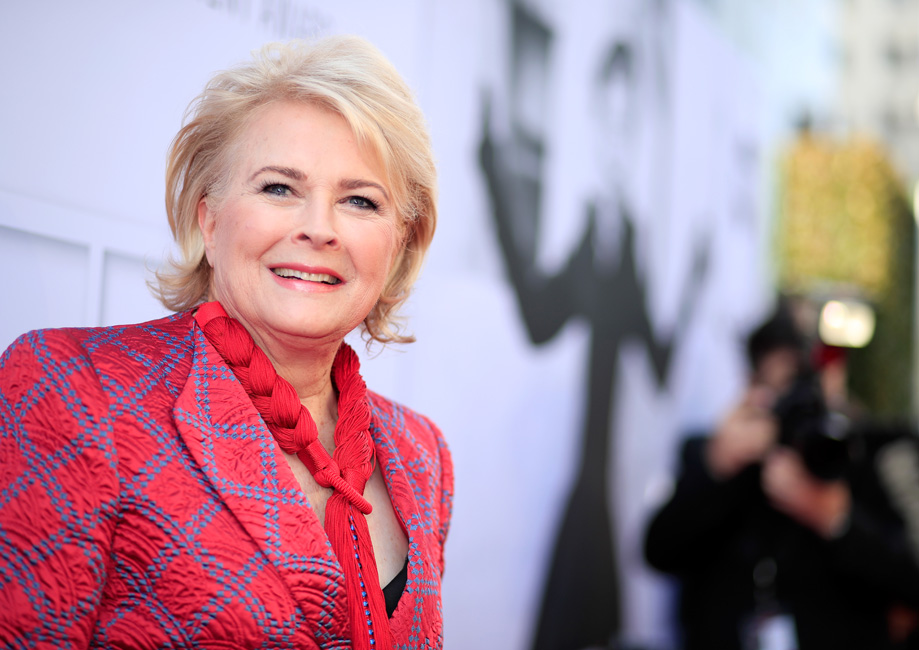 From Oprah to Meryl Streep to, yes, Murphy Brown, women over 50 are leading figures in cultural movements to stomp out ills from sexual abuse to ageism.

“I was waiting for the universe to dispense some justice but sometimes the universe is just too damn slow. The effects of putting Nair in someone’s styling gel, however, only take a few minutes.” – Murphy Brown

Murphy Brown is back, rebooted 30 years after it ended its initial run and, if the opinionated, single working mom with a mouth that could make a sailor blush was ahead of her time back when the series debuted in 1988, she’ll fit like a glove in today’s polarized social climate.

Television often reflects the society which it serves and these days even TV reboots are filling that role. In an age where intolerance against non-heterosexual lifestyles is on the rise, is it a surprise that Will & Grace, a ground-breaking series with homosexual lead characters, should enjoy a resurgence? And at a time when logic and reason is routinely shouted down by those with darker political agendas, The X-Files – which famously purports that “The truth is out there” – proves a completely necessary cultural channel for the growing frustration over the onslaught of “alternative facts.”

Yet the importance of resurrecting the Murphy Brown character goes beyond serving as a response to the political climate of the day. While fans salivate over the prospects of Murphy laying the smackdown on U.S. President Donald Trump in the same way she woman-handled then-U.S. Vice President Dan Quayle in early 1992, when he chastised her as a single mom “mocking the importance of fathers,” it’s what the character represents that echoes a larger cultural shift.

Consider the buzz around actress Candice Bergen’s return as Murphy Brown, coupled with Oprah’s stirring #MeToo speech at this year’s Golden Globes, Nicole Kidman’s call for equal age and gender representation at the SAG Awards last weekend, Meryl Streep’s highly publicised anti-Trump speech at last year’s Golden Globes and the popularity of works with strong feminist themes like Margaret Atwood’s The Handmaid’s Tale and Alias Grace. Candice is 71, Oprah’s 63, Kidman’s 50, Streep is 68 and all of them are representative of the notion that women over the age of 50 are the new cultural folk heroes.

No male actor delivering the same speeches could have duplicated their impact. It could only be women like these leading the charge, giving voice to the voiceless and the angry and the survivors on a stage as prominent as any that their male counterparts enjoy. They are older, wiser, and have braved the gender equality minefield for decades and as they age they’re tossing off the shackles of outdated ideologies that say women should approach their golden years on a rocking chair, knitting needles in hand. Forget that — pass them a knitted pussy hat instead and watch them march on, leading by example for the generations in tow.

This cultural and generational shift traces, in part, back to Hillary Clinton’s 2016 presidential run, where many detractors wrote her off as a low-stamina grandma unfit for office. She won – well, the popular vote anyway – but lost to an older, rich white man prone to racism, bigotry and misogyny. Despite a hot Access Hollywood mic catching Trump bragging about sexually assaulting women, his election prompted women around the world to rise up in protest. The fuse was ignited and it finally exploded with a thunderous blow that consumed powerful men like Harvey Weinstein, Kevin Spacey and their ilk with accusations of sexual abuse. It also spawned protests against sexual abuse like Time’s Up and gave even more steam to the #MeToo movement and, while Trump has so far avoided a Weinstein-esque takedown, the opposition to him and men like him is growing stronger.

And who better to serve as the antithesis to older, powerful, predatory men than their female generational counterparts? Is it any wonder that Trump himself, or his aides, seemingly can’t go a week without invoking Hillary Clinton’s name? Is it any surprise that a powerful man who boasts of his self-professed strength, stamina and even virility is bothered that more people technically voted for a 70-year-old grandmother over him? In fact, according to three studies, when it comes to men feeling threatened by powerful women, “it’s gender plus status that jeopardizes their manhood and causes them to be more pushy with women in the workplace.” Given Trump and Clinton were up for the same job, and more people preferred her for it, this makes sense.

As for Oprah, or Nicole, or Meryl, or Bergen, when these powerful 50-plus women push back the world takes notice. Oprah’s recent Golden Globes speech prompted calls for a presidential run. Candice Bergen told a story last September about going on a date with Donald Trump while both were university students, generating as much attention for exclaiming, “He was a good-looking guy. And a douche” as she did for the “Free Melania” shirt she was wearing when she said it — a reference to Trump’s third wife and First Lady. And Meryl Streep’s 2017 Golden Globes speech hit right at the heart of the presidency, prompting Trump to retaliate on Twitter, calling her “one of the most over-rated actresses in Hollywood” before, you guessed it, invoking Clinton. “She is a Hillary flunky who lost big,” proving yet again that it really does infuriate powerful men when women of a certain age gain the upper hand.

Speaking of which, Murphy Brown’s record when going toe-to-toe with powerful men like the U.S. Vice-President is so good that, in 2018, while her return has been met with universal applause, no one anywhere is calling for any form of Dan Quayle reboot.

As for the battles still at hand, it was Hillary Clinton who summed up perhaps the greatest goal for women of her generation going forward when she was asked during the 2016 presidential election race about how being a grandmother would help her as president. She replied that, “More than anything, I want to make sure [my granddaughter] grows up in a country that is peaceful and prosperous—one that gives everyone an opportunity to live up to his or her potential.”

This is the reason so many prominent women over 50 are leading the charge, offering wisdom, advice, a lifetime of experience and vocal resistance in support of younger leaders and future generations who, hopefully, won’t have to fight these same battles.

And for those who, like Murphy Brown said, feel the universe is too slow in dispensing justice, it’s heartwarming to know that protests and political movements are solid means for affecting real change. Though, I’ll admit, I don’t think I’m the only one who could also get behind a plan to slip some Nair into Donald Trump’s styling gel.