Fast Friends: The Duchess of Cambridge & Meghan Markle Are Inseparable 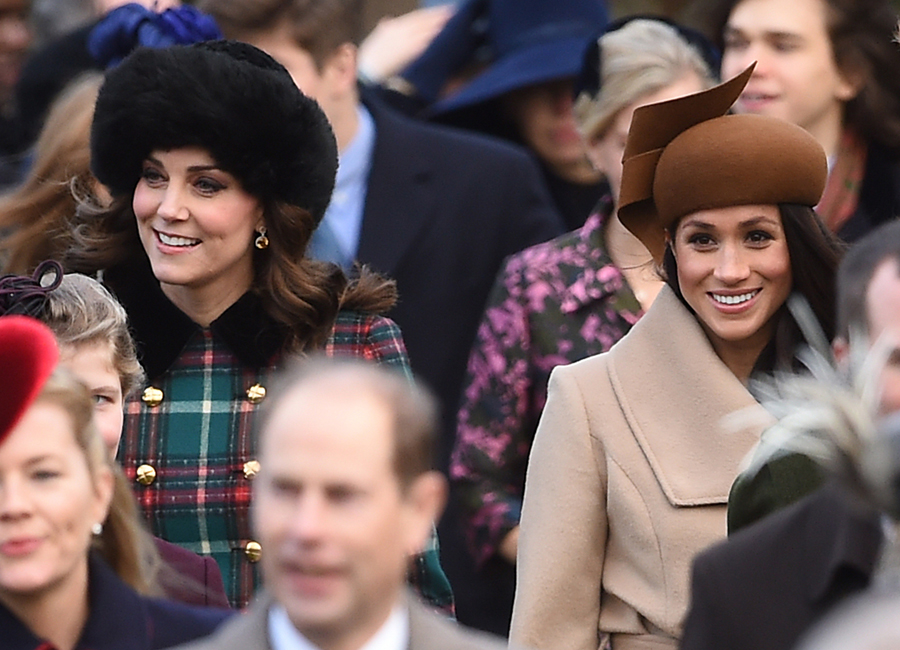 Beauty. Style. Princes. Three things that Catherine, the Duchess of Cambridge and Meghan Markle have in common – wait, commoner, that’s another one! – which perhaps explains why these two telegenic women have become instant BFFs.

Set to become sisters-in-law as of May 19 when Markle exchanges vows with Prince Harry in the television event of the year, the Duchess and former Suits star are reportedly already inseparable. According to People magazine, the Duchess is well underway in the mentorship of her American counterpart and it hasn’t escaped the public’s notice.

Not only are the two women neighbours at Kensington Palace, but they’ll soon also become business partners when Markle officially becomes a patron of The Royal Foundation. Prepare to see a whole lot more of the media-dubbed New Fab Four in the coming weeks, months and years.

Sure, Markle won’t face nearly the same amount of public scrutiny as the Duchess given that Prince Harry is about to be demoted to sixth in line to the throne with the April arrival of Prince William and Catherine’s third child. But although their paths started out markedly different—California girl Markle was raised by a single mother and likely harboured aspirations of Oscar glory while Catherine led a quieter life with her wealthy parents in the idyllic English countryside—the two 36-year-olds share a passion for humanitarian work and an inherent sense of style (and no one rocks a messy bun like Markle)—not mention a certain taste in royal men.

A palace insider tells E! News, “It’s becoming very clear within the family that William, Catherine, Harry and Meghan are the future of the royal family so everything rests on making sure Meghan eases naturally into her role. That’s a big priority for everyone…Catherine did it and so they know it’s possible for an outsider, without any prior interactions with the establishment, to integrate well.”

I, for one, can’t wait to see more joint public outings with Kate and Meg. I fully expect this new generation of royals to take over the world one day. They can’t be any worse than some of the current world leaders, right?

Either way, we think this is the beginning of a beautiful friendship.