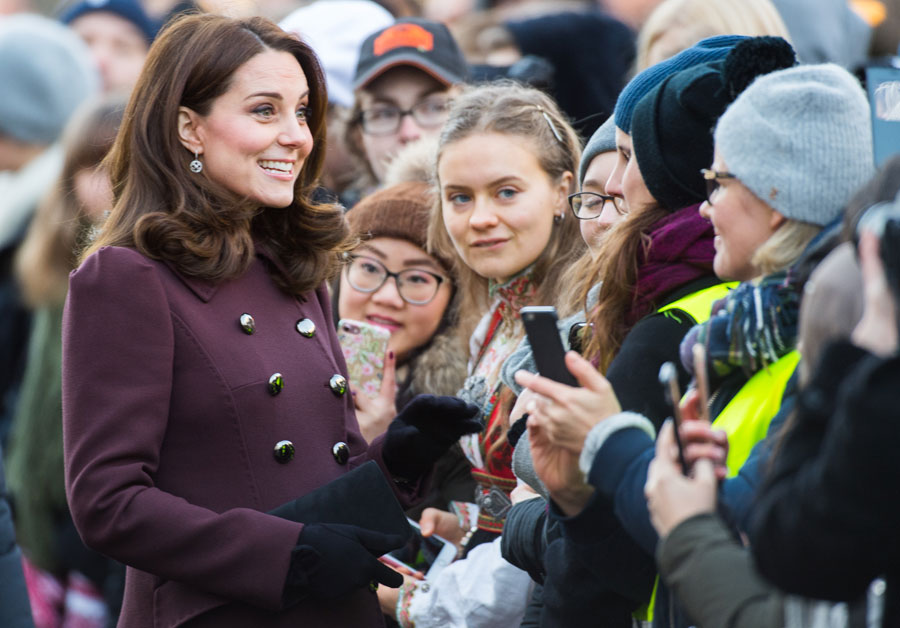 It looks like the the Duchess plans to shake things up with the newest addition to the House of Windsor — and we can’t blame her.

Catherine, the Duchess of Cambridge and Prince William (not to mention the entire world!) are counting the days until the arrival of their third child in April — but things look to be a little different this time around.

According to multiple British news outlets, the36-year-old Duchess might opt for a home birth — and for a good reason.

After the highly-publicized births of Prince George, 4, and Princess Charlotte, 2, in the Lindo Wing of St. Mary’s Hospital in London, it would appear that the royal couple might prefer a more intimate, private experience outside the glare of the paparazzi’s camera lens.

A royal source recently told The Express, “Catherine has said she would love to have her baby at home. She has discussed it with William and he is being very supportive. Above all, they both agree that having a home birth would save a massive intrusion into the day-to-day running of any hospital where she gave birth.

“They were very concerned about the chaos caused with the first two children as hundreds of press and public camped outside for several days, and they would like to avoid a repeat if they could,” the source continues.

However, this decision is not an entirely unprecedented move on the part of the Windsors. Queen Elizabeth herself was delivered via C-section at her maternal grandfather’s house and she birthed all four of her children — Charles, Anne, Andrew and Edward — at home.

According to Hello!, if the Duchess does indeed give birth at home, that means the new baby will be welcomed at either Kensington Palace — where Catherine and William live next door to Prince Harry and fiancée Meghan Markle — or Anmer Hall in Norfolk.

Despite experiencing the severe side effects of hyperemesis gravidarum (HG) during all three of her pregnancies, the Duchess never suffered any complications during her previous deliveries.

My guess is that, media attention aside, the Duchess likely wants to enjoy those first few weeks alone with her newborn — I mean, she’ll be expected to be out and about mere weeks after the birth to help her brother-in-law and his American beauty celebrate their May 19 nuptials. Prince Harry and Markle will wed at St. George’s Chapel in Windsor.

No word yet on whether the Duchess will bring along the newest addition to her adorable little family — but we can certainly hope!