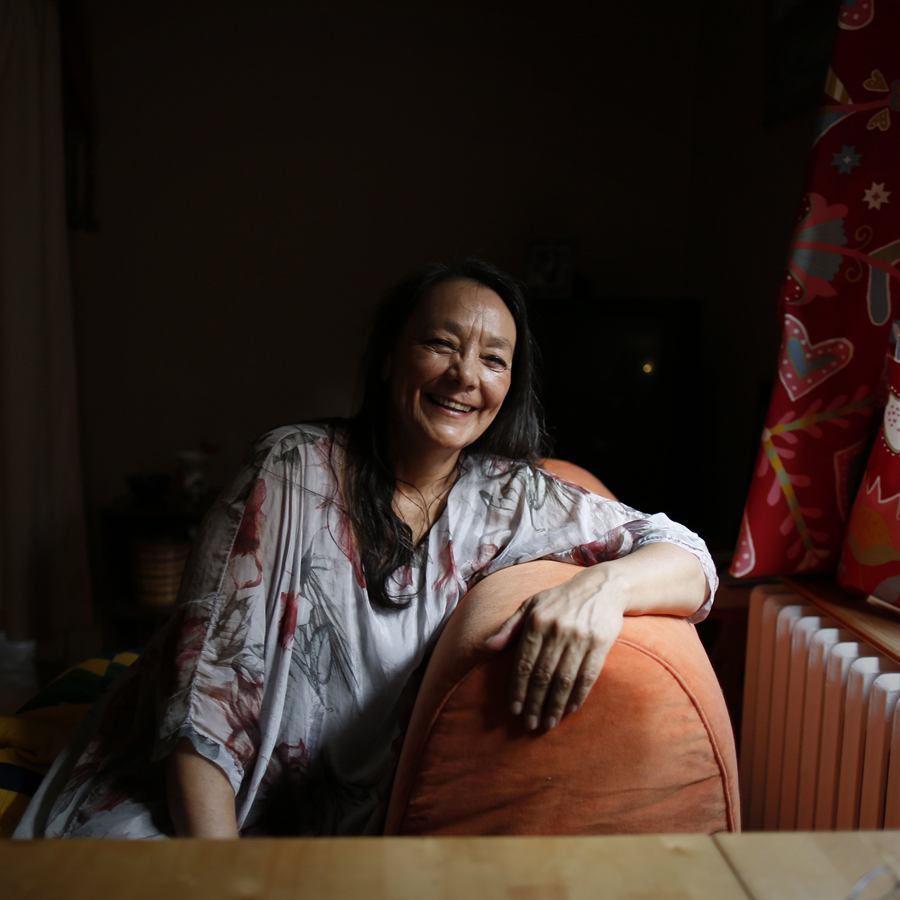 Tantoo Cardinal, 66, was born in Fort McMurray, Alta. Known for roles in Dances With Wolves, Legends of the Fall and Longmire, she is a member of the Order of Canada and, in 2018, won the Academy of Canadian Cinema & Television’s Earle Grey Award for lifetime achievement.

I grew up in an environment where our traditions, stories, ceremonies—everything had gone underground. In my time, there was a lot of silence. But there were ideas and parts of stories that would surface now and again. Once, when I was around five, the night sky turned red. It created a sense of awe, and out of that awe came fragments of stories about what was coming in the world. There would be a time when the sky would change. There would come a time when the trees would change colour, the fish would turn belly-up, dying in the thousands. There would be great wars.

As a child, I was always aware that these things were coming and, as I progressed out into the world, away from my community to the city, I met people who knew more of the details of these stories, so I kept learning. As the mining in Fort McMurray progressed, and the stories began seeping out about sickness, about what was happening to the animals and the land and the water, I screamed because nobody was paying attention. But it’s like screaming through glass; people see your mouth is moving but you can’t get through.

In order to do those things to the Earth—our sustenance—you have to see the Earth as an object. You cannot see her as a living, breathing force that sustains us. Now, with the Truth and Reconciliation Commission, we can say genocide. Maybe one day we will be able to say ecocide. But my people have not been the ones to listen to. There has been an attempt to snuff us out from the very beginning. Our wisdom has been trampled on. People are encouraged to buy, to be materialistic, to get more and more and more.

I grew up in an environment where we had to fix anything that broke. People were very creative in making what they needed. We lived in a log house with kerosene lamps and candles. I had one foot in the old ways, where you didn’t depend on the store. We ate a lot of wild meat: moose, beaver, rabbits, spruce hens. People had gardens and preserved food, canned vegetables and berries. Then there was a big psychological battle to get people off the land. Even trappers were encouraged to give up their traplines because it was “the way of the past.” When I go by plane to Fort McMurray, I can see why. There are pipelines and cutlines; they needed every inch of that land we were on to do what they are doing.

No good can come from stealing. There’s been a theft of the wisdom and love and life of my people and a theft from the wisdom of women. I see Canada as a fledgling country, a gathering of people saying, “We are smart, we’re the best in the world, we’re wise” … and ruthless. Absolutely ruthless. You need to recognize the enzymes missing – my people, my culture, my matrilineal civilization is missing. That’s why Canada’s not healthy. And I can’t just put on a fancy dress and pretend it’s not happening. I can’t do it. There are too many people affected. My own life is affected by this blindness. It’s an arrogance and it comes from Manifest Destiny. Where do you get off deciding your idea of civilization is the greatest in existence? What’s it going to take for people to recognize that this is a great fallacy? Nature is slow, but Nature is the real power. “Nature bats last.” I think our people have a manual on what the cost of it all is going to be. We have had our economic base ripped out from under us generation after generation. So we know what that is. We’ve had our families destroyed, so we know what that is. We’ve had our communities destroyed. We know what that is. So, whatever heartbreak you think you face—it’s been had.