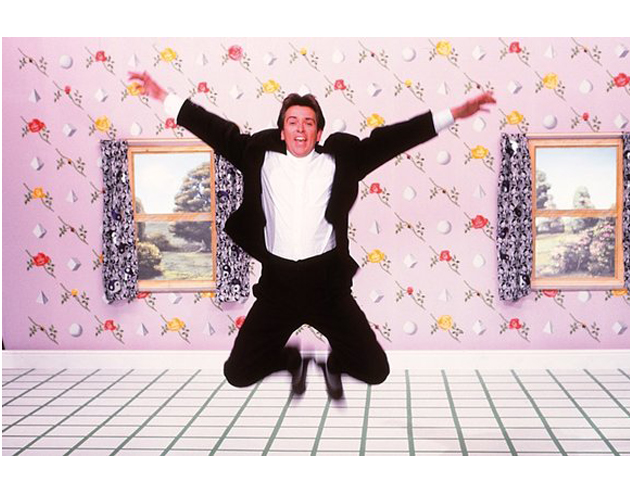 It’s hard to forget the revolutionary, eye-popping stop-motion visuals for “Sledgehammer,” the first single from Peter Gabriel’s award-winning 1986 album, So.

Released on April 25, 1986 (feel old yet?), the video was an instant classic in a time when creative, think-outside-the-box music videos were still in its infancy. And Gabriel, the eccentric former Genesis frontman who’s never had qualms with pushing the envelope, was at the forefront of musicians who utilized the popularity of channels like MTV as another artistic outlet.

Here, a few things you need to know about “Sledgehammer.”

1. Gabriel credits the song’s success solely on the music video, telling Rolling Stone, “I think it had a sense of both humor and fun, neither of which were particularly associated with me. I mean—wrongly in my way of looking at it—I think I was seen as a fairly intense, eccentric Englishman.”

2. It remains, to this day, MTV’s most-played music video OF ALL TIME!

3. The video was directed by Stephen R. Johnson, famous for helming the Talking Heads’ music video “Road to Nowhere”, and partially animated by Nick Park, who later went on to create the award-winning children’s series Wallace & Gromit.

4. During the week-long shoot, Gabriel lay under a sheet of glass while filming the video one frame at a time.

5. The singer’s young daughters, Anna and Melanie, appear at the very end surrounded by a large group of extras.

6. On February 9, 1987, the video swept all major categories at the MTV Video Music Awards, taking home a total of nine statues—the most awards a single video has won.

7. Gabriel ultimately knocked his former Genesis bandmates off from the No. 1 slot on the US Billboard Top 100 when “Sledgehammer” topped “Invisible Touch.”