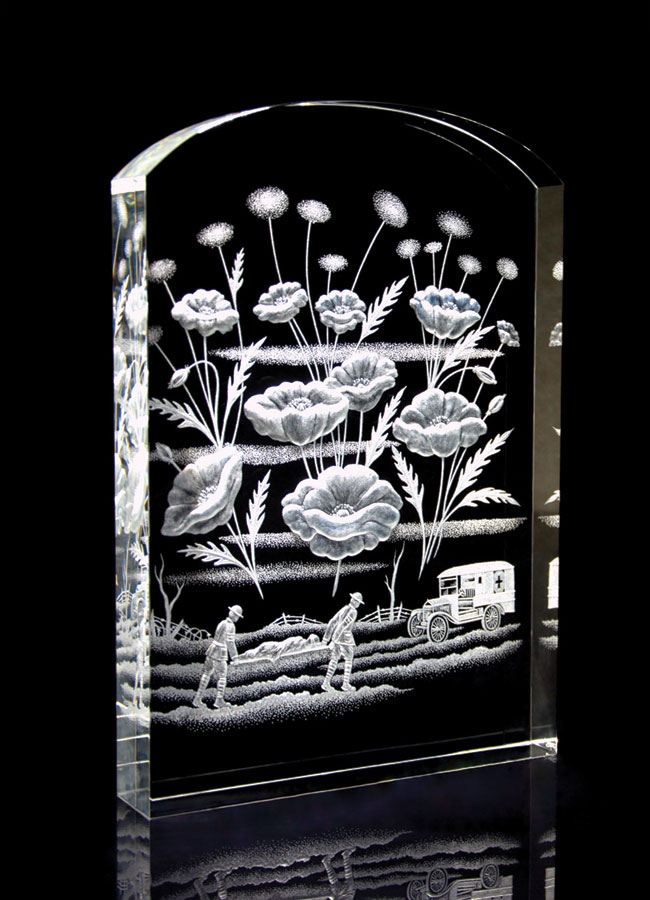 On Sept. 7, 1916, Montreal’s Lt.-Col. George Cantlie, who led his city’s Black Watch regiment into First World War combat, enclosed “the last rose of summer” in a letter home – one of the countless flowers he plucked from the battle-ravaged French soil to send to his wife and children. A century later, those flora blossomed into an extraordinary multisensory art exhibit, War Flowers.

Curated by Canadian documentarian Viveka Melki – who was shown a box with Cantlie’s dried flowers and letters that had been gifted from the officer’s daughter, Celia, to her niece, Elspeth Angus, while researching a different project with the Black Watch – this ode to men and women scarred by combat highlights 10 themes ascribed to the 10 different flowers using floriography (the language of flowers). Stitchwort, for example, represents Healing, while a daisy represents Innocence and a poppy stands for Eternal Sleep.

“In the Edwardian and Victorian eras, they would use flowers to express their emotions because those were discreet times and you didn’t express yourself,” Melki says.

She then collaborated with Quebecois perfumer Alexandra Bachand, who conceived of developing individual scents to evoke the essence of each theme, and crystal artist Mark Raynes Roberts, who interpreted the themes via crystal engravings. “It was very cathartic,” notes Raynes Roberts, whose grandfather fought in deadly First World War battles. “Cantlie [found] beauty in the most dreadful place, and here we are 100 years later celebrating that.”

Melki also highlights the importance of the exhibit in echoing conflicts both past and present. “This is not yesterday’s war. It’s [trauma] handed down by generations. You have to give language to that trauma to help us move on from it.”

A version of this article appeared in the March 2018 issue of Zoomer magazine with the headline, “War Flowers,” p. 14.