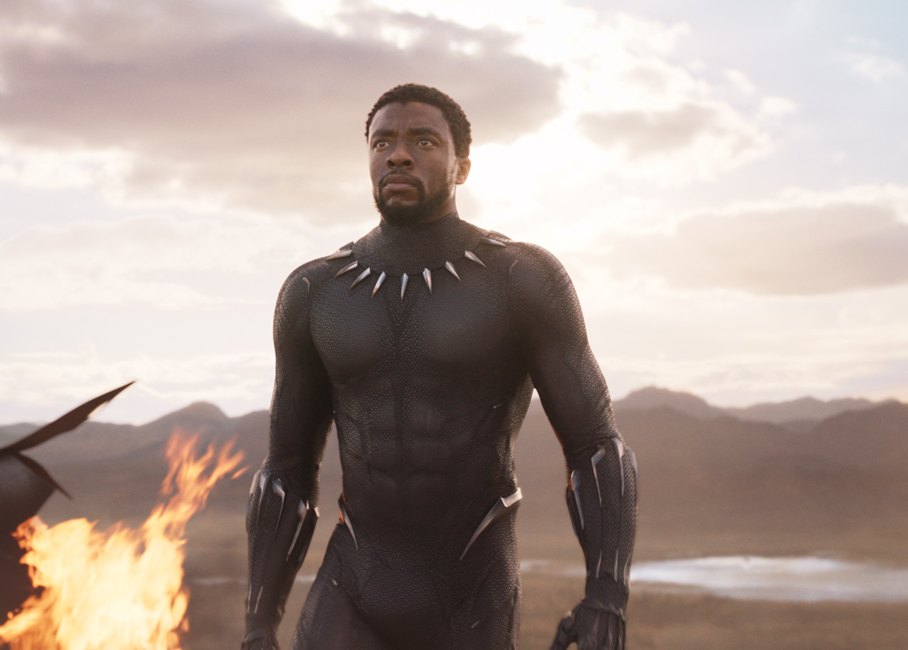 Friday Sept. 25 marks National Comic Book Day. And few comic book characters are more relevant right now than Black Panther, who was born of the Civil Rights era and elevated during the age of Black Lives Matter. Almost a month after the death of Chadwick Boseman, who played the hero on the big screen, and as the film continues to screen in Canadian theatres and remains as relevant as ever, we revisit our 2018 story about the character’s 50-plus year journey.

Black Panther is a boomer. Well, sort of.

Chadwick Boseman, the actor who plays the titular superhero in the upcoming Marvel film, is only 40, but the character, invented by former Marvel head Stan Lee and comics legend Jack Kirby, debuted in 1966, which technically means he’ll turn a healthy and spry 52 years old this year.

And not only is the character more relevant now than perhaps at any time in the last half century, in an era of heightened racial conversations and tensions that span social and cultural divides – from Black Lives Matter to #OscarsSoWhite – the Black Panther film is creating a movement all its own.

As The Los Angeles Times notes, the film “is having a cultural moment fuelled by massive pent-up demand for what is expected to be the first global superhero blockbuster to feature a mostly black cast and an African American director” while the New York Times adds that “Blade, released in 1998, featured Wesley Snipes as a Marvel vampire hunter, and Hancock (2008) depicted Will Smith as a slacker antihero, but in each case the actor’s blackness seemed somewhat incidental. Black Panther, by contrast, is steeped very specifically and purposefully in its blackness.”

Rolling Stone, meanwhile, conjures comparisons between the character and prominent African Americans both real and imagined – “…you’ll see someone with the arrogance of Shaft, the coolness of Obama and the hot-headed impulsiveness of Kanye West…” – while also raising an important question: why did it take Black Panther so long to hit big screens?

“Since the dawn of the modern Golden-Age superhero, we’ve been treated to over 30 iterations and appearances of Superman, Batman and Spider-Man (multiply that threefold if you count cartoons, cartoon movies and video games),” Tre Johnson writes. “We’ve had a stand-alone Howard the Duck movie, and a supergroup with a talking raccoon and a sentient tree as central characters. Wonder Woman, one of D.C’s most iconic characters created in the 1940s, got a TV show in the 1970s … and didn’t get a movie until last June.”

While Black Panther actually made his onscreen debut in 2016’s Captain America: Civil War, the roots of the character date back to the height of Civil Rights-era America. A year after the Selma to Montgomery marches, and in the midst of California’s Fair Housing movements, the hero-king from the fictional, technologically-advanced, African nation of Wakanda emerged on the pages of Fantastic Four #52–53, cover-dated July-Aug. 1966. His creation actually pre-dated the Black Panthers political group in the U.S. by a few months, though Lee and Kirby actually changed the character’s name for a short time to the Black Leopard to avoid any association. It didn’t last long, and the Black Panther moniker returned in short order.

In the meantime, the character made cameos in books headed by various established heroes, from Captain America to the Avengers to Daredevil, for seven years before finally landing his own series. And what, pray tell, did they call the book centered around the first ever African superhero in mainstream comics? Jungle Action.

Unfortunate name aside, Black Panther prowled along through the years, battling bad guys and helping to break down the superhero comic colour barrier. It’s worth noting though, that it did take a full 32 years after his debut for Marvel to hire a black author to pen a Black Panther tale.

“[Christopher] Priest was the first black writer to touch the character, and he spent 62 issues, the first of which was published in 1998, explaining—to Marvel, to readers, to the world—everything that the Black Panther was capable of, all the things he could mean,” Micah Peters wrote in a piece for TheRinger.com. “Priest’s run wasn’t fully appreciated in its own time, but he did revolutionize the character, creating the cool, dignified, master strategist we know today. New York Times best-selling author Ta-Nehisi Coates, whom you may have heard has his own Black Panther series now, considers Priest to have, ‘the classic run on Black Panther, period, and that’s gonna be true for a long time.’”

“Panther is actually the result of all the other things that have happened before,” Boseman recently told The Guardian, pointing to African-American centred films and TV shows from Selma to Atlanta. “Other things will undoubtedly happen because of what we’ve done. This is just another doorway into something else, just as there are so many things that have gotten us to this point.”

Black Panther was born during the Civil Rights era and elevated during the age of Black Lives Matter — a real-life origin story, appropriately enough, fit for a comic book hero. Now, 52 years after he debuted, the Wakandan king is poised to climb to the top of Hollywood’s ever-growing heap of mutant crime fighters and caped crusaders to, finally, claim his throne.

Do Believe the Hype: Why Marvel’s Black Panther Is a Must-See