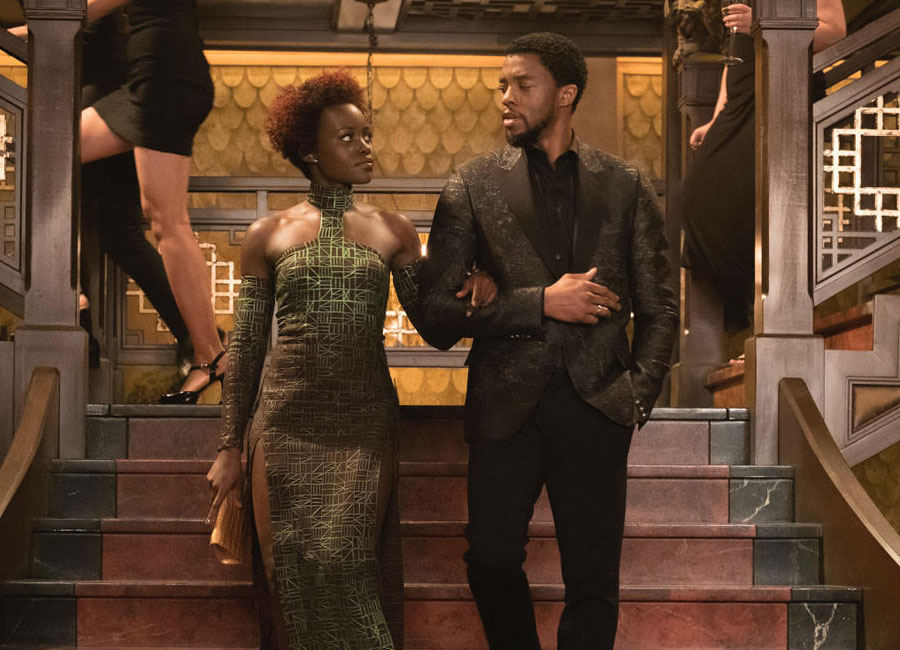 In light of the Canada-wide release of Black Panther on Feb. 16, we take a look at a few of our favourite stylish black cinema essentials.

Marvel’s Black Panther movie is a clever, entertaining superhero fantasy that’s also a serious exploration of the past and present African-American experience, oppression, inclusion and representation. And it’s a visual feast, so laden with layers and meaningful references (from Grace Jones to the Oakland riots) it is an educative crash course in black history.

One seemingly throwaway line about wearing a wig distills, in a simple rueful quip, 200 years of Eurocentric beauty discrimination, for example. I know I’ll be seeing it a few more times to catch all the cultural references.

To clothe Black Panther’s fictional contemporary world of Wakanda, a secretly high-tech country on the African continent, costume designer Ruth E. Carter (from Do the Right Thing and Malcolm X to Amistad and Selma) devoted time to getting the perfect shade of red, the sort of oxidized clay seen on roads throughout the continent and in Maasai beadwork.

Smart and funny, visually arresting and action-packed with a great car chase, hand-to-hand combat, an epic battle and more than a few stylish elements of James Bond (think Letitia Wright as Wakanda’s Q), the performances by Chadwick Boseman, Lupita Nyong’o, Michael B. Jordan and Danai Gurira make it a must-see.

Black Panther is sure to spark conversation, and after the usual suspects — Carmen Jones, Do the Right Thing — here are a few of our favourite stylish black cinema essentials. Directed by then-rookie Vincente Minnelli, it was the first all-black musical since King Vidor’s Hallelujah (the first Hollywood talkie with an all-black cast, above) and navigates the story’s earnest faith and questions of race with sensitivity.

After a brush with death, Joe strikes a deal with both the Lord and the Devil, but can he really atone and reform? The original Broadway cast of Vernon Duke’s musical include Rex Ingram and Ethel Walters, while Duke Ellington and Louis Armstrong have fleeting cameos.

And, with apologies to Michael Jackson, who popularized the moonwalk: the signature backslide’s screen debut was in Cabin in the Sky, thanks to dapper tapper Bill Bailey.

Expat jazz musicians Eddie (Sidney Poitier) and Ram (Paul Newman) are working in Paris — in part for better career prospects but also so that Eddie can avoid bigotry back in America and work in a more liberal creative milieu.

It’s shot in melancholy black and white, and most of the story naturally takes place after hours, with nightclub scenes and night strolls along the Seine as the friends romance a pair of American tourists (Diahann Carroll and Joanne Woodward).

The film also features music from Louis Armstrong, who plays a musician in the film, and Duke Ellington’s Academy Award-winning original jazz score.

In Mahogany, Ross goes from fledgling fashion designer to supermodel but has a number of challenges — racism, sexism, domestic violence and romantic pressure — on the road to stardom.

Filmmaker Julie Dash was the first black woman to direct a nationally released film. It’s a darkly lyrical, about a Gullah family at the turn of the last century and the challenges of preserving their culture faced with assimilation on the American mainland.

It was also one the main sources of inspiration for 2016 Beyoncé’s visual album Lemonade. The landmark film is enjoying a second life with a recent digitization, restoration and re-release (and it’s currently streaming on Netflix Canada).

He was a complex and fluid sex symbol who challenged accepted notions of black masculinity. This feature-length version of his album with Sheila E and Sheena Easton hits all the right notes as it fuses imagery with the late performer’s outrageous talent and infectious soul. We will sadly not see the likes of his inventive iconoclasm again, but this film lives on as a testament to it.

Do Believe the Hype: Why Marvel’s Black Panther Is a Must-See