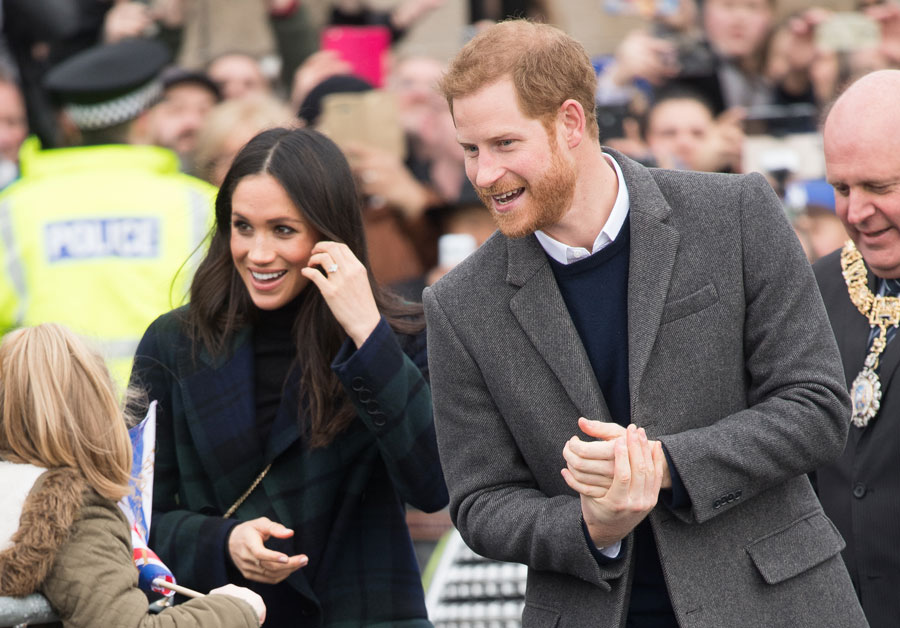 It’s been a scary week for Britain’s Royal Family.

On Feb. 22, Scotland Yard confirmed reports that Prince Harry, 33, and Meghan Markle, 36, were the subjects of an anthrax scare.

The incident occurs just as extra security is being hired in anticipation of the couple’s May 19 nuptials at St. George’s Chapel in Windsor.

The letter, which contained a mysterious white powder, arrived at St. James’s Palace and was, thankfully, intercepted before it reached the bride and groom.

According to the Evening Standard, Harry and Meghan are aware of the letter — although it’s not known whether they were privy to the alleged racist comments contained in the note. Meghan, the former star of the legal drama Suits, has a mixed race background and has been subject to a barrage of online harassment since announcing her engagement to the prince.

RELATED: Meghan Markle Speaks Out on Her Mixed Race Heritage

“Police are investigating after a package containing a substance was delivered to St. James’s Palace on Monday, February 12,” Scotland Yard said in a statement. “The substance was tested and confirmed as non-suspicious. Officers are also investigating an allegation of malicious communications that relates to the same package. No arrests; inquiries continue.”

The grounds of St. James’s Palace contains the homes of Prince Charles and his wife, Camilla, the Duchess of Cornwall, as well as Queen Elizabeth’s daughter, Princess Anne.

Although the powdery substance in the letter was determined to be harmless, it was no doubt a jarring experience for the Royal Family, especially coming on the heels of another white powder sent to the Palace of Westminster earlier this week.

A similar event occurred in the U.S. last week when President Donald Trump’s daughter-in-law, Vanessa, opened an envelope containing white powder and was taken to hospital after experiencing nausea.

Kensington Palace declined to comment on this latest incident.