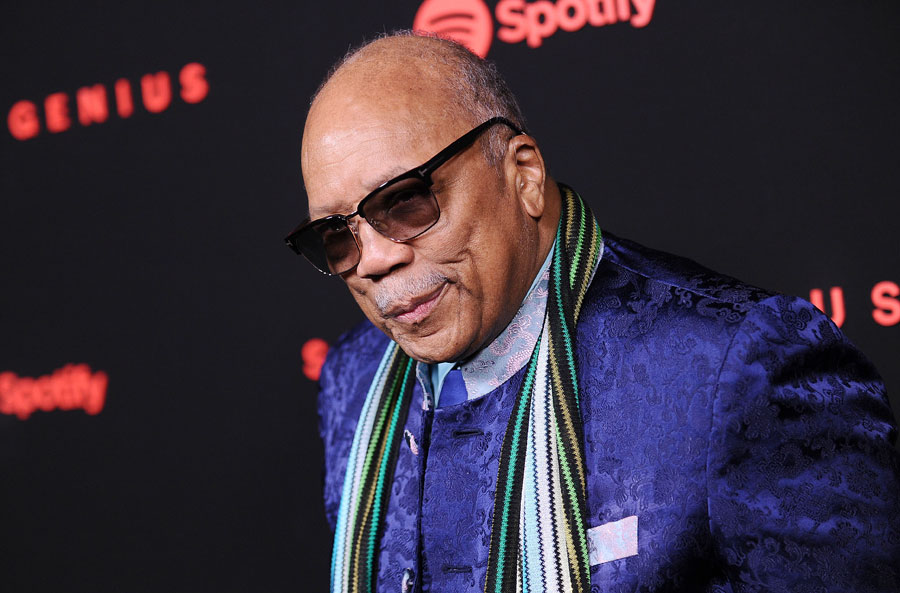 Just weeks after giving one of the entertainment world’s juiciest interviews in recent memory, music mogul Quincy Jones has issued an apology.

It was the type of interview that we readers love — brash, honest, no-holds-barred; ripe for discussion around the water cooler. But now, weeks after his shocking interview with Vulture, Quincy Jones has published an apology for his “silly” comments on his Twitter account.

“Even at 85 it’s apparent that ‘wordvomit’ & bad-mouthing is inexcusable,” the music producer wrote. “I am sorry to anyone whom my words offended & I’m especially sorry to my friends who are still here with me & to those who aren’t.”

Jones, who credited his six daughters for staging a “family intervention”, extended an olive branch to the celebrities he offended, partially blaming his comments on age.

He even signed the statement: “Love an 85-year-old bow-legged man who is still learning from his mistakes.”

The 28-time Grammy winner was promoting an upcoming Netflix documentary and CBS special hosted by Oprah Winfrey when he set the online world reeling on Feb. 7 in his candid chat with Vulture. Even more surprising was that the throwdown came on the heels of yet another headline-grabbing interview he gave in January to GQ. It left even his most ardent supporters scratching their heads.

RELATED: Can We Talk About That Controversial Quincy Jones Interview for a Moment?

The Vulture interview, which covered topics spanning everything from the assassination of John F. Kennedy to a 2006 date he went on with First Daughter Ivanka Trump, went viral — leaving many questioning Jones’ motivations and mental health.

Among his more controversial statements were his comments on Marlon Brando’s voracious sexual appetite. Jones rattled off several names Brando purportedly slept with, including Richard Pryor — a claim the late comedian’s widow later confirmed. The allegations, however, prompted a strong reaction from Pryor’s daughter, Rain, who posted on social media that Jones is “losing his mind.”

It’s unlikely we’ll hear from Jones for quite some time which, in all honesty, is kind of disappointing. In a world of perfectly crafted (and often exceedingly dull) celebrity interviews, Jones was a breath of fresh air — whether you appreciated his unfettered commentary or not.

The full statement appears below.