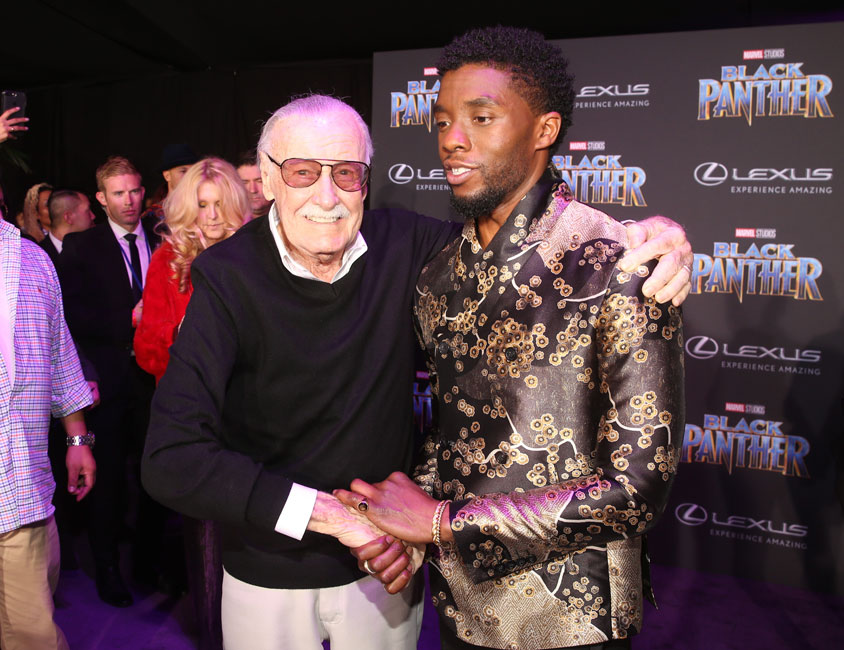 Stan Lee – the 95-year-old Marvel comic book legend and creator of such superheroes as Spiderman, Iron Man, Captain America and The Hulk – is not only struggling with a bad case of pneumonia but also, apparently, a shocking attack of financial abuse.

The seemingly ageless Lee, who recently appeared at the Black Panther premiere in Hollywood, has contacted Beverly Hills police about $1.4 million stolen from his bank account. Lee claims this was not the only theft – he also filed a report with police saying someone used cheque forgery to swindle him out of another  $800,000.

The Daily Mail is also reporting that Lee recently fired his Max Anderson, his bodyguard/road manager, over a row in which the comic book magnate accused the convicted felon of threatening and attempting to ostracize his daughter and sole heir, JC Lee.

Defrauding older people is a terrible crime that is unfortunately all too common. While the patient is bed-ridden or stuck in the hospital, anyone from family members to personal support workers wrangle control of the patient’s bank account or assets. (Here are 5 ways to recognize elder financial abuse.)

On the health front, Lee reached out to his many fans in a video posted on TMZ saying he’s feeling better from “a little bout of pneumonia.”

While his voice was shaky, Lee still seems able to summon the same plucky  fight-to-the-end-and-never-say-die spirit which he imbued into many of his famous superheroes.

“I want you all to know I’m thinking of you, of course I always think of the fans, and I hope you’re all doing well, and I miss you all. I miss your enthusiasm, I miss all your notes, all your photos and emails … and I want you to know that I still love you all.”