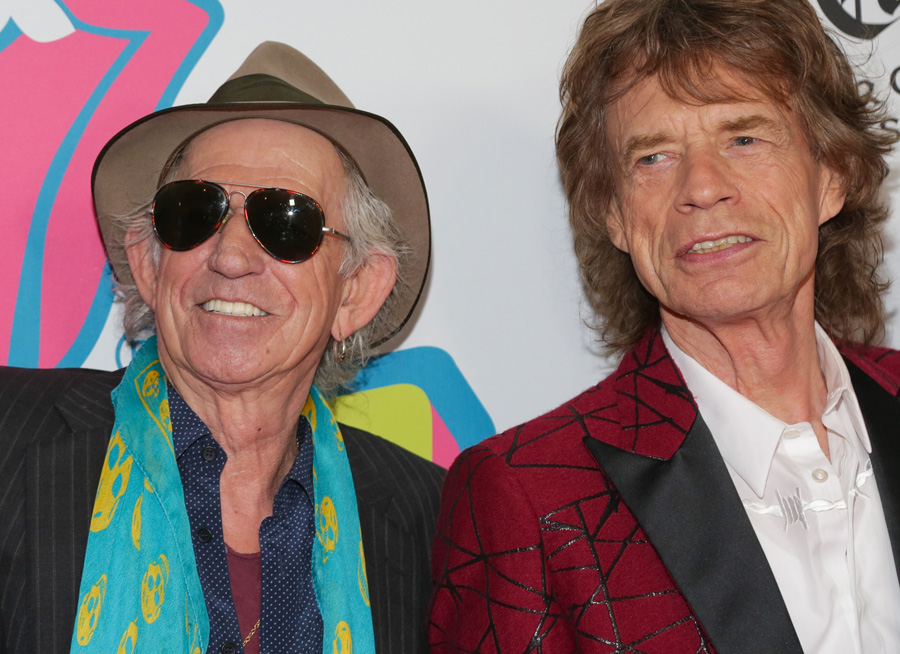 Mick Jagger and Keith Richards have to be rock and roll’s favourite bickering couple. To start, they’re ridiculous. Their nickname is literally “the Glimmer Twins.” One is a lead singer who still chicken-dances across the stage in skintight outfits and the other a guitarist who dresses like a pirate and whose decades of hard living have gifted him the complexion of a melted candle. Sure, they fight and say things they regret in public, but they don’t split the band and spend the rest of their lives bad-mouthing each other. Instead, they vent their frustration, make up and then head out on a tour that grosses half a billion dollars. Relationship goals, right?

The latest spat between the two comes courtesy of the usual instigator – Richards – who criticized Jagger, 74, for becoming a father for the eighth time, in 2016.

“It’s time for the snip — you can’t be a father at that age,” Richards, 73, told the Wall Street Journal, making a reference to a vasectomy. “Those poor kids!”

The comment, predictably, garnered a lot of attention, prompting an apology. “I deeply regret the comments I made about Mick in the WSJ which were completely out of line,” Richards tweeted. “I have of course apologised to him in person.” Richards, curiously, had no words for bandmate Ronnie Wood, who became the father of twins in 2016, a day before his 69th birthday. Regardless, with the situation diffused, you can add this rift to the annals of squabbles, rows and tiffs between Mick and Keith, which date back to the mid-1980s, when Jagger dared to branch out and record a solo album, 1985’s She’s the Boss. Richards didn’t like the idea, calling it, “too hard a slap in the face to deliver us,” before going on to release his own disc sans the Stones, Talk is Cheap, three years later.

In 2003, Richards viewed Jagger accepting a knighthood as selling out, noting publicly his, “Cold, cold rage at his blind stupidity … I threatened to pull out of the tour—went berserk, bananas! But, quite honestly, Mick’s fucked up so many times, what’s another fuckup?”

Then came Richards’ famed 2010 autobiography, Life, in which he claimed Mick Jagger’s penis wasn’t quite as big as its legend. “Marianne Faithfull had no fun with his tiny todger. I know he’s got an enormous pair of balls, but it doesn’t quite fill the gap.” He also said in the book that Jagger was “unbearable” and revealed that he and the band came up with codenames for him so that they could complain about him in the open: “Her Majesty” or “that bitch Brenda.”

Jagger later admitted to Rolling Stone that an apology from Richards for the genital jab was a “prerequisite” for any further Rolling Stones tours, and he eventually received it.

And as recently as 2015, upon the release of his solo disc, Crosseyed Heart, Richards spoke to NPR about his friendship with Jagger. “I think the relationship is actually still in flux, or still growing — it isn’t fixed. Sometimes he can get up my end, and I have no doubt that I can certainly piss him off sometimes. At the same time, there’s a chemistry between us that we both recognize and that we know works. In a way, we’re both trying to come to terms with each other. Most guys, you know where you stand with. Mick and I don’t quite know how we stand with each other, and we never have.”

Still, Stones fans can rest assured that, as evidenced by the ever-growing mound of buried hatchets, Mick and Keith can’t stay mad at each other for long. Of course, Richards did admit to Rolling Stone, following his apology for what he wrote about Jagger in his book, that, “We resolved it, in our own way … I said I regret if I caused you any, you know, inconvenience or pain, or something. I’d say anything to get the band together, you know? I’d lie to my mother.”

Sincerity? Maybe it’s not Richards’ strong point, but perhaps he’s just following the mantra he helped elevate – you can’t always get what you want but, if you try some times, you might find, you get what you need.