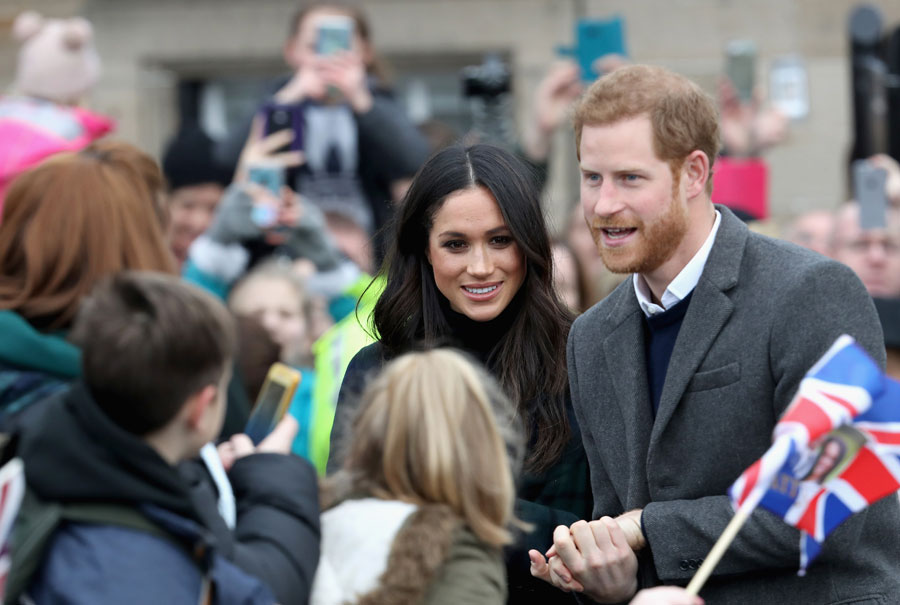 The guest list for the royal wedding just keeps getting longer and longer — but, alas, the likelihood of you or I getting an invite still remains nil. But chin up, we’ll just set our alarms, steep some tea and stare at the TV with blurry eyes like the rest of the world then.

On March 2, Kensington Palace announced on Twitter that Prince Harry and his American bride, Meghan Markle, are inviting 2,640 members of the public onto the grounds of Windsor Castle for their May 19 nuptials.

The statement reads: “The couple has asked that the people chosen are from a broad range of backgrounds and ages, including young people who have shown strong leadership, and those who have served their communities.”

The commoners — who will be chosen “from every corner of the United Kingdom” — will get to watch the arrival of the bride and groom, followed by the start of the carriage procession after the ceremony in St. George’s Chapel.

According to the Kensington Palace statement, the royal couple want members of the public “to feel part of the celebrations too.”

Of the lucky invitees, 1,200 will be selected by nine regional lord lieutenant offices. And who are they, you ask? Well, lord lieutenants act as the queen’s representatives in each county of the UK, so it looks like Her Majesty will definitely have a say in the proceedings.

In addition to those nominated by the lords lieutenant, there will be:

The couple, who announced their engagement on Nov. 27, released other details about their upcoming nuptials in early February.

To help you separate fact from fiction, we break it down for you, with quotes pulled from Kensington Palace’s official Twitter feed.

Wedding Time: “The wedding service will begin at 12 noon at St. George’s Chapel.”

Wedding Officiant: “The Dean of Windsor, The Rt. Rev. David Conner, will conduct the Service. The Most Rev. and Rt. Hon. Justin Welby, Archbishop of Canterbury, will officiate as the couple make their marriage vows.”

Wedding Procession: “At 1 p.m. the couple, now married, will undertake a Carriage Procession from St. George’s Chapel through Windsor Town returning to Windsor Castle along the Long Walk. They hope this short journey will provide an opportunity for more people to come together around Windsor and to enjoy the atmosphere of this special day.”

Public Wedding Reception: “Following the service, there will be a reception at St. George’s Hall for the couple and guests from the congregation. The couple will join this on return from the Carriage Procession.”

Private Wedding Reception: “Later that evening, the Prince of Wales will give a private evening reception for the couple and their close friends and family.”