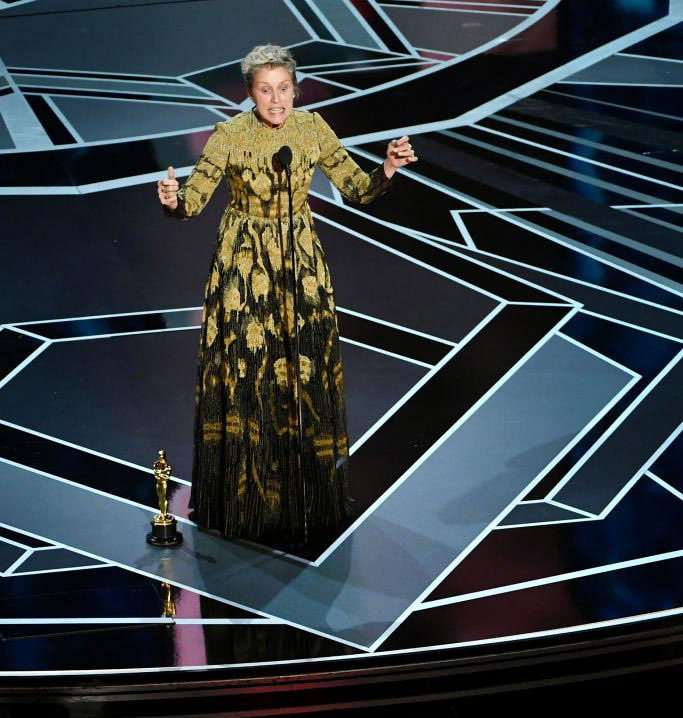 On a night when the Oscars celebrated its 90th birthday by paying homage to its past, it proved fitting that a man only a year younger than the Academy Awards itself made history. James Ivory – filmmaker, producer and screenwriter – who won the award for Best Adapted Screenplay for Call Me By Your Name made history by becoming, at age 89, the oldest Oscar winner in history. He topped legendary composer Ennio Morricone, the previous record holder, who, in 2016 at age 87, won the award for Best Original Score for The Hateful Eight.

Two other nominees were in a position to take the record on this night – filmmaker Agnès Varda, 89 and only seven days older than Ivory, who was nominated for Best Documentary Feature for Faces Places, and Canuck acting great Christopher Plummer, 88, who got a nod for Best Supporting Actor for All the Money in the World. Plummer still holds the record for oldest winner in an acting category when he won the Best Supporting Actor trophy in 2012 at age 82 for Beginners.

Frances McDormand, meanwhile, took home her second Best Actress trophy, picking up the award for her starring role in Three Billboards Outside Ebbing, Missouri, delivering the most rousing acceptance speech of the evening. “If I may be so honored to have all the female nominees in every category stand with me in this room tonight. The actors — Meryl [Streep], if you do it everyone else will — the filmmakers, the producers, the directors, the writers, the cinematographers, the composers, the song writers, the designers. Come on!” the 60-year-old began, bringing many of the women in the room to their feet.

“Okay, look around everybody, look around, ladies and gentleman because we all have stories to tell and projects we need financed. Don’t talk to us about it at the parties tonight. Invite us into your office in a couple days or you can come to ours, whichever suits you best, and we can tell you all about them.”

Earlier in the show, actresses Ashley Judd, 49, Annabella Sciorra, 57, and Salma Hayek, 51, took the stage together in solidarity with the Time’s Up and #MeToo movements. All three actresses have accused Harvey Weinstein of sexual abuse and their moment in the spotlight, on film’s grandest stage, following on the October 2017 repeal of Weinstein’s membership in the Academy of Motion Picture Arts and Sciences, sent a message of solidarity to all women in attendance and watching at home.

“It’s an honour to be here tonight. This year, many spoke their truth and the journey ahead is long, but slowly a new path has emerged,” Sciorra said. Hayek noted “the unstoppable spirits who kicked ass and broke through the biased perceptions against their gender, their race, their ethnicity to tell their stories” while Judd declared, “The changes we are witnessing are being driven by the powerful sound of new voices, of different voices, of our voices, joining together in a mighty chorus that is finally saying Time’s Up. And we were together to make sure that the next 90 years empower these limitless possibilities of equality, diversity, inclusion, intersectionality. That is what this year has promised us.”

Former Best Supporting Actress Oscar winners Eva Marie Saint, 93, and Rita Moreno, 86, both appeared to standing ovations to present the awards for Best Costume Design and Best Foreign Language Film respectively, and film legends Warren Beatty, 80, and Faye Dunaway, 77, returned to present the Best Picture Oscar, following up on last year’s major flub when the Bonnie and Clyde stars accidently announced La La Land as the winner of the award after being given the wrong envelope. The actual winner was Moonlight. This year everyone got it right, and the pair announced the correct winner, The Shape of Water, which was filmed in Toronto and Hamilton, Ont. and featured a largely Canadian crew.

And in another feel good moment of the evening, cinematographer Roger Deakins, 68, won his first Oscar, for Blade Runner 2049, on his 14th nomination in the category dating back to 1995.

“I do want to mention – this year, when you hear your name called, don’t get up right away. Give us a minute.” – host Jimmy Kimmel, 50, referencing last year’s La La Land/Moonlight Best Picture debacle.

“Here’s how clueless Hollywood is about women. We made a movie called What Women Want and it starred Mel Gibson.” – Jimmy Kimmel in his opening monologue.

“Oscar is the most beloved and respected man in Hollywood. And there’s a very good reason why. Look at him. He keeps his hands where you can see them. Never says a rude word. And most importantly, he has no penis. He is literally a statue of limitations.” – Jimmy Kimmel in his opening monologue.

“I remember a time when the major studios didn’t believe a woman or a minority could open a super hero movie—and the reason I remember that time is because it was March of last year.” – Jimmy Kimmel, in his opening monologue.

“How does Lin Manuel Miranda compare to the real Alexander Hamilton?” – Jimmy Kimmel to Christopher Plummer, 88.

“The longest she went without a nomination was from 1992 to 1995 and those were the years she was in prison.” – Jimmy Kimmel, referencing perennial Oscar nominee Meryl Streep, 68.

“When I was eight years old I was called into the principal’s office and my father was looking very solemn and he said, ‘We gotta go, it’s grandma.’ When we got in the car, I said, ‘What’s wrong with grandma?’ and he said, ‘Nothing, we’re going to the movies.’ My mom and dad’s love of movies became my love of movies.” – Sam Rockwell, 49, accepting the award for Best Actor in a Supporting Role, Three Billboards Outside Ebbing, Missouri.

“The first Oscars took place across the street in the Roosevelt Hotel … Douglas Fairbanks Jr. was the host of the show and this was his opening joke – Christopher Plummer is tonight’s youngest nominee…” – Jimmy Kimmel

“As my mommy used to say, ‘Oh my goodness gracious!’” – Rita Moreno, 86, after dancing onstage to present the Oscar for Best Foreign Language Film in the same gown she wore in 1962 when she won her Best Supporting Actress Award for West Side Story.

“I did it all by myself.” – Allison Janney, 58, accepting the award for Best Actress in a Supporting Role, I, Tonya.

“I’m here to pick up my monthly check from the Jedi pension plan.” – Mark Hamill, 66.

“I guess I’d better say something or they’ll give me a jet ski. And I don’t see myself on a jet ski.” – Roger Deakins, 68, accepting the award for Best Cinematography for Blade Runner 2049 and commenting on host Jimmy Kimmel’s promise to award the person with the shortest acceptance speech a new jet ski.

“My mother is also turning 90 this year, so I think she’ll be very happy about this.” – Alexandre Desplat, 56, accepting the award for Best Original Score for The Shape of Water.

“Aren’t these sets great? They’re just like the Orgasmatron in Barbarella.” – Jane Fonda, 80, remarking before helping to present the award for Best Actor.

“I would like to thank my mother, who’s older than the Oscar. She’s 99 years old next birthday. She’s watching from the comfort of her sofa. Put the kettle on, I’m bringing Oscar home.” – Gary Oldman, 59, accepting the award for Actor in a Leading Role for Darkest Hour.

And the Oscar goes to…

Some of the evening’s highest profile boomer winners include…

Allison Janney, 58, Best Actress in a Supporting Role, I, Tonya

James Ivory, 89, Best Adapted Screenplay for Call Me By Your Name

Alexandre Desplat, 56, Best Original Score for The Shape of Water