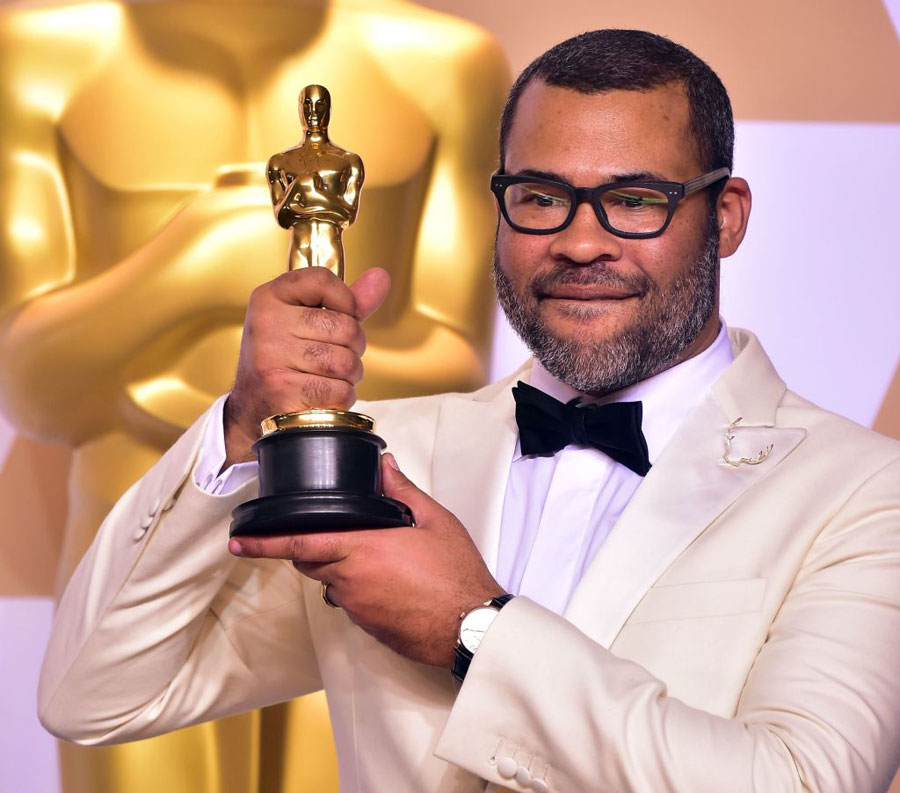 Hooray. Warren Beatty and Faye Dunaway managed not to screw things up this year as they announced The Shape Of Water as the Best Picture winner. Now to the serious business of hashtags.

As the 2018 #MeToo/#TimesUp Oscars unfolded Sunday, it was worth remembering that for most of its 90 years, the Awards treated political and social controversy with outright hostility.

Case in point: Academy of Motion Picture Arts & Sciences members loudly booed native activist Sacheen Littlefeather when she declined Marlon Brando’s Oscar for The Godfather on his behalf – a protest against Hollywood’s treatment and depiction of aboriginals in its movies. Try to imagine a native activist being booed at the Oscars today.

Winners have always been expected to stick to thanking their director, their co-stars, their producer, their agent, their mom, their spouse and children (“Bobby, Sarah, go to bed now!”) and got off the stage before Bill Conti’s orchestra played them off.

What a difference a couple of hashtags make.

Sunday, host Jimmy Kimmel set the tone of the 90th Academy Awards by meeting the Year of Men Behaving Badly head-on in his monologue. He opened noting that the Oscar statuette, “has no penis at all. That’s the kind of men we need more of in this town.”

Not about to let the name of predator producer Harvey Weinstein go unspoken, he named him immediately. Noting that Weinstein was expelled by the Academy, he said, “There were a lot of great nominees, but Harvey deserved it the most.

“We can’t let bad behavior slide,” he said. “We can work together to stop sexual harassment in the workplace. If we succeed, women will only face harassment every other place they go.”

Still on the subject, he mentioned Guillermo del Toro’s The Shape of Water as proof that, “this year, men screwed up so badly that women started dating fish.”

On the red carpet – where “Who are you wearing?” was once the only question that mattered – the E! network instituted a 30-second delay on host Ryan Seacrest, who has been accused of sexual abuse by a former personal stylist. The delay gave the network the opportunity to jump to co-host Giuliana Rancic if an exchange with a star got awkward. Happy talk apparently prevailed.

(Tellingly, it was Rancic and E! correspondent Kristin Dos Santos who announced the arrival of Ashley Judd and Mira Sorvino, “arriving together to represent the #TimesUp movement.” Seacrest did get to play social warrior when he asked the cast of the racially-loaded horror film Get Out about, “the conversation this film started.” Their answers were noncommittal).

Also not talking about their dresses: Salma Hayek, who told ABC’s Michael Strahan, “we’re here to celebrate the fact together that women are not going to have to struggle as hard to be heard,” and Ashley Judd, who recalled her 1997 assault at the hands of Weinstein and touted the #TimesUp Legal Defence fund hitting the $21 million mark.

Hayek, we later discovered, was there to present a special segment on women and non-white filmmakers alongside fellow Weinstein accusers Judd and Annabella Sciorra. (A rambling public service announcement on diversity, it included inspiring words from the likes of Lady Bird’s Greta Gerwig, The Big Sick’s Kamail Nanjiani and Mudbound’s Ava Duvernay).

Another #MeToo impact crater came when Jodie Foster and Jennifer Lawrence handed the Best Actress Oscar to Frances McDormand for Three Billboards Outside Ebbing, Missouri (who called on all nominated women in the room to stand up and demand inclusion).

That presenter’s job would normally have gone to last year’s Best Actor winner, the now-unwelcome Casey Affleck (another Hollywood celeb who’s fielded accusations of sexual misconduct). And boy, wouldn’t that have been awkward.

But whether hashtags really are agents of change remains unclear. As Kimmel said, facetiously and possibly prophetically, “if you are a nominee tonight who isn’t making history, shame on you.”

It was something of a “woke” moment for the Chilean movie A Fantastic Woman to win Best Foreign Language film and for its transgender star Daniela Vega to present on the show.

But for the most part, the evening unfolded exactly as it usually has, with people who’d already won SAG Awards, Directors Guild, Writers Guild and Producers Guild Awards taking home Oscars everybody knew they’d win.

There was some pointless schtick where theatregoers across the street watching A Wrinkle In Time were delivered goodies by Kimmel and major stars like, um, Ansel Elgort.

Just a thought, but how can you tell people to keep their speeches short and then waste 10 minutes on a lame comedy bit?

And most of the winners still thanked their colleagues and loved ones until the music began to play (amazing how many, under pressure, needed to read their spouses’ names off pieces of paper).