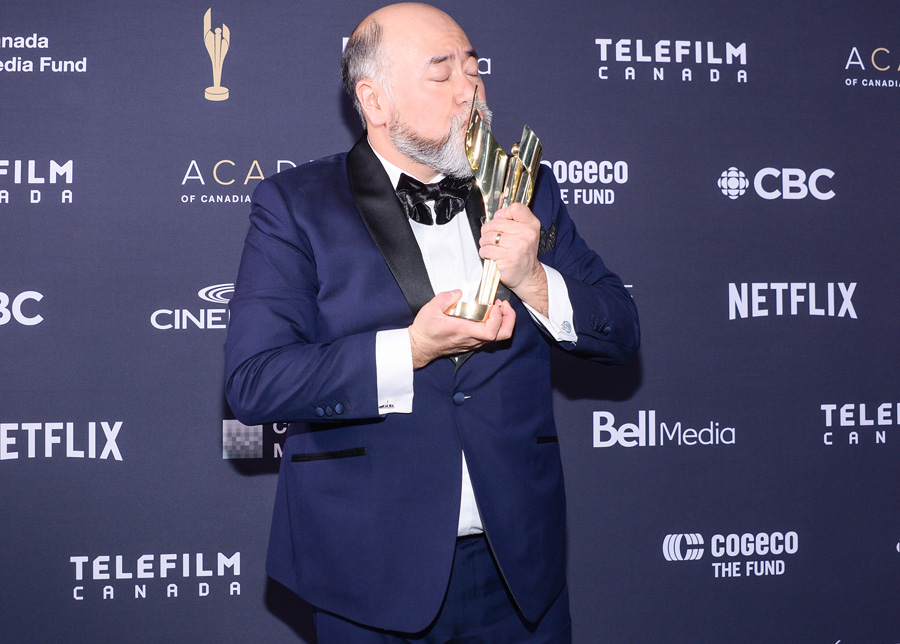 The 2018 Canadian Screen Awards, honouring the best in Canuck film and television, took place Sunday night, with a number of high-profile 40-plus talents taking home hardware.

In total, Maudie, a biopic about beloved Nova Scotia artist Maude Lewis, proved this year’s biggest winner, earning a combined seven awards (between the broadcast show and non-televised awards) including Performance by an Actress in a Leading Role (Sally Hawkins, 41), Performance by an Actor in a Supporting Role (Ethan Hawke, 47), Best Screenplay and Best Picture. Aisling Walsh, 59, who helmed the film, won for Achievement in Direction but didn’t accept her award immediately, as she was in the loo when her name was called. Writer Anita Doron, 43, picked up the award for Adapted Screenplay for the Oscar-nominated animated film The Breadwinner – which was executive produced by Angelina Jolie – about a young girl in Afghanistan who poses as a boy to support her family after her father is abducted by the Taliban. And the film The Secret Path, written and directed by late Tragically Hip front man Gord Downie, won the Donald Brittain Award for Best Social/Political Documentary Program.

Four honorary awards were handed out on the evening as well, including the Academy Board of Directors’ Tribute to Margaret Atwood, 78, who was celebrated on the CSA website as well for everything from her prolific writing to the coffee blend that bears her name. “Activism, short stories, graphic novels, coffee: one wonders how she has energy for it all—yet at 78 years young, she shows no signs of slowing, especially as her name and work find new audiences on the small screen (with more to come, including the hotly anticipated second season of The Handmaid’s Tale, and MGM’s upcoming production of Atwood’s 2015 novel The Heart Goes Last).”

Atwood also spoke out in support of the AfterMeToo movement, a Canadian initiative to tackle sexual abuse in the entertainment world, which was highlighted at the awards. “Spreading the word means that more people hear about it,” she noted, “and, in an ideal world, they will donate to it. No sum too small.” Alias Grace, the CBC miniseries based on her novel, also celebrated some wins on the night, including for Best Limited Series or Program.

Other special award winners included broadcasting legend Peter Mansbridge, 69, who was honoured with a Lifetime Achievement Award, the Rick Mercer Report, which signs off in April after 15 seasons, which received the Academy Icon Award, and actor Clark Johnson, 63, who was given the Earle Grey Award, which is, “presented to an actor or actress whose body of work in Canadian television has had an exceptional impact on the strength of our industry at home and around the world.”