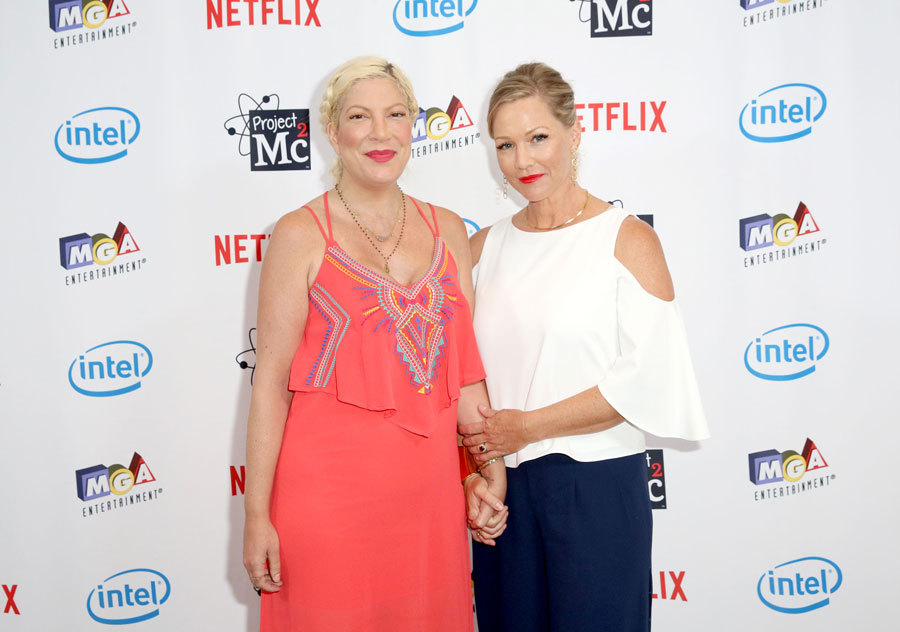 Time to rejoice, Gen-Xers:  Donna Martin and Kelly Taylor — oops, I mean — Tori Spelling and Jennie Garth are headed back to Beverly Hills!

At the moment, the details are hush-hush, but rumour has it that the series would feature Spelling and Garth playing exaggerated versions of themselves.

Spelling shared the news of her meeting on CBS’ Burbank lot with her Instagram followers with the hashtags #back2work and #90210vibes.

Although, I have to say, I’m a little disappointed by the notable lack of Luke Perry and Jason Priestley (were you Team Dylan or Team Brandon?). But there’s still hope considering this latest reboot is still in the early stages of development. A girl can dream, right? For a little trip down memory lane, check out The Hollywood Reporter‘s 1990 review of the original series.