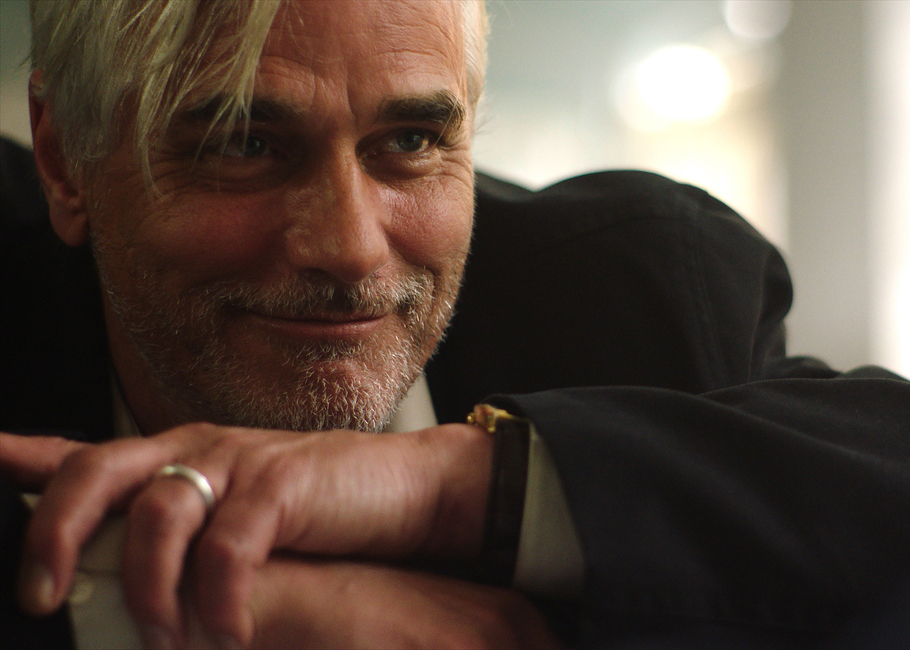 It’s hard not to like Paul Gross. The 58-year-old has a charm about him that exudes from every character he plays, be it a Canadian theatre actor in the early-2000s Canuck TV comedy Slings & Arrows, a shellshocked sergeant in the 2008 war film Passchendaele or on stage as a philandering husband in the 2015 Canadian Stage production Domesticated. Try as he might, you just can’t hate him. Then, of course, there’s his do-good Mountie character Constable Benton Fraser on the hit 90s Canadian crime series Due South – arguably his most famous role. It’s what comes to mind when he greets me at the CBC building in downtown Toronto one recent morning, his red jacket calling back to that breakout part even though his hair is whiter than when he last suited up 19 years ago, and the scuff on his face more telling of his latest foray into playing an RCMP officer.

The actor stars in the new CBC crime drama Caught, based on the book by Lisa Moore, where his grizzled RCMP detective character is on the hunt for a jail-breaking drug dealer (played by Republic of Doyle star Allan Hawco). Set in Newfoundland circa 1978, the show features vintage costumes and classic rock tunes that call back to Gross’ youth, while boasting a creative and aesthetic edge normally reserved for crime shows south of the border. By the end of the first episode the plot’s already turned upside down, with more twists and turns ahead, while Gross’ character, Roy Patterson, brings with him far more demons than his previous Mountie incarnation. And yet, you still can’t hate him.

MIKE CRISOLAGO: What was it about Caught that lured you back to television?

PAUL GROSS: It’s actually really simple. When Allan (Hawco) asks me to do something I usually just go and do it, because it has to be a reciprocal arrangement that if I need him he’ll just come and do it, if he’s free. But … what’s funny about choosing to do things and not do things – it’s just a kind of an instinctual reaction and I felt really positively about the character. Plus, the world it was set in, and the other characters and the time period. It’s a big thing that was interesting and fun about the show … it’s pre-cell phones. We forget how cumbersome everything was.

PG: “Oh, my God, I have got to find a pay phone and I don’t have any coins.” And just simple things like, “How do I get somewhere? Oh, I have to look at a map.” So it’s fun to actually return to that world and live in it for a while … I think there’s a funny kind of thing about a show set in the 70s that has a weird sort of nostalgia to it that you start to think of disco. Except this is actually a gritty story where the stakes are very high and there is lethality in it – people get killed. So I think there’s something really interesting about the collision of those two things, our sort of soft focus view of the 70s as a simpler, more innocent time and in actual fact it was in many ways just as rough as our own. And I think that maybe distinguishes it because usually [you’re] … dressing up the period as being lovely – a simpler, gentler time.

MC: When you’re around those characters, and the hair and the fashions, does it bring back memories of your youth?

PG: Yeah, it does. But I think one of the strengths of the show in production design, which I think is wonderful, is that it muted the kind of disco quality of the 70s into clothes that people actually just wear. The hairdos though were really spectacular … [The wigs] really are pretty horrifying. But there are photographs of Allan from a long time ago. He was a big mullet wearer in his youth, so I don’t think it was that strange to him to put it on.

MC: Aside from a return to the 1970s, this show also sees you return to playing an RCMP officer 19 years after wrapping Due South. How does it feel to join the Mounties again, so to speak?

PG: I think the strange thing about the Mountie in Due South is there’s no Mountie ever in the history of the force that was like this guy. This was an urban fable. And so when I take on say, [the character] Patterson in Caught, it just doesn’t feel the same. And every part has different challenges that make it really captivating to do. Certainly had a lot of wonderful memories and a wonderful time doing Due South but this character was just very different. And one of the great perks of acting is you do get to put yourself into other people’s shoes for a while, you get a sniff of what it would be to be somebody else, what that other life might be like. And with this guy who’s so haunted and he’s, kind of, propelled forward by some need for atonement that’s even vague in his own mind, it was a wonderful challenge to take on.

MC: Tell me about working with Allan, because you’ve acted alongside him before, including appearing on his TV series Republic of Doyle. What’s it like to star alongside him now?

MC: It looks like you guys hated every second of it.

PG: [Laughs] It’s wonderful. He’s built such an extraordinarily sound and robust business in Newfoundland and the group that he has around him that he works with are all wonderful. So it’s like going back to a family. And we together, as actors, really are pretty complimentary and help each other out. So it’s very easy. We have an easy relationship and a kind of shorthand.

MC: And at least you didn’t have to wear one of the ridiculous wigs that he wears in the flashback scenes.

PG: [Laughs] The really big mistake I made, in terms of clothing, was that we started shooting in St. John’s. And it was covered in ice, in June, and it was still surrounded by icebergs. So it was cold. And I had this suit with a trench coat on. I thought, well, I’ll just keep this when we go and shoot in the Dominican Republic which was doubling for Mexico, except that in the Dominican Republic it was 40 or 42 (degrees Celsius) every day and this was a polyester [suit]. I never sweat so much in my life. Just 12, 13, 14 hours of non-stop sweating. And it was my own stupidity that allowed that to happen. Everyone else is wandering around in these breezy outfits and I’m just layered up in rayon.

MC: I guess, as an actor, you make good choices and bad choices.

PG: Yeah, that was a mistake.