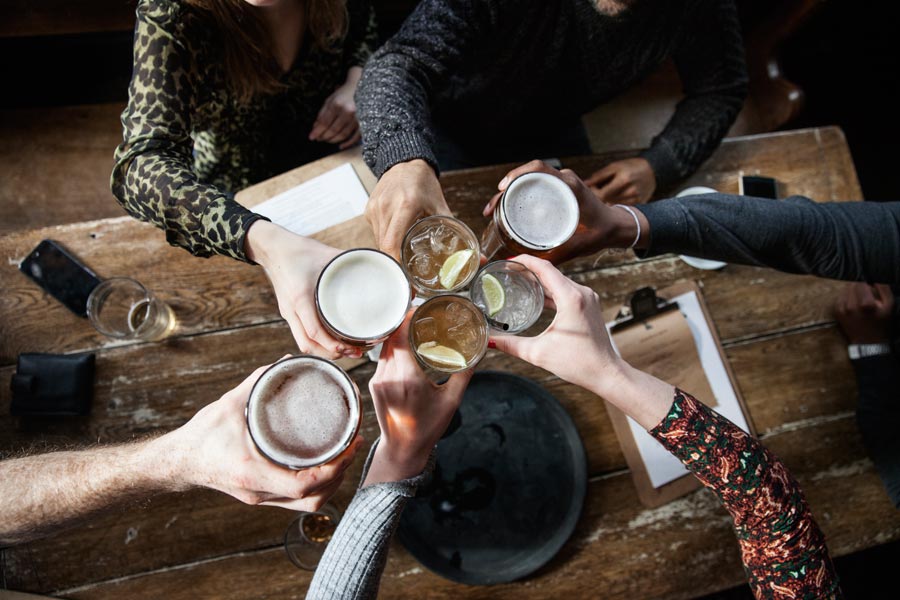 As I look back on a quarter-century of playing on a team in my city’s most challenging pub trivia league, here’s an exchange with a 20-something news reporter I’ll always cherish.

Maryam was an exceptional young journalist who spoke multiple languages. And she was interested in my coverage of the Toronto International Film Festival. “Which celebrities did you interview today?” she asked one day.

I rattled off a few, she nodded, and I added, “and Dustin Hoffman.” She looked at me blankly and then said, “Okay, I’ll bite. Who’s Dustin Hoffman?”

I wracked my brain for a reference that would be relevant to her. I was about to say, “the guy who played Ben Stiller’s dad in Meet The Fockers,” when she said, “Never mind, I’ll Google him.”

She looked at his picture on her screen and said, “Oh yeah, I know who that is. I love The Fonz.”

An active feminist, she now undoubtedly also knows Hoffman as an alleged sexual harasser in the crosshairs of the #MeToo movement. But the relationship between generations and random bits of info in their heads fascinates me as I see it up close.

Jenny, a friend and reporting colleague of hers – who happens to be in a committed relationship with a photographer 30 years older – told me she and her guy had been watching a Simpsons episode, and he had to explain a reference to Martin Luther nailing his 95 Theses on the Wittenberg church door in 1517.

But if the Protestant Reformation isn’t on her radar, Jenny knows boomer rock ’n’ roll and ’60s hits better than most boomers. Seems her parents ran a Chinese restaurant in Englehart, Ont., near North Bay, and it had a well-used jukebox.

Knowledge is aging in the Canadian Inquisition Quiz League. When my team, Unnatural Axxe, started in 1992 (our name was a metal hair-band riff, as befits the era), the average player was in his or her 30s. Today, most are in their 50s or 60s.

An impressive array of people play or have played. There are journalists, computer programmers, actuaries, film workers and book publishers. One of our players, Doug Hicton, remains the highest-winning Canadian player ever on Jeopardy. (We met in Windsor when we were both 17, in the national finals of the since-defunct CBC high school quiz show Reach for the Top. He was on the Saskatchewan team, I was on the Northern Ontario team from Thunder Bay.)

A former teammate, Robin Pollock Daniel, has been the top female Scrabble player in North America and competes regularly in tournaments in Las Vegas and elsewhere.

And perhaps one of the most sublime moments in league history came when the late writer/musician Paul Quarrington (whose literary-minded team was called All Over Twisted – get it?) was asked, “Which author won the Governor General’s Award for his book Whale Music?” Paul got to say, “Me!”

The “late” part is telling. Death was such a rare occurrence in the league for most of those years, two divisional individual-scoring cups are named for the first two players I remember us losing – CBC arts reporter Sam Guha and, several years later, publicist and sometime actress Cheyenne Lee. These days, it seems like we lose two a year.

There is young blood, though. Two of the 17 teams are now primarily made up of 20-somethings and 30-somethings. They don’t always have an easy go of it. You can hear the groans from the Fox & Fiddle to the Jersey Giant when the music round turns out to be the collected works of Gordon Lightfoot.

But in certain areas, the millennials have an advantage. Anything math-related is more likely to be fresh in their memories from school (I can barely remember the square of the hypotenuse). Some of them were lit majors and are just as up on the works of Jane Austen as their publisher and editor elders. Some of them know their classical music and even perform it).

And there are moments of revenge. The format of the league is that one team must take the season off to write the questions and act as quizmasters. And our current season is being written by one of the younger ones. Though I am the go-to guy for anything entertainment, I drew a blank on the name of Beyonce’s debut solo album (Dangerously in Love). I kind of lost interest in her after Destiny’s Child. Did anything happen with her career?

When the younger teams take over, suddenly there are rounds on video-game characters and identify-the-phone-app by its picture.

There are surprises, though. Thirtyish Evan has been writing the music rounds, and they’ve included name-that-album from the song titles (’70s to ’90s, or Pink Floyd’s The Wall to Radiohead’s OK Computer) and a round on lesser-known Beatles songs (“I Just Saw a Face,” “Golden Slumbers”). Turns out his dad played that stuff over and over as he grew up.

If I were going to generalize about the younger top trivia players, it’s that they are short on generalists – people (like me) who are obsessed with knowing at least a little bit about everything. It’s a trait that came in handy in journalism in the days when you either knew something or you didn’t, and if you didn’t, you had to look it up in books and clipping files.

Now, there’s arguably no need to memorize anything. It’s all there for Googling in the palm of your hand (smartphones, obviously, are to be turned off during our games). For me, the iPhone’s Google app is there to confirm things I already know in arguments (I have a neighbour who calls his phone his “iToldYouSo”).

But it also occurs to me that there is no incentive to memorize anything anymore. Whether true or not, the prevailing millennial attitude is that you can Google anything you need to know.

But as Maryam proved, you can misread a Google search.