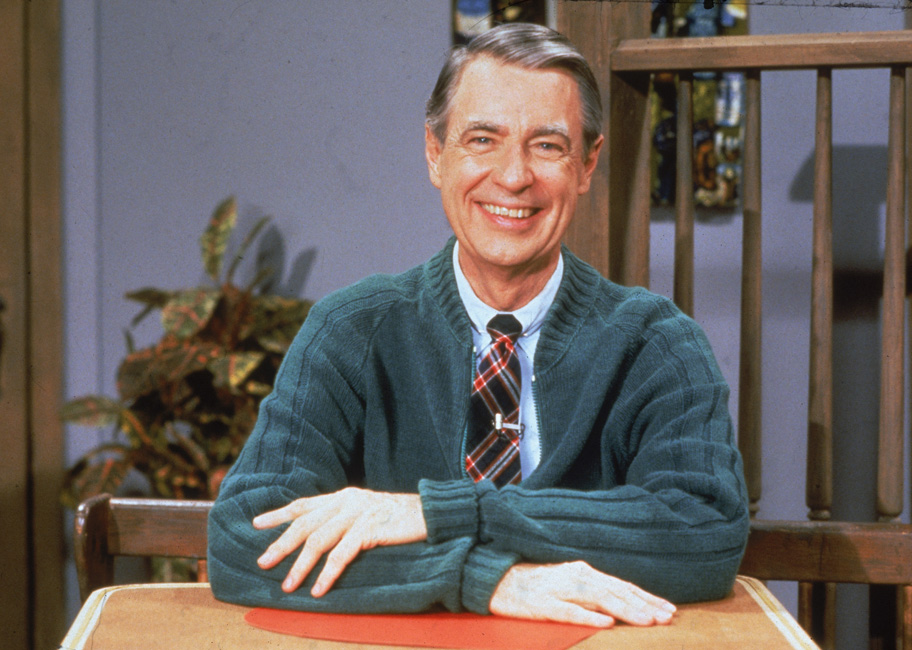 Oh what a birthday bash it would have been – Fred Rogers, the beloved television personality who invited generations of children to be his neighbour, via his TV series Mister Rogers’ Neighborhood, would have turned 90 on March 20. And while all of his pals from his own neighbourhood – and, of course, the Neighborhood of Make-Believe – would have surely gathered to throw one heck of block party to mark the milestone, there’s another celebration of sorts taking place today.

The first trailer for the upcoming documentary, Won’t You Be My Neighbor?, by Oscar-winning filmmaker Morgan Neville (20 Feet from Stardom), dropped today, with fans across the world sharing it online and gushing over the touching portrait it paints of the beloved star.

“Love is at the root of everything – all learning, all parenting, all relationships,” Rogers, who died in 2003 at age 74, says in a clip. “Love, or the lack of it. And what we see and hear on the screen is part of who we become.”

“If you take all of the elements that make good television and do the exact opposite, you have Mister Rogers Neighbourhood,” Whitmer says, recalling the words a director once told her. “Low production values, simple set, unlikely star – yet it worked because he was saying something really important.”

The show, which originally launched under the name Misterogers in 1963 on CBC, ran in its most famous incarnation from 1968-2001 — at the time a record-breaking run of 33 years for a kids television series. And, clearly, his message still resonates. Aside from the documentary, a new film featuring Fred Rogers, called You Are My Friend, which tells the real life tale of a journalist whose life is altered after spending time with the TV star for an Esquire profile he’s writing, is in the works, with Tom Hanks slated to play the famed children’s entertainer.

The film’s director, Marielle Heller, spoke to Entertainment Weekly about the movie and noted, ““It’s a story for our times, a story about kindness and family connection and trying to tap into our better self. God knows we need that right now! In the research for the movie, the writers found that more people than they could possibly count credited Mr. Rogers with changing their lives…. [It’s about] one man who’s in a critical point in his life — becoming a new father, having issues with his own father — and meeting Mr. Rogers to write a piece about him, thinking it’s going to be a bit of a puff piece, but it ends up changing his entire life.”

Won’t You Be My Neighbor? hits select theatres on June 8 (check local listings for Canadian showings) while You Are My Friend is still in production.