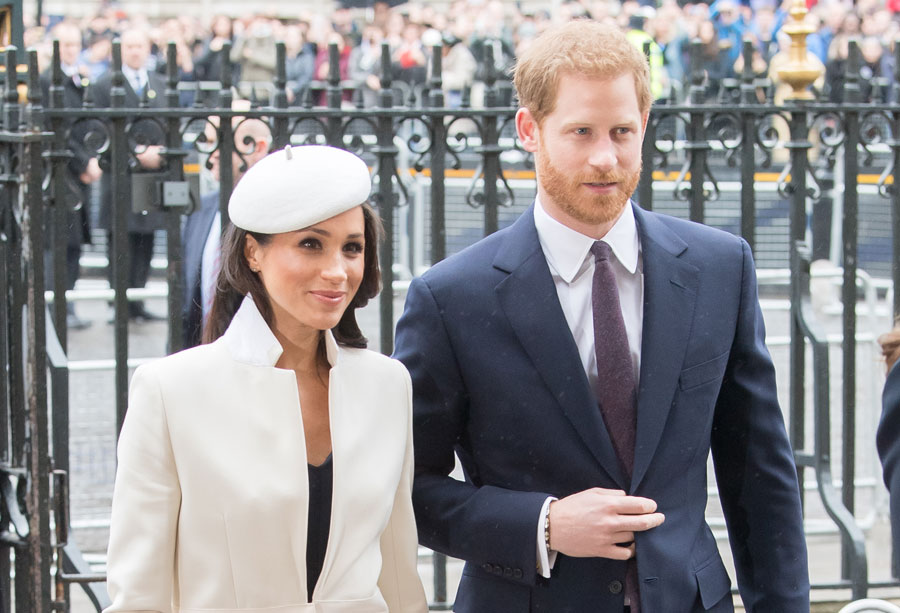 It certainly pays off to have top tier friends, especially if you’re pastry chef, Claire Ptak.

The owner of the London-based organic bakery, Violet Bakery, got the opportunity of a lifetime when she was selected by Prince Harry and Meghan Markle to create the wedding cake for the upcoming royal nuptials.

Wondering how Ptak landed such a coveted gig?

As it turns out, Meghan once interviewed the pastry chef for her now-defunct lifestyle blog, The Tig, where she wrote about food and travel and featured interviews with role models to discuss philanthropy. Clearly, Ptak made quite the impression — and, like Meghan, she was raised in California.

So it was that on Mar. 20 — with less than two months to go before the May 19 nuptials — Kensington Palace announced the couple’s decision on Twitter. According to the statement, Harry and Meghan asked Ptak “to create a lemon elderflower cake that will incorporate the bright flavours of spring. It will be covered with buttercream and decorated with fresh flowers.”

Sounds a little California hippie to us, but what do we know? We’re sure it will be very pretty indeed.

In her own statement, a jubilant Ptak said: “I can’t tell you how delighted I am to be chosen to make Prince Harry and Ms. Markle’s wedding cake. Knowing that they really share the same values as I do about food provenance, sustainability, seasonality and most importantly flavour, makes this the most exciting event to be a part of.”

The unconventional dessert choice is a first for a royal wedding: British tradition calls for fruit cake as the top layer because it lasts long enough to be served at the christening of the couple’s first child, should they have any.

“It’s always been a tradition and that’s why the cake [is often] fruit cake, because after 30 months it’s even more delicious,” royal baker Fiona Cairns told Hello! magazine. And she should know! Cairns created Prince William and the Duchess of Cambridge’s eight-tier wedding cake in 2011.

Harry and Meghan announced their engagement on Nov. 27 and will marry at St. George’s Chapel on the grounds of Windsor Castle. More than 2,600 members of the public will be invited to watch the arrival of the bride and groom. As of yet, an official guest list has not been revealed.